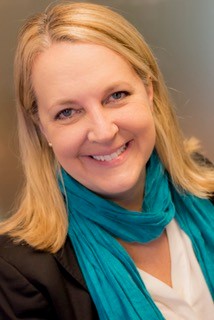 Mandy Minger, Daily Racing Form’s Vice President of Marketing, has been with the multi-media company since 1992. Minger began her career in Thoroughbred racing as a groom at Philadelphia Park and in the publicity department at the Atlantic City Race Course. In 1991, she joined The Racing Times in New York and following the publication’s closing, moved to Daily Racing Form as marketing coordinator in 1992. She held various marketing positions before assuming her current executive position in 2000. Minger chairs the Thoroughbred Aftercare Alliance’s communications committee and is a board member for the New Vocations Racehorse Adoption Program (www.horseadoption.com), the nation’s largest racehorse adoption program. She oversees Daily Racing Form’s aftercare platform, including the annual “Old Friends” and “TAA Magazine” publications.

Minger adopted a retired Thoroughbred named Cut the Talk when she was 13 years old. The gray gelding had previously appeared in the movie “The Black Stallion,” cast as Cyclone in the match race at the end of the film. To pay her OTTB’s board, she worked at Philadelphia Park on weekends while still in high school. She wasn’t old enough to apply for a track license, so the trainer she worked for drove her to the track and as they neared the stable gate he would cover her with a horse blanket. She credits her career path in racing to her off track Thoroughbred.

Minger is a previous president of the Turf Publicists of America and a member of the Eclipse Awards steering committee. She has been a guest speaker at the University of Arizona’s Race Track Industry Program and has been profiled in Horseplayer Magazine’s “Women in Racing” series. She actively contributes to the national marketing efforts of Thoroughbred racing. Minger earned a B.A. in Literature from Richard Stockton State College in Pomona, N.J., where she was sports editor of her college newspaper. She travels annually to San Pedro Sula, Honduras, where she does mission work at Our Little Roses orphanage. Minger resides outside of Philadelphia with her husband, two daughters, and two dogs.