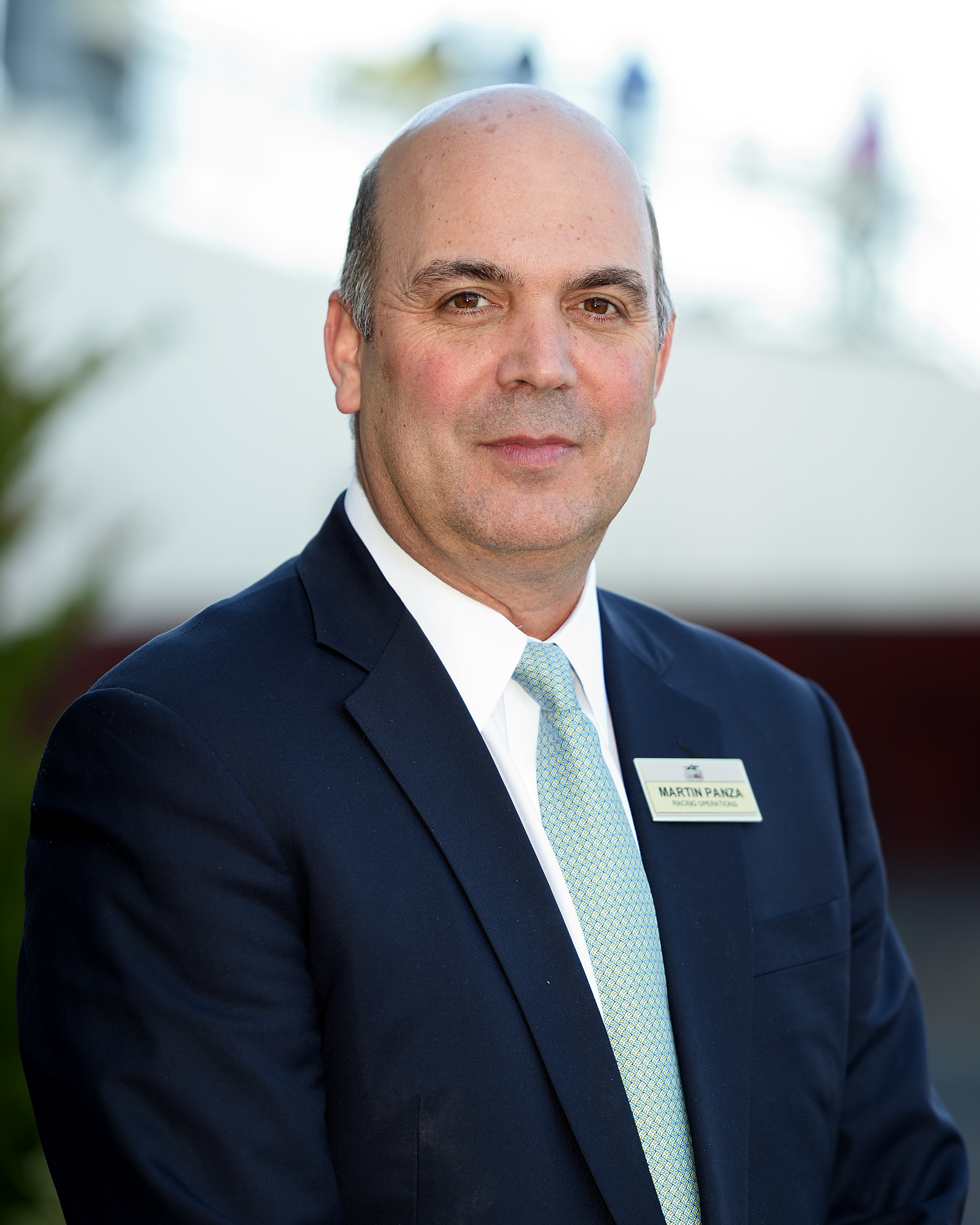 As Senior Vice President of Racing Operations, Martin Panza provides strategic leadership and management oversight of all racing functions at NYRA, including program planning and the international development of racing operations. Under Panza’s leadership, NYRA has developed its “big-event” concept, the bundling of major stakes races into major days like the three-day Belmont Stakes Racing Festival, Travers Day, Whitney Day and the Stars & Stripes Festival.

Panza created the American Oaks, a prestigious turf race for 3-year-old fillies that earned a Grade-I ranking in its initial year of eligibility. In doing so, he produced a sponsor, American Airlines, and built the reputation of the race by recruiting horses from Europe, Asia and Australia. Panza also created the first guaranteed wager in the United States, a guaranteed Pick 6 for $1 million, in 1998.

Panza is a graduate of the Race Track Industry Program at the University of Arizona.