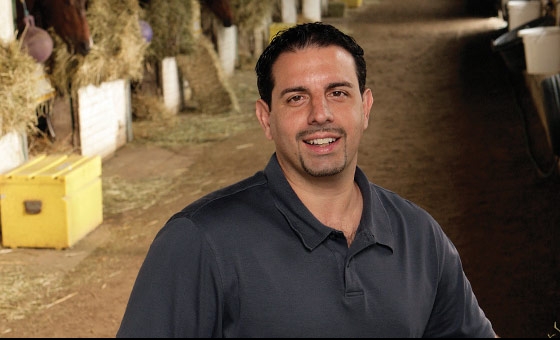 As a teenager growing up in Middle Village (Queens),New York, Mike Repole would quench his thirst for racing and gambling action by either jumping on a bus to Aqueduct or by running to his favorite Off-Track Betting (OTB) parlor on Grand Avenue. Mike actually named one of his horses “Run to Grand Ave” in honor of his beloved OTB.

Today Mike comes to the racetrack with a lager bankroll then he once did having sold his company Glaceau, maker of Vitaminwater and Smartwater, to Coca-Cola for $4.1 billion in May 2007.

In addition to still attending and playing the races, in the last several years Mike has ventured into Thoroughbred ownership. After having first started out with a large stable of mostly claiming horses, Mike has begun to upgrade his racing stock. His most accomplished and well known runner was Uncle Mo who was named the 2010 champion juvenile. Uncle Mo was also one of the favorites for the 2011 Kentucky Derby prior to having to be scratched Derby morning due to a rare liver ailment which plagued the horse. Uncle Mo has since retired to stud and made a big splash in his early years as a sire.