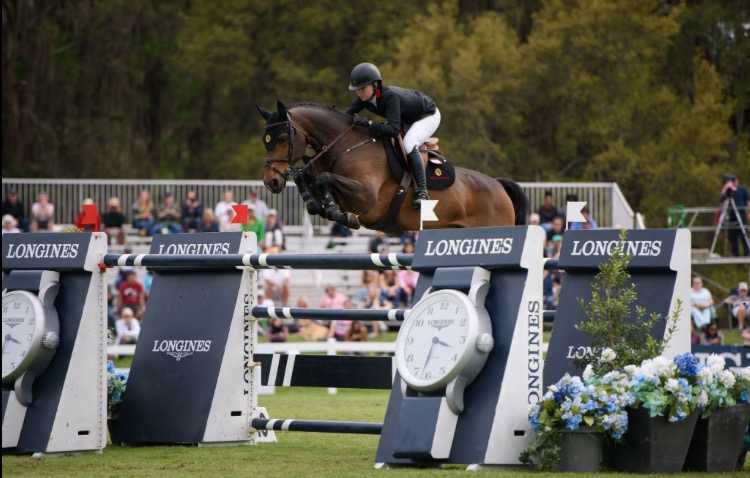 Nicole Walker is Vice President at The Stronach Group, one of the world’s leaders in Thoroughbred horse racing and entertainment, racetrack operations and pari-mutuel wagering technology. At The Stronach Group she works closely with her mother, Belinda Stronach, and grandfather, Frank Stronach, helping to shape many areas of the business including the marquee racing events such as the Pegasus World Cup Invitational and the Thoroughbred retirement and aftercare programs at Adena.

A 2014 Wilfrid Laurier University graduate of Environmental Studies and Business Management, Nicole is an accomplished up and coming equestrian on the Canadian and International show jumping circuits. She has had international sanctioned victories across Canada, America and Europe. Initially competing in the equitation classes she won every major final in Canada. Since moving to pure show jumping, Nicole has competed for the Canadian Junior Nation’s Cup Team, represented Canada in U25 championships, and had many international victories. Most recently she was the winner of the 2017 Penn National Grand Prix 3* in Harrisburg, PA and the U25 Canadian National Champion.

Outside of the competition ring, Nicole actively assists with the management of the in-house Adena Springs Thoroughbred Retirement program located at her home base in Aurora, Ontario. This endeavor helps to retrain and rehome Thoroughbred racehorses once they have retired from their on-track racing careers.