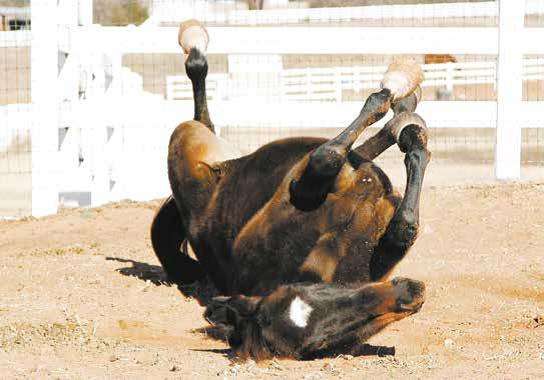 The Oklahoma Thoroughbred Retirement Program was the 2007 brainchild of Royce Clay and Robin Brookins, Oklahoma horsewomen sharing a common concern and sense of responsibility regarding the future of the state’s ex-racehorses. Adhering to the philosophy that charity should begin at home, ever since the organization’s launch 13 years ago, its focus has largely been on rescuing, rehabilitating, retraining, and adopting out horses with ties to the Sooner State.

An off-the-track Thoroughbred rescue and aftercare operation, Oklahoma Thoroughbred Retirement Program takes in both injured and sound ex-racehorses and offers permanent sanctuary for individuals who cannot be rehabbed for second careers. The organization, which charges a flat $500 adoption fee, was also active in caring for displaced horses following the deadly 2013 tornado in Moore.

The program’s many success stories include Oklahoma-bred Aisle Two, a stakes-placed earner of $183,062 who had descended to low level claiming company before being discovered en route to an auction; and Prospective Kiss, a multiple stakes winner and earner of $432,956 who ran through age 12 and dropped to a $2,500 claiming price before being happily reunited with his breeder.

Among current Oklahoma Thoroughbred Retirement Program permanent retirees are 27-year-old Highland Ice, a nine-time Remington Park stakes winner and earner of $474,909 who serves as the OTRP ambassador and makes regular appearances at Remington; Valid Message, a multiple stakes winner of $364,167; and No Advance, winner of the 2008 Oklahoma Classics Juvenile Stakes and Remington Park champion 2-year-old male.

“A lot of people assume as a retirement program, we take horses and put them out in a pasture,” board member Chris Kirk said. “But many are in new careers as hunter-jumpers, cow horses on working farms … a little bit of everything.” 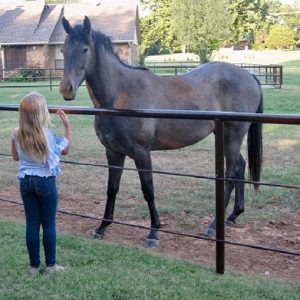 Sashas Image – This Oklahoma-bred filly survived a deadly tornado in Moore, Oklahoma, a massive flood and a barn fire. But now is living the good life. Read more >> 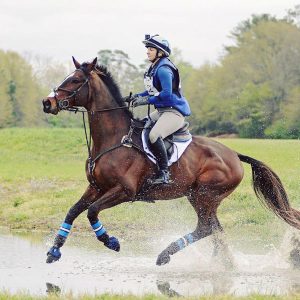 Andrus – Selling her saddle the day before, Mallory Stiver found herself on the way to Oklahoma with her sister with some extra cash to spend. That’s where she spotted Andrus. Read more >>