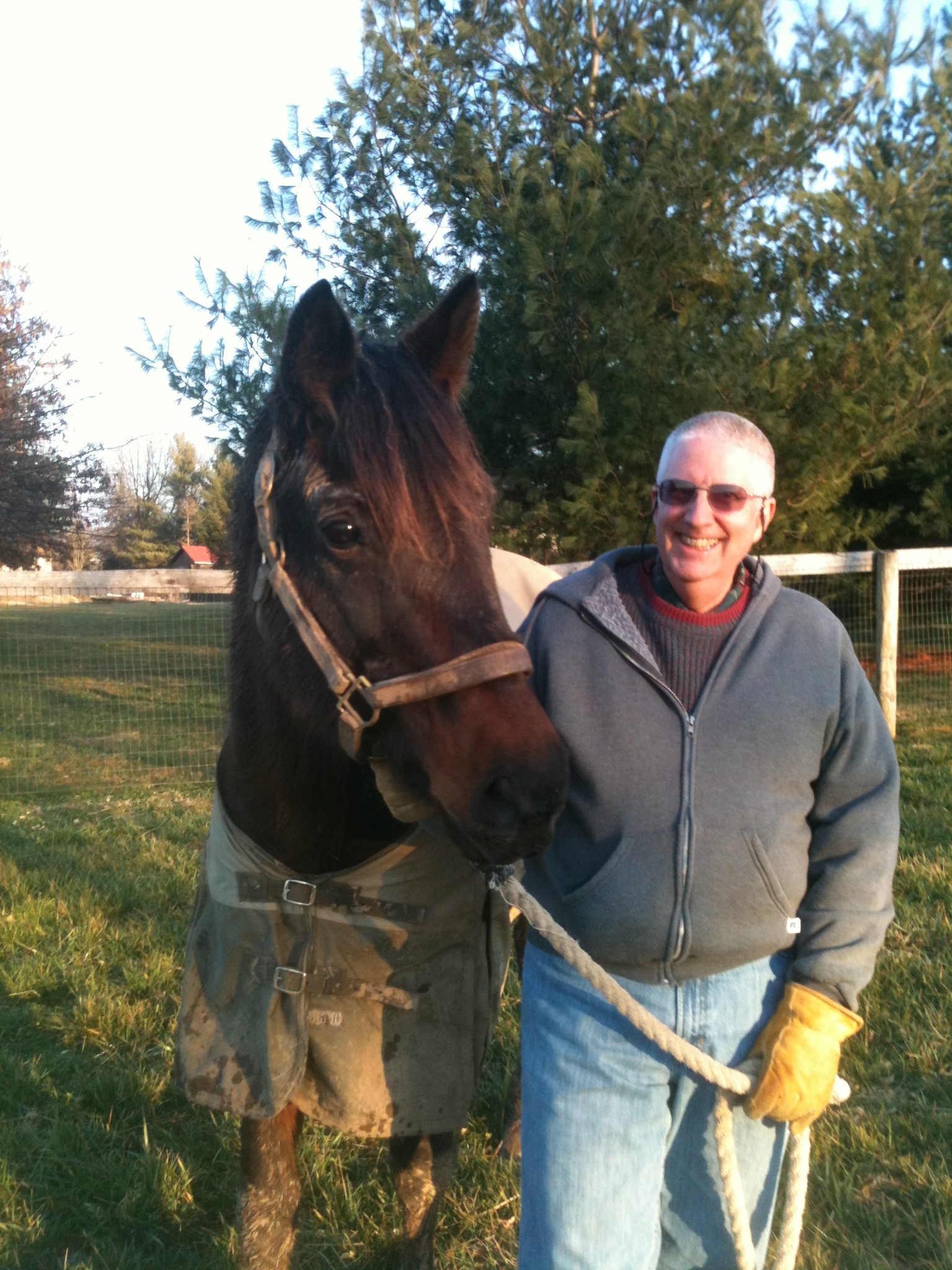 Attorney and retired U.S. Army Brigadier General Phil Hanrahan was named chief executive officer of the National Horsemen’s Benevolent and Protective Association in 2011.  He retired in 2015 but is still very active in the Thoroughbred industry.  He often preforms inspections at TAA-accredited organizations.

Hanrahan grew up working on a horse farm on Long Island, where he learned to ride in exchange for mucking stalls. He spent part of a summer – after attending paratrooper school – walking hots for Hall of Fame trainer Allen Jerkens.

Hanrahan, who at one time was a licensed trainer,  has also owned, bred, and pinhooked racehorses. He is currently a handicapper and occasional tournament player.

In the photo with Hanrahan is Bourbon Native, affectionately known as “Marge”.  She was trained in Phil’s barn for half of her racing career.  After her racing days were over she did dressage, combined tests, and was a great trail horse.  She lived on his small farm to the ripe old age of 29.