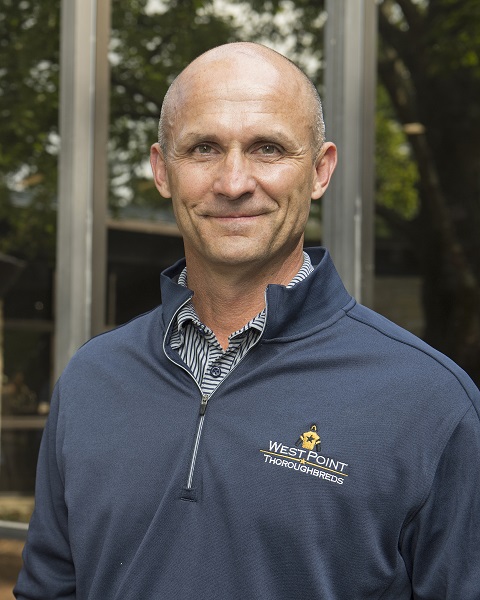 Terry Finley is the Founder and CEO of West Point Thoroughbreds, the largest Thoroughbred partnership company in the world. He’s grown the company from one investor and one claiming horse in 1991 to over 500 investors and more than 80 horses today. Finley graduated from the United States Military Academy at West Point with a degree in Mechanical Engineering and earned a Master of Science in Business Administration from Boston University. He served in the United States Army for eight years as a Field Artillery Officer and is Ranger and Airborne Qualified. In 2014, he completed the Owner/President Management Program at the Harvard Business School for CEOs and Executive Leaders. Terry currently serves on several boards: New York Thoroughbred Horsemen’s Association, Thoroughbred Owners and Breeders Association, Thoroughbred Charities of America, Johnny Mac Soldiers Fund, and the Belmont Child Care Association.