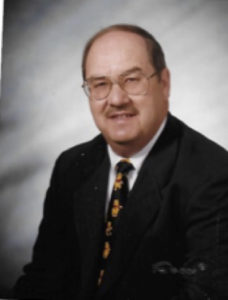 Board of Directors, Florida HBPA

Cannell became a horse racing fan at an early age when he started handicapping races at Waterford Park in West Virginia. His passion for the game brought him his first job in racing, working in the media department at Thistledown in Ohio in 1975.

Cannell’s first win as an owner was in 2006 with Somes Sound. The top horses he has owned include Ode to Sami, Eden is Burning, and Mo Cash. He has been a board member of the Florida HBPA since 2009.

Before retiring, he was the Assistant Director at the Ohio Department of Insurance before moving on to be Executive Vice President at an insurance company.

Cannell was born in Cleveland and raised in Canton, Ohio. He graduated from Franciscan University in Steubenville, Ohio with a Bachelor’s Degree in Business Administration. He was a four-year starter for the varsity baseball and golf teams. Cannell was an All-Star catcher and was inducted into the Amateur Hall of Fame (Ohio) in 1992.