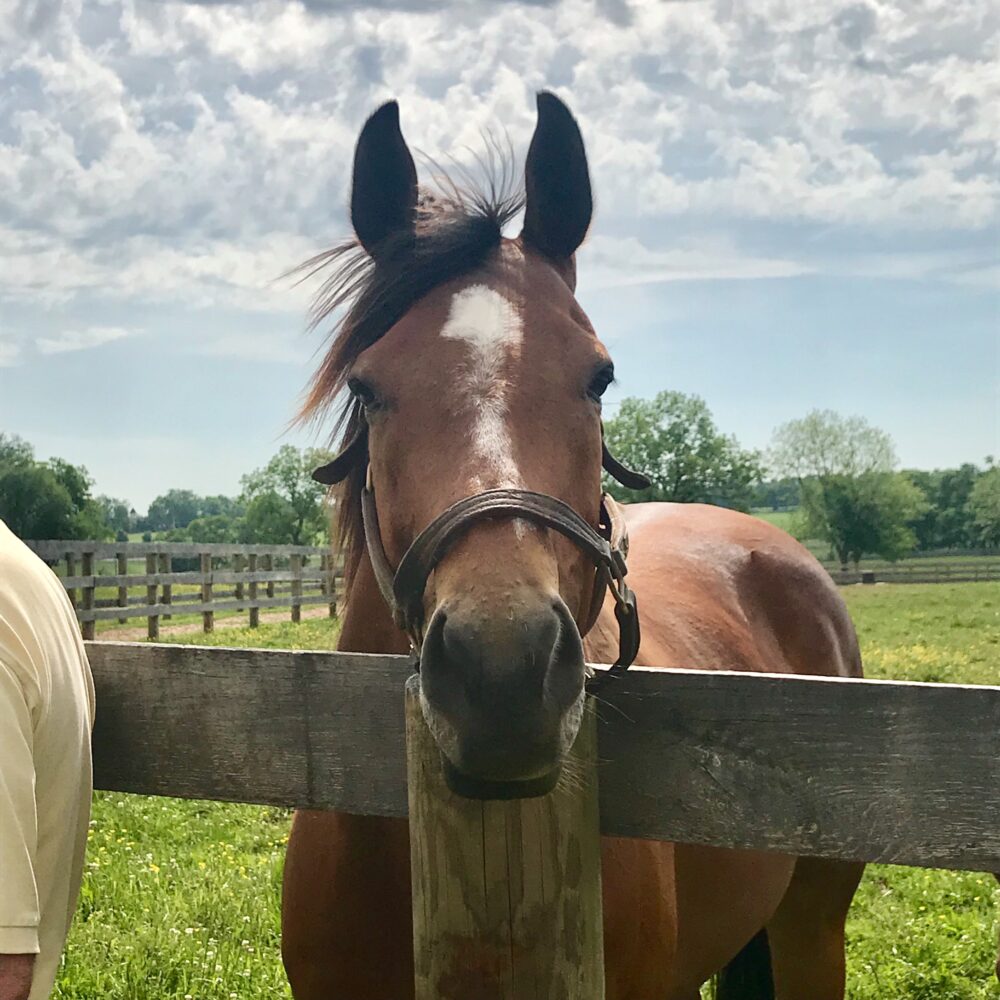 Ivan Fallunovalot, a current resident at TAA-accredited Old Friends, made a total of 32 starts in his six seasons on the track, accumulating a 17-6-2 record and earning just over $1 million.

As a 3-year-old, the Texas-bred son of Valid Expectations broke his maiden on the first try at Sam Houston Race Park. From there, he accumulated various stakes wins at Oaklawn Park and Remington Park, including four consecutive editions of the David M. Vance Sprint Stakes at Remington and back-to-back wins in the King Cotton Stakes at Oaklawn.

He also participated in the 2015 TwinSpires Breeders’ Cup Sprint (G1), finishing off the board after a troubled trip. At 6, he won his only graded stakes race, the Frank J. De Francis Memorial Dash Stakes (G3) at Laurel Park. In total, he won or placed in 11 stakes.

In 2018, at the age of 8, Ivan Fallunovalot was retired and later that year made his way to Old Friends in Georgetown, KY.