Aftercare and the Success of a Race Meet: An Emerging Partnership

Depending on who you ask, the success of a race meet and/or racing event is somewhat dependent on a few well known things; the weather, horses, attendance and amount wagered.
(Sometimes it is the soft pretzels.)

The weather will almost always reflect attendance. Good weather brings more people in the gate and with it a bigger celebration.

And you can always bet the biggest racing events will bring out great horses. Great horses bring an increase in wagering…you get the gist.

The amount wagered is a constant roll of the dice reflected partially by field size, grade of the races, the quality of the athletic choices and potential outcomes.

You may be asking what does this have to do with aftercare?

For the most part when racing does well, aftercare does well. 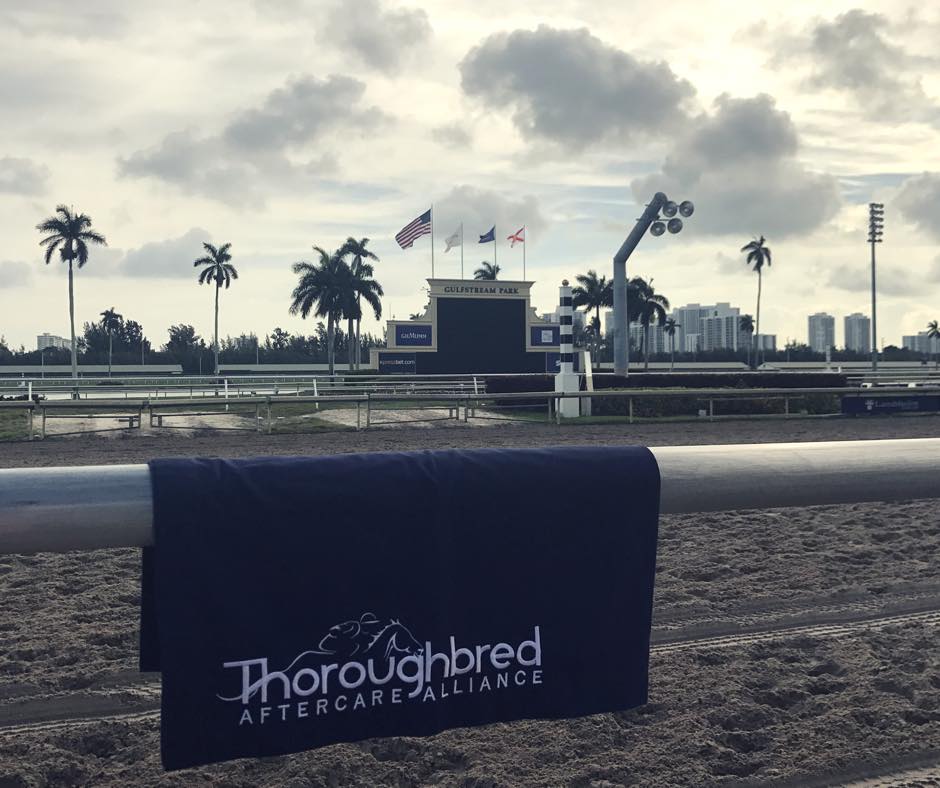 When there are big events in racing  where the TAA is involved, we not only have a chance to raise much needed funds, but it also sets the stage for a greater awareness for all the positive things the Thoroughbred racing industry is doing.

As we wrap up a successful month for the Thoroughbred Aftercare Alliance in South Florida at Gulfstream Park, and in Las Vegas at the National Handicapping Championships contest, we reflect positively on all the events that happened last month and we thought we should share.

There were so many items to list, and it was a whirl wind but here is a basic break down of how the TAA was present at Gulfstream park and Las Vegas over two weekends this January. 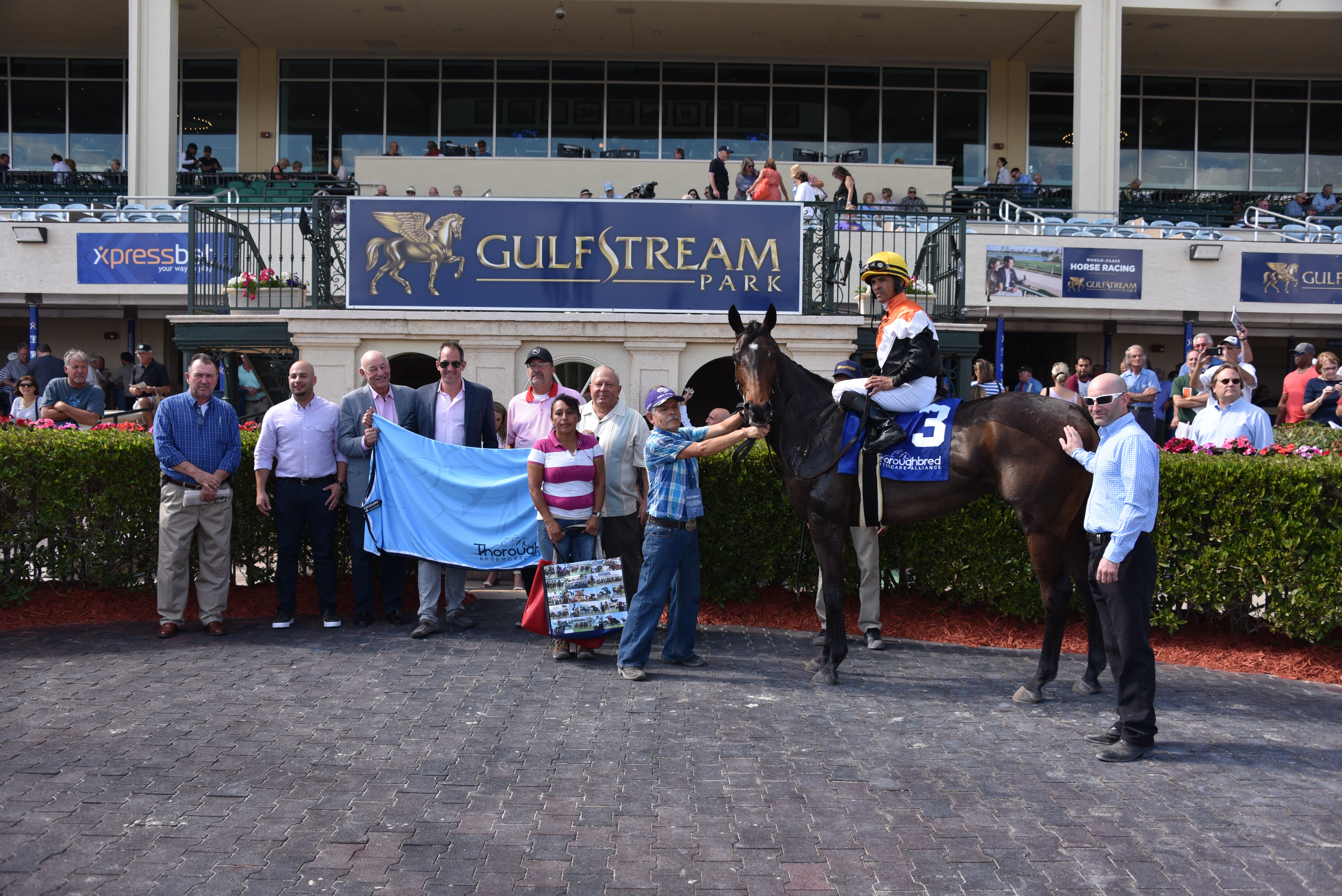 Winner of the Elite Turf Club sponsored race to benefit the Thoroughbred Aftercare Alliance was won by TAA Board Member Craig Bernick of Glen Hill Farm.

Last month was a great and positive example how through big events in horse racing we can help the growth of aftercare awareness and funding. 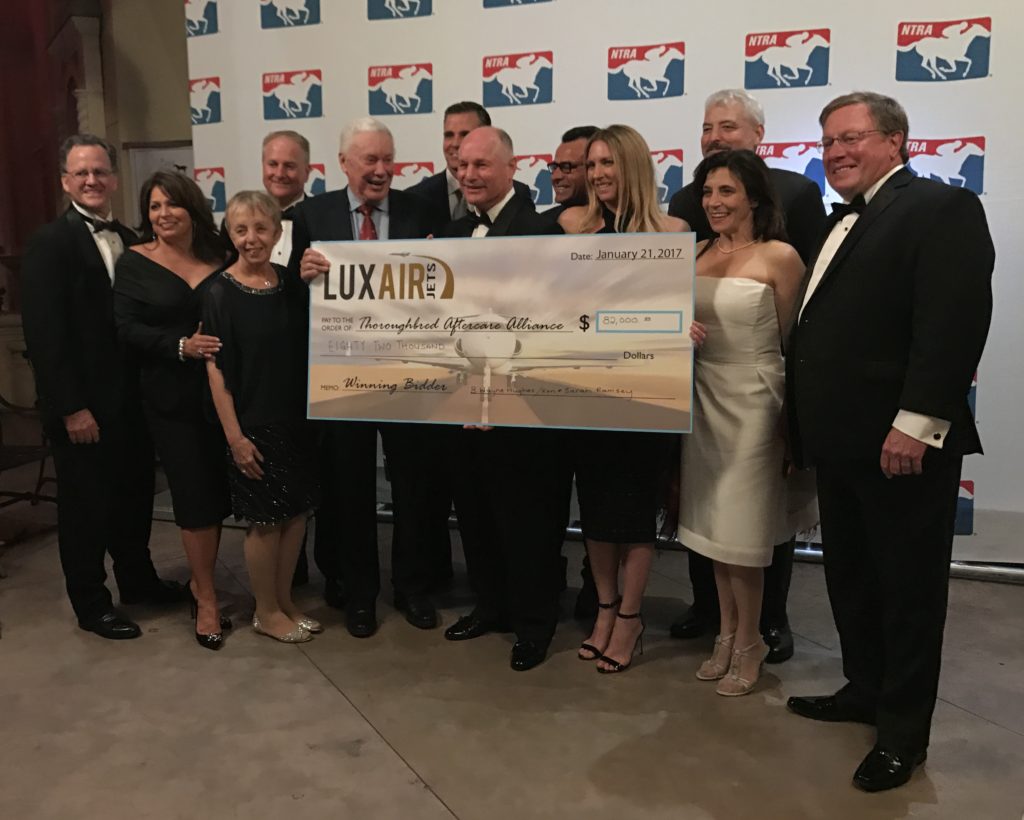 B. Wayne Hughes and Beholder connections pictured with TAA Board Members after LUXAIR auction at the 46th Annual Eclipse Awards at Gulfstream Park.

The TAA is an industry united initiative and our industry stakeholders showed their commitment not just for the TAA but for all of our 64 accredited aftercare organizations across North America. When we work together as an industry there is no limit to what we can achieve.

And by the way, Gulfstream Park has a great soft pretzel!