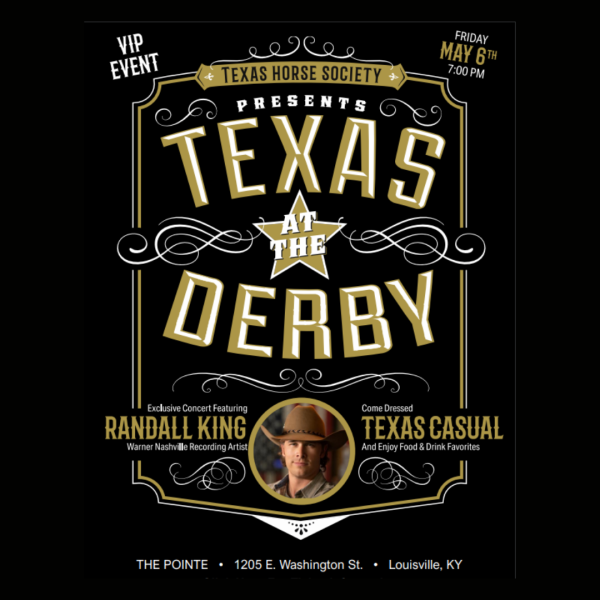 Digital Ally, Inc. (NASDAQ: DGLY) (the “Holding Company”), today announced that its newly created entertainment division Kustom440™—along with its other wholly-owned subsidiary TicketSmarter®—will produce its first event, Texas at the Derby, on May 6 in Louisville, KY. Texas at the Derby will feature a VIP concert by Warner Nashville country music artist Randall King the night prior to the Kentucky Derby.

The Kentucky Derby event will begin at 7 p.m. ET and will be held at The Pointe, a historic event center located in the Butchertown area of Louisville, just minutes from downtown. The event will benefit three non-profit organizations – Refuge For Women, Thoroughbred Aftercare Alliance, and the Texas Horse Racing Hall of Fame.

“We are excited to begin producing concerts and events under the Kustom440 name,” said Stan Ross, CEO of Digital Ally, adding, “Our team sets the standard for unique, customizable live experiences and we look forward to working with Warner Nashville and Randall King during the Derby weekend.”

Kustom440, a wholly-owned operating company of Digital Ally, is the latest addition to the Holding Company’s growing group of subsidiaries, which are being established as part of DGLY’s previously announced plan to diversify its product and service offerings. Kustom440 leverages relationships built through various venues and partnerships to market & produce unique, customizable live experiences. Kustom440 will also utilize existing synergies between the Holding Company’s other subsidiaries, such as its primary and secondary ticketing platform TicketSmarter.