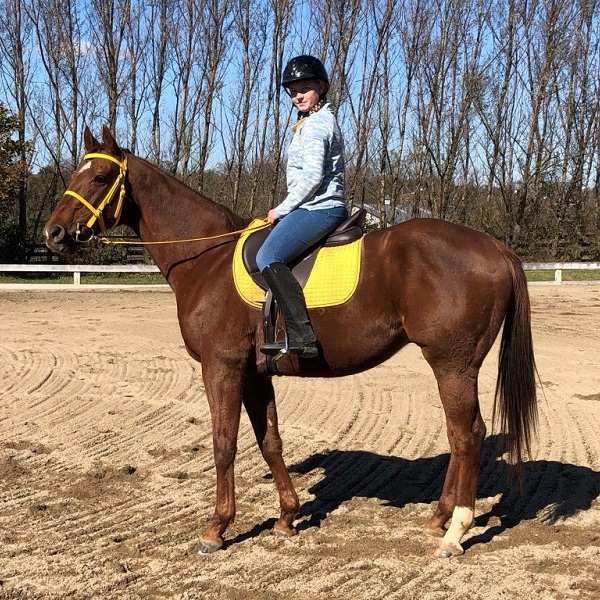 Far Right made 25 starts and retired with a record of 4-6-6 to TAA-accredited second Stride. The son of Notional earned just over $765,000 during his four years on the track. He was on the Derby trail in 2015, winning the Smarty Jones Stakes, then picking up his only graded stakes win in the Southwest Stakes (G3), and finishing second behind eventual Triple Crown winner American Pharoah in the Arkansas Derby (G1).

With those placings, he earned enough points to start in the 141st running of the Kentucky Derby (G1) with Hall of Fame jockey Mike Smith aboard.

Far Right came to Second Stride with a fractured sesamoid, but after a year of rehab he came back sound and ready to learn. In the last few years, Far Right’s breeder Madelein Basson had developed a habit of taking in young OTTBs with minor injuries to retrain for second careers.

“We really started doing this to find a good young horse with potential for my daughter, who at the time was 9-years old, to show,” Basson said. “Long story short we found some awesome horses, trained them to resell, but became so attached we end up keeping them. Now we have four beautiful show geldings.”

In April of 2019, the gelding spent a month at the Kentucky Derby Museum at Churchill Downs as their resident Thoroughbred before returning to Second Stride. When Basson saw that the once familiar Kentucky-bred was up for adoption, her and her husband agreed it was time to bring him back home.

“He is doing great,” Basson said. “He has four great pasture buddies and has adapted very well to his new life of being spoiled rotten. The best choice I ever made was to bring him home.”

After just a few weeks, Basson reported that both her and her 11-year old daughter had enjoyed hacking him around with no drama.

“I get on him every other day and just do a lot of flatwork; he is very calm and relaxed,” Basson said. “I think he will end up being a trail horse for my husband. He has given his everything in his first seven years of life, so from here on it is just vacation for him.” 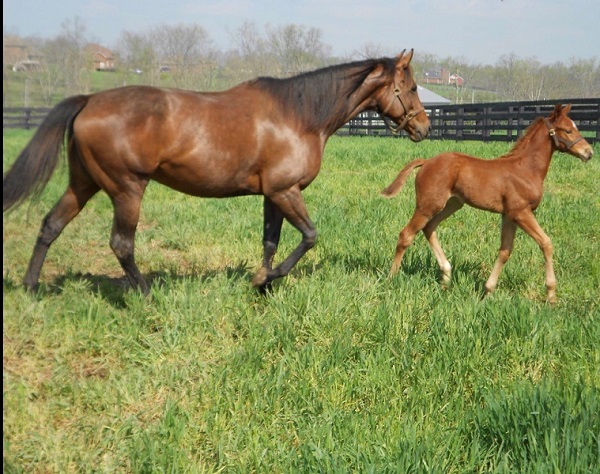 Far Right and his dam, Zindi.