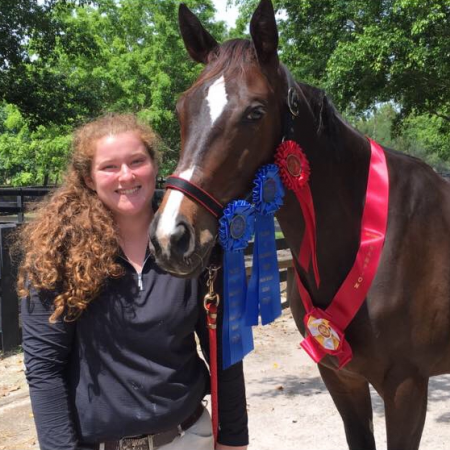 La Sheikh only had one win and three thirds, earning $16,656 in her 26-start racing career that took place in South Florida. But now she’s racking up show ribbons in her new career with adopter Brittney Marshall.

The now 10-year-old daughter of Essence of Dubai was rescued from a situation in South Florida where horses were found starving. She was picked up by TAA-accredited South Florida SPCA and was rehabbed before being adopted out. Now, with a new name of “Twizzler,” she’s enjoying her time in the show ring with Marshall.

Read more about her story on OffTrackThoroughbreds.com.

Hear from Marshall in this video: