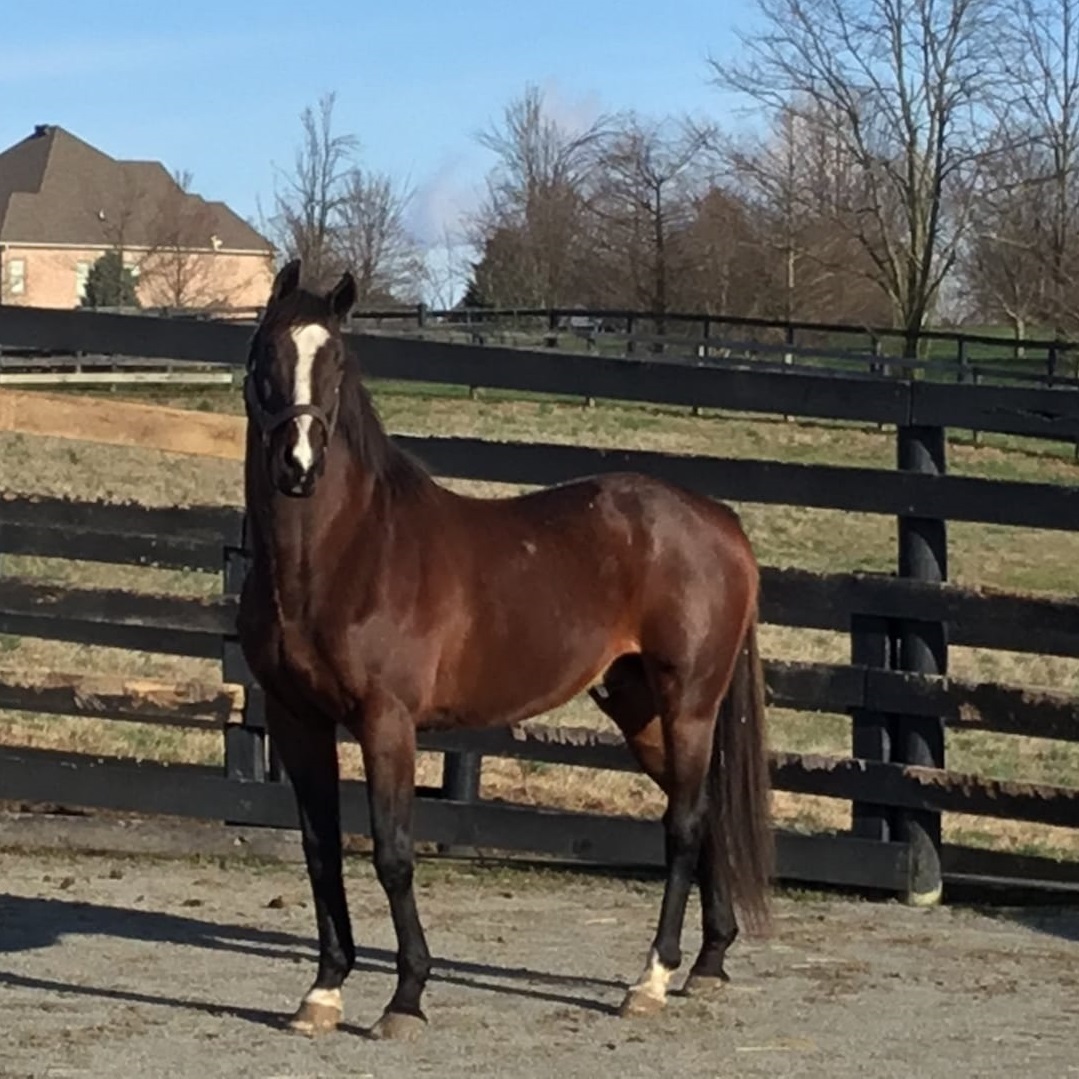 The multiple graded stakes winner, who is now 19, arrived from Mighty Acres in Pryor, OK, where he has stood since 2015.

Blind in his right eye since birth, Pollard’s Vision was named after Seabiscuit jockey Red Pollard.

Bred in Kentucky by Charles A. Smith, Pollard’s Vision (Carson City – Etats Unis, by Dixieland Band) was campaigned by owner Edgewood farm and trainer Todd Pletcher. A consistent performer throughout his career, the dark bay colt broke his maiden as a 2-year-old at Saratoga Race Course in his second start. At 3, he captured his first stakes and punched his ticket to the Churchill Downs starting gate on the First Saturday in May by winning the Grade 2 Illinois Derby in a wire-to-wire victory.

His 2004 Kentucky Derby (G1) run resulted in a 17th place finish, but Pollard’s Vision went on that year to capture the Lone Star Derby (G3), the Leonard Richards Stakes (G3), and, as a 4-year-old, the National Jockey Club Handicap (G3).

He suffered a career ending injury in the 2005 Whitney Handicap (G1) at Saratoga and was retired.

Pollard’s Vision began his stud career at Wintergreen farm in Kentucky. He relocated to Waldorf Farm in N.Y. in 2013, and to Mighty Acres in 2015.

He is the sire of six-time grade 1 winner, champions, and 2020 Hall of Fame nominee Blind Luck as well as grade 1-placed Twentytwentyvision, among other stakes winners.

“We’re very grateful to everyone at Mighty Acres, especially Randy Blair, for allowing Old Friends to care for Pollard’s Vision in his golden years,” said Old Friends founder and president Michael Blowen. “I remember him so well when he was racing and I’m thrilled that, now, I’ll be able to see him every day.”