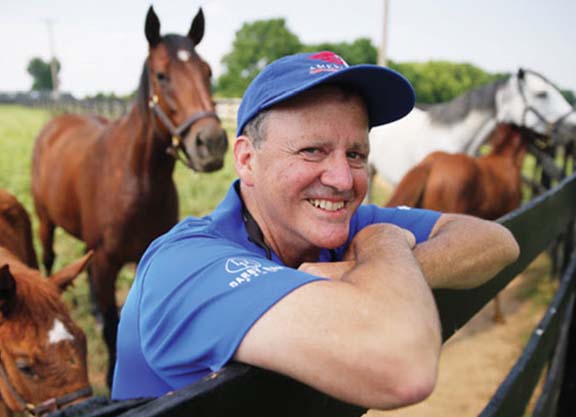 Article published on Friday, January 13, 2017 in the Thoroughbred Daily News

In mid-December, John Phillips was elected president of the Thoroughbred Aftercare Alliance (TAA) for a two-year term. The TDN’s Sue Finley sat down with him at the Keeneland January sales as he started his tenure to talk about his goals for the organization.

TDN: Why did you take on this role, and what do you hope to accomplish?

JP: I took on the role because I am and have always been, as my father and my grandfather before me, enamored with the sport and I think it’s important for this sport to survive. I believe the TAA is one of those pillars which will help it survive. And so when it was offered to me, after a lot of thought, that’s what I decided to do. I decided to take on the TAA role.

Ideally, I would like to see funding for the TAA–and the cause of the TAA, which is to accredit and support the retraining, retirement, humane management of thoroughbreds post racing career–to substantially increase. I think in order to do that however, we’re going to have to expand the approach that we take and, maybe more importantly, the mindset that industry participants have relative to the TAA.