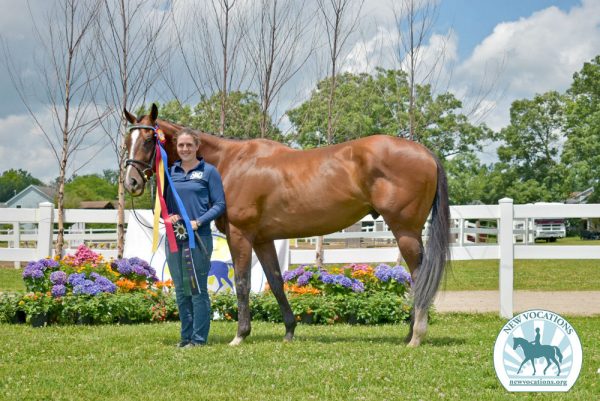 The Jockey Club Thoroughbred Incentive Program (T.I.P.), which encourages the retraining of Thoroughbreds into other disciplines upon completion of careers in racing or breeding, announced the winners and other placings from its 2017 performance awards program March 23.

The performance awards recognize Thoroughbreds accumulating the most points at all horse shows in each of the award categories and divisions throughout the year.

“We received applications representing 562 Thoroughbreds competing in more than 11,000 classes and divisions during the 2017 award year, up nearly 150 horses from 2016,” said Kristin Leshney, senior counsel for The Jockey Club and the administrator of T.I.P.

Created in October 2011, T.I.P. recognizes and rewards the versatility of the Thoroughbred through sponsorship of Thoroughbred classes and high point awards at sanctioned horse shows, performance awards, and non-competition awards.

Read more about Meg McTiver and Pink Magic in this BloodHorse Daily article.