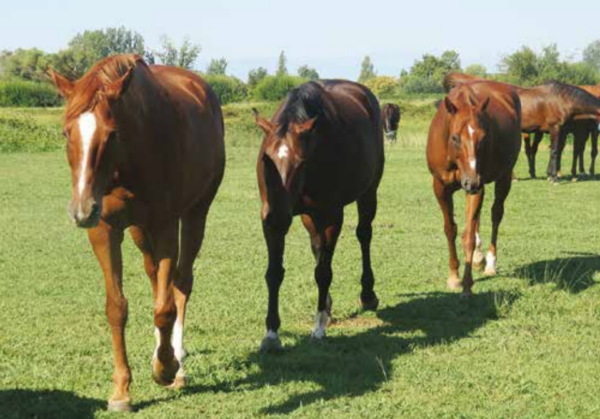 Tranquility Farm, the Harry A. Biszantz Memorial Center for Thoroughbred Retirement, began with the 1998 purchase of an abandoned property in the Tehachapi Mountains of southcentral California – the brainchild of nationally noted owners and breeders Gary Biszantz and John Amerman and longtime horse rescuer Priscilla Clark, and established in the memory of Biszantz’s late father, Harry.

Believing the racing industry had a responsibility for the horses on whose backs it so depended, their plan was to celebrate these Thoroughbreds while helping those who were injured or in need of a home, and at the same time bring broader public awareness to aftercare.

The organization, now more than two decades old, has been a resounding success in doing what it set out to achieve: rescuing, rehabilitating, and retiring Thoroughbreds once their days on the track are over. More than 500 ex-racehorses have passed through its program, the base for which was relocated in 2014 from Tehachapi to Cottonwood in rural Northern California. While many past Tranquility Thoroughbreds have gone on to successful careers in new and loving homes, the present focus of the organization is to provide sanctuary for former runners to simply and happily live out their days.