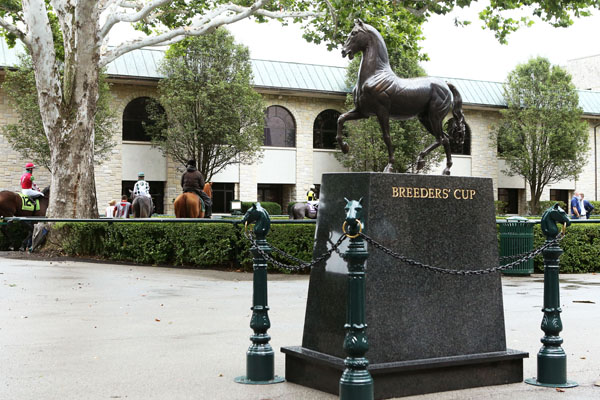 The Breeders’ Cup, one of Thoroughbred racing’s most prestigious international events, consisting of 14 races and purses and awards totaling $35 million, is scheduled to be held on Nov. 6-7 at Keeneland Race Course in Lexington, Ky. The World Championships will be televised live on NBC and NBCSN.

The TAA is proud to be the official aftercare partner of the Breeders’ Cup, and will also be presenting the Thoroughbred Aftercare Alliance Stakes (G2) on the World Championships undercard.

“We are excited that FanDuel will become the title sponsor of the Breeders’ Cup Mile and thank them for their commitment to the World Championships,” said Breeders’ Cup President and CEO Drew Fleming. “Since announcing our multi-year agreement last year, we have enjoyed an outstanding relationship with FanDuel and TVG as they have expanded and strengthened their support of the Breeders’ Cup and Thoroughbred racing.”

“Building off an amazing start last year, FanDuel and TVG are looking forward to this year’s Breeders’ Cup and to working together to create new fans for horse racing,” said Kip Levin, CEO of TVG. “We appreciate Breeders’ Cup’s and NBC Sports’ cooperation in including our charity partners into the race names for this year. Both the PDJF and Thoroughbred Aftercare Alliance do so much to help provide care and resources for our athletes and we wanted to share the spotlight with them on two of our sport’s biggest days.”

The collaboration also established TVG and FanDuel official partner status for four of its business units: Advanced-Deposit Wagering (TVG) as well as sports betting, daily fantasy sports and online casino, all of which operate under the FanDuel brand.