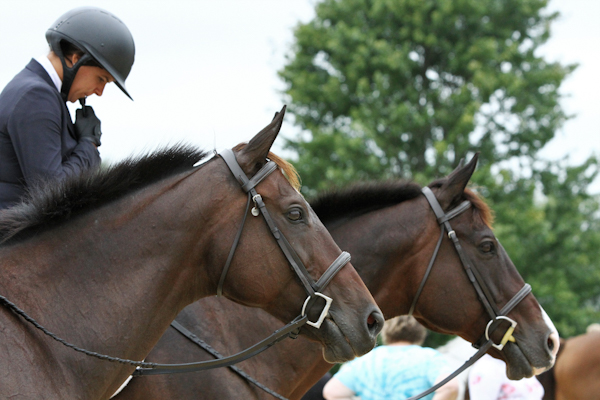 A strong showing of horses from TAA-accredited organizations will be making their way to the Kentucky Horse Park Sept. 6-8 for the 2019 New Vocations All-Thoroughbred Benefit Show and Thoroughbred Incentive Program Championships.

Horses that have qualified for the T.I.P. Championship portion of the show are eligible for TAA High Point Awards in the hunter, jumpers, dressage, and western dressage.

The TAA is also sponsoring the Adopted Horse English Pleasure flat class, for horses adopted from an aftercare nonprofit, taking place the morning of Sept. 7 in the Stonelea Ring. (View the full class list here)

Among the entries are a few notable horses to watch from the 12 TAA-accredited organizations represented:

Two half brothers will be competing, both adopted through New Vocations. Kulik Lodge (Curlin) and Hot Tin Roof (More Than Ready) were bred by Stonestreet and are out of the Giant’s Causeway mare Kulik Cat.

Lou Brissie (Limehouse) took the 2010 Kentucky Juvenile Stakes (G3) at Churchill Downs. After 21 starts, he retired and was adopted from Old Friends.

Virtual Machine (Drosselmeyer) was runner up in the 2017 Westchester Stakes (G3) at Belmont Park. He earned more than $200,000 in 17 starts before retiring, and was adopted out via New Vocations.

Designed for War (War Front) finished second just behind grade 1 winner Sadler’s Joy in the 2017 Pan American Stakes (G2T) at Gulfstream Park. He retired with earnings of more than $200,000 and found a new home thanks to New Vocations.

Another New Vocations grad Peppermint Prince (Wildcat Heir) earned more than $200,000 through an on-track career with 97 starts through eight seasons.

War horse Stormin’ Eddie (Stormy Atlantic) earned approximately $170,000 through 57 starts before being adopted out through Thoroughbred Retirement Network of Louisiana.

Only making two starts was Wave Maker (Paynter), who sold for $425,000 as a 2-year-old. He was adopted through New Vocations.