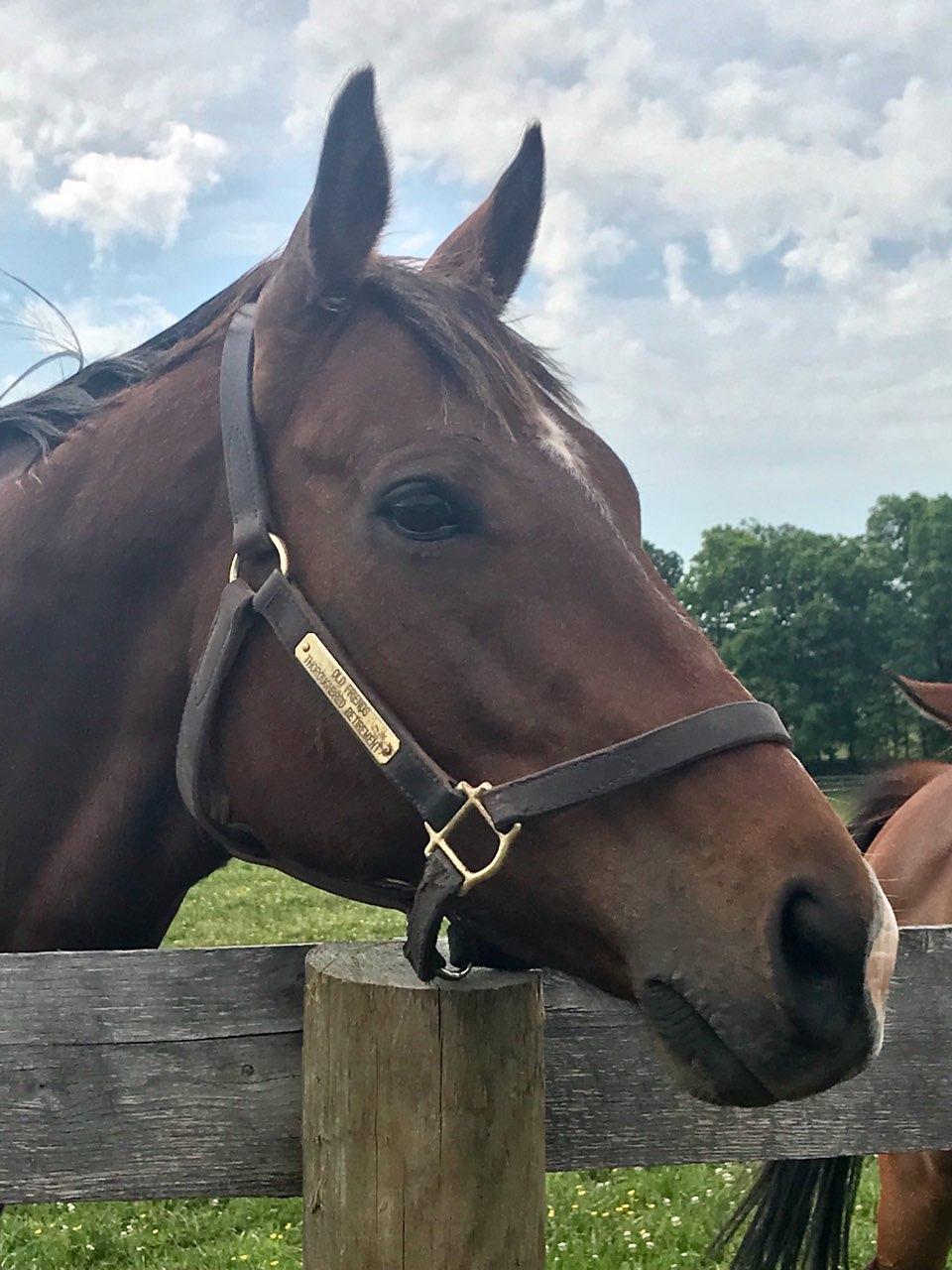 Warhorse and fan favorite Big Blue Nation earned just over $240,000 in his seven seasons and 65 starts on the track.

The son of Bluegrass Cat earned a graded stakes placing at 2 when he ran third in the Three Chimneys Hopeful Stakes (G1) at Saratoga Race Course, but mostly ran in the claiming ranks for the majority of his racing career. Named for the nickname of the fan base of the University of Kentucky, the Kentucky-bred gelding retired from racing with a 8-12-14 record.

Out of the grade 3-winning Defrere mare Lilah, he is a half brother to multiple stakes winner Mo Dont No (Uncle Mo).