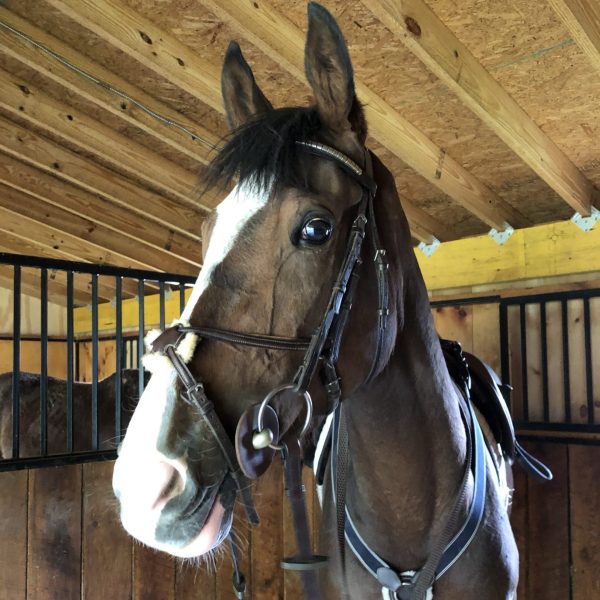 While she never broke her maiden on the track, Buddha Kai checked all the boxes and more for adopter Mackenzie Towler.

As soon as TAA-accredited After the Races posted a video on Facebook of the Maryland-bred arriving to the program from Beyond the Wire and stepping off the trailer, Towler reached out to the organization and put down a deposit for the daughter of Paddy O’Prado.

“I picked her up sight unseen and she is everything I could have asked for,” Towler said. “She was the biggest, most statuesque mare. Even in a video of her just walking off the trailer she oozed class.

“I had been looking for a mare for a bit and she checked all the boxes. When I picked her up she was everything I could have dreamed of.”

Now, the mare and Towler are getting to know each other and are working toward showing together in the jumper arena. And while she wasn’t competitive on the racetrack, her try-hard attitude keeps Towler eager for their future.

“She is wonderful,” Towler said. “I have trained a lot of off-track Thoroughbreds and she is one of the easiest. There is nothing you ask her that she doesn’t give 100 percent.

“She is going to be my jumper. Hopefully a 1.30-meter horse, but it is still early so she is just learning.”