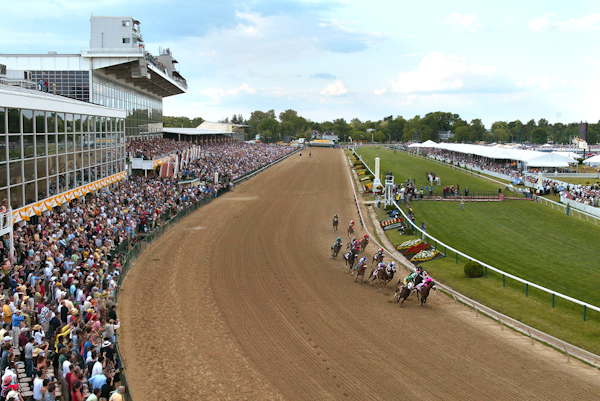 The Earle I. Mack Foundation is pleased to announce that it will be the lead sponsor for the $100,000 Sir Barton Stakes, held during the 2019 Preakness Weekend at Pimlico Race Course. Taking place on May 18, the Sir Barton Stakes will benefit the Thoroughbred Aftercare Alliance and the Man O’War Project.

The Man O’War Project is a joint venture of the Earle I. Mack Foundation and Columbia University Irving Medical Center that is exploring the benefits of equine-assisted therapy in the treatment of veterans with post-traumatic stress disorder. The organization was launched by former U.S. Ambassador to Finland Earle I. Mack, philanthropist, military veteran, and an avid horse enthusiast.

“Thoroughbred aftercare is one of my life’s passions, and the collaboration with a group like TAA is a natural fit for the Man O’War Project, which depends on retired Thoroughbreds,” explained the Honorable Earle I. Mack. “Together, our groups will show that life after racing is one full of promise and positivity, and can assist one of our most important communities, our veterans.”

“The TAA is grateful for the support from Ambassador Mack and is pleased to be presenting the race alongside the Man O’ War Project, which is doing much-needed research to help both our horses and veterans,” TAA operations consultant Stacie Clark Rogers said.

Now in its 26th year, the Sir Barton Stakes to Benefit the TAA and the Man O’ War Project is named after U.S. Thoroughbred racing’s first Triple Crown winner, who completed the feat 100 years ago.