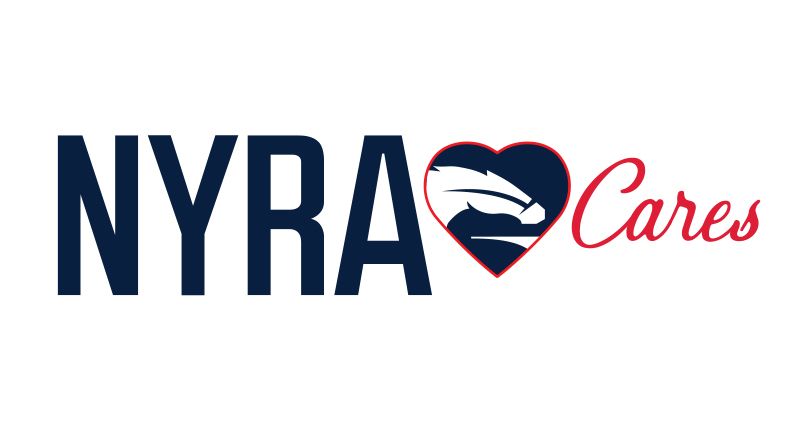 For Stacie Clark Rogers of the Thoroughbred Aftercare Alliance (TAA), there are several ways to measure progress in aftercare.

One is concrete: following up the TAA’s banner 2021 by continuing to pursue the organization’s proven, long-range strategy in 2022 of raising funds for TAA-accredited aftercare facilities – all geared to re-homing retired racehorses.

The other is more personal, best measured by the tales of the racehorses adopted and how they’re thriving in their new careers. For Clark Rogers, the industry’s “success stories” are what she and the others in the aftercare community relish most of all.

“Fundraising will continue to be our primary focus because the assistance goes directly to the organizations now caring for the horses,” said Clark Rogers, the TAA’s operations consultant. “But we love hearing the follow-up stories about the horses adopted and how they’re doing. In New York, that means building on a number of successes in what was a great 2021.”

The TAA awarded a record $3.7 million in grants in 2021 to 82 of its accredited aftercare organizations comprising approximately 180 facilities in North America, including 10 in New York State.

Clark estimates that since the TAA’s inception it has affected approximately 13,700 horses, a number that should grow by more than 3,500 in 2022, which is about the average of the last several years.

Among the organization’s highlights in 2021 was the inaugural TAA Day in August at Saratoga Race Course, which generated nationwide attention to the importance and benefits of thoroughbred aftercare. The two-day event on Whitney Weekend raised funds for various TAA-affiliated organizations, and provided significant exposure to aftercare at one of the country’s most prestigious and closely followed meets.

“NYRA and the New York horsemen have been great supporters of TAA since our inception (in 2012), but TAA Day at Saratoga was amazing,” said Clark Rogers. “For us, it was a validation that aftercare is an integral part of our industry – and one that embraces the whole diverse racing community. That it happened at Saratoga, with such a large fan base and all the media coverage, was huge.”

Backing the TAA in its pursuit of industry-wide funding is the steadfast year-round support of NYRA and its horsemen. Every owner competing at NYRA racetracks donates $10 per start to the TAA, which funds the aftercare organizations that provide homes for retired racehorses.

New York’s horsemen also donate 1.5 percent of the purchase price of every horse claimed at a NYRA track to TAA and the New York Thoroughbred Horsemen’s Association’s Take the Lead program, which provides preliminary vet exams and treatment, as well as costs related to transportation, rehabilitation or retraining. The recently-concluded Big A fall meet saw 47 total claims made for a total of more than $1.34M, generating in excess of $20,000 for aftercare.

Meanwhile, the hard work of accrediting more facilities and re-homing retired racehorses continues. Among the organizations achieving TAA accreditation in 2021 was Therapeutic Horses of Saratoga or THS, which specializes in equine assisted therapy and rescues and retrains retired racehorses for hands-on work with individuals in need. Clark Rogers is soon headed to Spokane, Wash., where she plans to meet with organizers of an equine therapy program for veterans called Down The Stretch.

Small wonder that rehoming retired racehorses is an everyday task involving a never-ending number of details for New York-based trainer Rick Schosberg, who is on the TAA board and also runs the Take The Lead retirement program.

Schosberg said the Take The Lead program is “rapidly approaching” its 900th horse placed thorough the program, a number it should hit in 2022.

“At the moment, I have 12 horses who are transitioning off the track,” Schosberg said. “At any time of the week, we have anywhere from five to 12 horses on our list in different phases of transition. We are very busy and have horses leaving for retirement all the time.”

Take The Lead’s goal with each horse is to create a profile and then network with potential aftercare facilities. To do so, the organization gathers information and medical records and ensures that a vet provide a thorough evaluation of each horse for soundness or any lingering injuries. Key is the need to research and find those horses the best fit and career, whether it’s show jumping, dressage, part of a rehabilitation program or as a companion, turned out on the family farm.

Working to a retired racehorse’s advantage is what Schosberg called “an innate ability to learn new things.”

“[From knowing] the starting gate, the big track, the little track and jogging the right way and the wrong way, they’re already processed for that,” Schosberg said.

To make it work, Schosberg, Take The Lead’s executive director, Andy Belfiore, and aftercare coordinator, Kristin Mason, hold weekly conference calls with an eye to where the horses in transition stand. No detail is too small, from evaluating a thoroughbred’s quirks and habits to bringing in a vet for an exam to checking on van schedules to see if there are any slots on an upcoming trip to Saratoga or Florida in which a transitioning horse might catch a ride to its new home.

“All in all, it’s a busy week and there are times when we’re inundated [with aftercare work],” said Schosberg. “The funny thing is that with modern technology, there are a lack of parameters, and I’ll get a call about a horse at 7 p.m. or 4 a.m. I tend to do a lot of my aftercare work before training – that’s between 3:30 a.m. to 5 a.m. when I’m headed to the barn. A lot of the answers to my questions come back in ‘now time,’ so I have them by the time training is finished. Things can move along pretty quickly.”

Schosberg added that the commitment to aftercare from owners, NYTHA, NYRA and other parts of the industry in New York, combined with the best racing in the country, make New York “better than any other jurisdiction” when it comes to aftercare.

“Because New York has the best racing, it should have the best aftercare facilities – and it does.” he said. “It’s why they [aftercare organizations] want to be here and there are several great ones from ReRun Thoroughbred Aftercare to Akindale Thoroughbred Rescue and others.”

There are success stories just about everywhere you look. In 2021, ReRun Thoroughbred Aftercare in East Greenbush, N.Y. arranged the adoption of between 90 and 110 retired thoroughbreds, all but about 10 of which are former NYRA horses, according to its executive director Lisa Molloy.

“We work primarily with NYRA because hands down, they’re the best racehorses,” said Molloy. “That makes us about as ‘New York’ as it gets.”

Among the recent adoptees at ReRun was the New York-bred Ragnar Lothbrok. Trained by Gary Gullo, the dark bay ran at all three NYRA tracks, but was retired after five races due to injury. Adopted in January 2020 by the Fuller family of Poultney, Vermont, the dark bay now competes in eventing and dressage with Tayah Fuller, a 15-year-old freshman at Poultney High School.

In October, Ragnar Lothbrok who the family now calls Zyn, and Fuller came in third for show jumping and eventing at the Retired Racehorse Project in Lexington, Kentucky.

The Fullers also have two other horses on their farm. In November, the family adopted another NYRA veteran, the Kentucky-bred Recidivist who was trained by Kelly Breen. It’s Tayah’s responsibility to care for all of them.