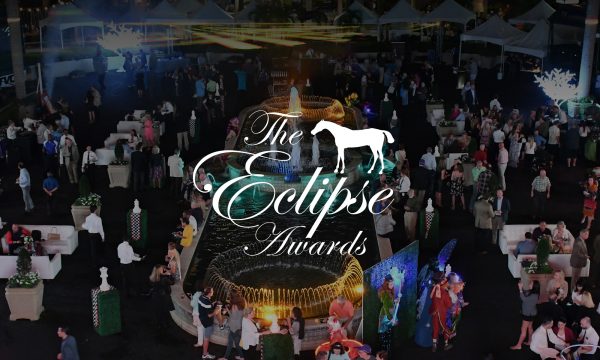 In addition to honoring excellence in 17 equine and human categories this year, the 49th annual Eclipse Awards Jan. 23 at Gulfstream Park will pay tribute to those Thoroughbreds that have moved on to a second career.

The National Thoroughbred Racing Association is inviting fans to participate in saluting off-track Thoroughbreds by submitting photos or videos of their OTTBs on Twitter and Facebook using the #NeverEclipsed hashtag. Selected submissions will be included in video montages to be played throughout the Eclipse Awards in tribute to the enduring legacy of the Thoroughbred racehorse. The deadline for submissions is Jan. 17.

“For thousands of horses, their highest achievements came after they were retired,” said Amy Zimmerman, who, along with Keeneland’s G.D. Hieronymus, is co-producer of the Eclipse Awards broadcast. “This year, the Eclipse Awards salutes all of the Off-Track Thoroughbreds whose top accomplishments took place not on the track, but in their second careers in show rings, on trails or in backyard pastures with loving families. These horses never won an Eclipse Award, thus #NeverEclipsed, but remain some of the sport’s bright and shining lights.”

The Thoroughbred Aftercare Alliance, which has awarded more than $17.2 million in grants to accredited Thoroughbred aftercare organizations since 2012, is the official charity of the Eclipse Awards.

The TAA is also the beneficiary of the Eclipse Awards after party Jan. 24 in the walking ring at Gulfstream Park.

For more information on the Eclipse Awards or to purchase tickets, visit NTRA.com/eclipse-awards.