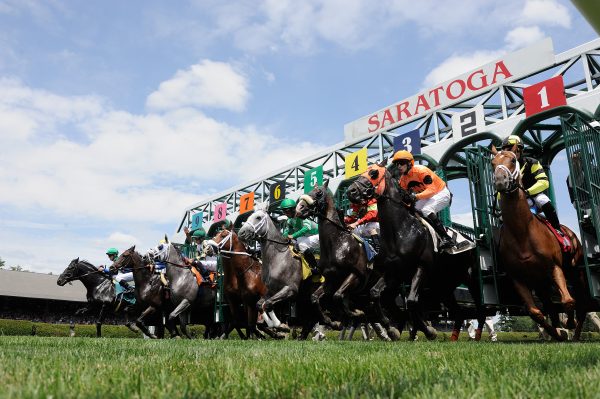 Underlining an ongoing commitment to the safe and healthy retirement of New York’s racehorses, the New York Racing Association and New York Thoroughbred Horsemen’s Association announced June 28 an initiative to increase funding for aftercare for horses retiring from NYRA racetracks.

Beginning July 11 at Saratoga Race Course, prospective owners claiming a horse will be subject to a 1.5 percent aftercare assessment on top of the claiming price of the horse. For example, an owner claiming a horse for $50,000 will contribute an additional $750 toward aftercare.

The funding will be allocated to the Thoroughbred Aftercare Alliance and the TAKE THE LEAD Thoroughbred Retirement Program.

In addition, the existing owners’ aftercare contribution to the TAA will be increased from $5 to $10 per start.

As there is no sales tax applied to claimed horses in New York State, the only additional fee on claims will comes in the form of the new aftercare assessment to be donated directly to aftercare funding.

As is standard practice, the claim will be voided if the full amount including the aftercare assessment is not on account at the time of claim.

“We believe these new directives will generate more than $450,000 in additional spending for an overall direct spend of over $1 million per year towards the valuable work being undertaken by those in our aftercare community,” said Joe Appelbaum, President of NYTHA. “Claiming horses are the blue-collar workers of our racing program, and it is fitting that we create a revenue stream for their aftercare from the robust economic activity generated by the nearly $25 million in claims at NYRA tracks every year.”

The TAA is a nonprofit organization that accredits, inspects, and awards grants to approved aftercare organizations to retire, retrain, and rehome thoroughbreds using industry-wide funding. The TAA is supported by owners, trainers, breeders, racetracks, aftercare professionals, and other industry members.

“As a TAA board member, I have learned that the horses that retire to TAA accredited facilities most often come through the claiming ranks,” said Martin Panza, NYRA’s Senior Vice President of Racing Operations. “This initiative will further support the retirement and rehoming of these equine athletes.”

TAKE THE LEAD, which is sponsored by NYTHA, helps owners and trainers stabled at Aqueduct Racetrack, Belmont Park, and Saratoga find placements with TAA-accredited facilities for horses retiring from the NYRA tracks.

NYTHA Aftercare Committee Chairman Rick Schosberg, also a prominent New York-based trainer, is a key leader for TAKE THE LEAD providing hands-on assistance for owners and trainers in finding a retirement home for their horse. The process includes veterinary exams and medical treatment, covering the cost of transportation to the rehabilitation or retraining placement, and one-time funding for the horse’s aftercare when necessary.

“Since we started in 2013, TAKE THE LEAD has retired more than 475 horses from the NYRA tracks to TAA-accredited facilities,” Schosberg said. “While we help horses at every level, many come from the claiming ranks. It’s great to see New York’s horsemen at the forefront of a new initiative to raise our commitment to aftercare. This was an idea first floated by Rick Violette as a founding member of the TAA, and it’s appropriate that New York is the first to adopt it. Our hope is that this will become a national program.”