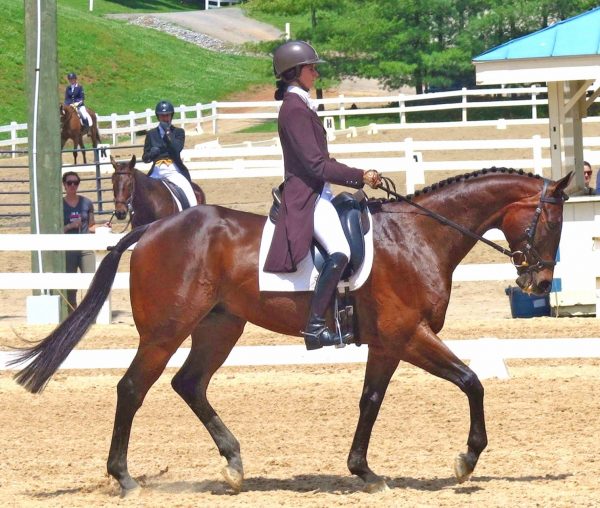 The hammer fell at $450,000 for the son of Indian Charlie, with Eoin Harty bringing the final bid at the 2011 Fasig-Tipton Saratoga select yearling sale.

Now in the care of one of the largest operations in the world with Darley, it seemed that the youngster, named Regiment, had a bright future ahead on the racetrack. But it wasn’t on the racetrack where he began to shine.

After two mediocre starts in maiden races, the runner strained a suspensory in his left front leg, and his connections decided to turn him over to TAA-accredited Maker’s Mark Secretariat Center. His athletic physical caught the eye of McKenzie Dey, who was scrolling through the MMSC horses online.

Read the entire story on BloodHorse.com.