Scenes from the 2018 Preakness Stakes 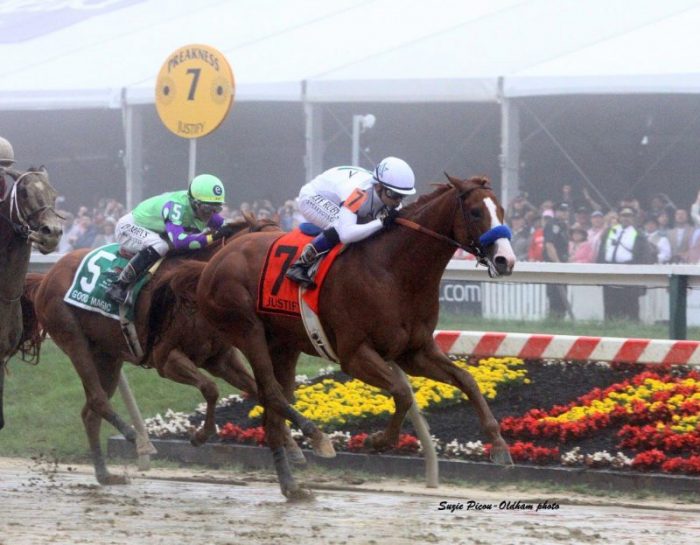 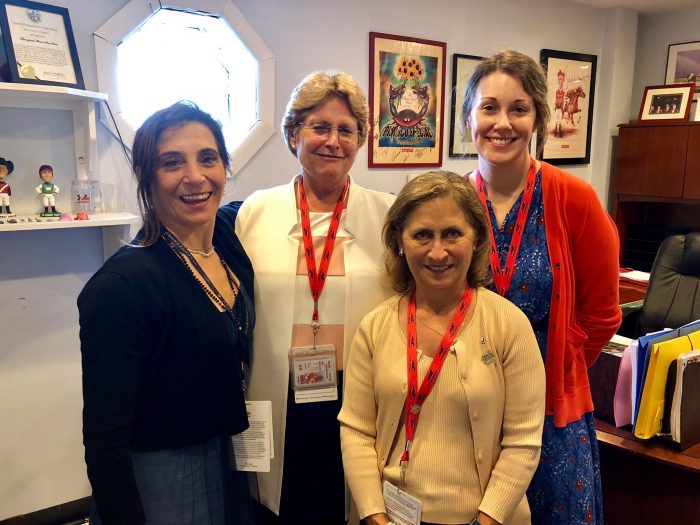 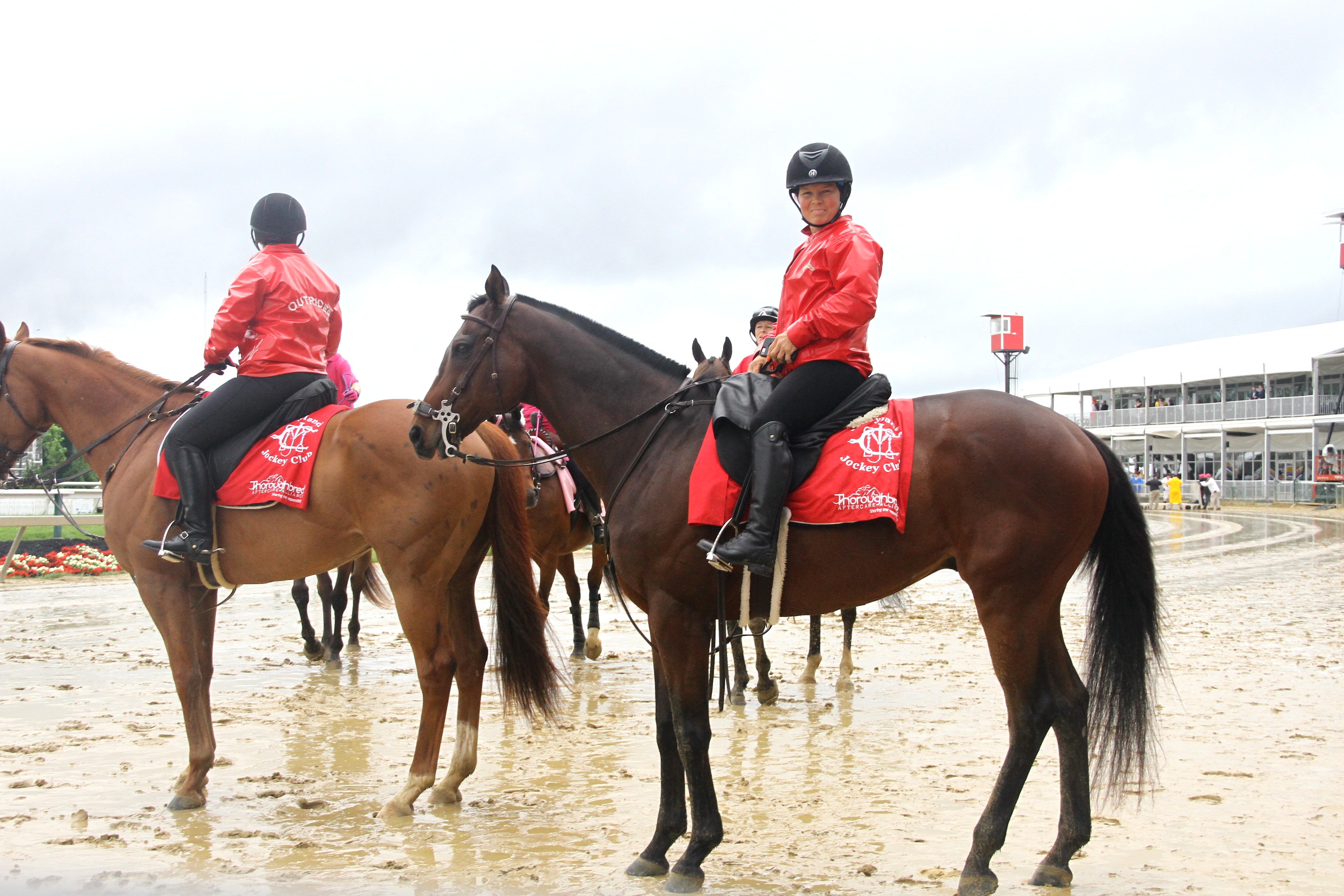 MJC outriders were ready to go on a muddy Black-Eyed Susan Day with their MJC/TAA-branded saddle towels.

Above is Kaymarie Kreidel, head outrider for MJC, and her mount Witch Hunter, an off-track Thoroughbred by Ghostzapper. 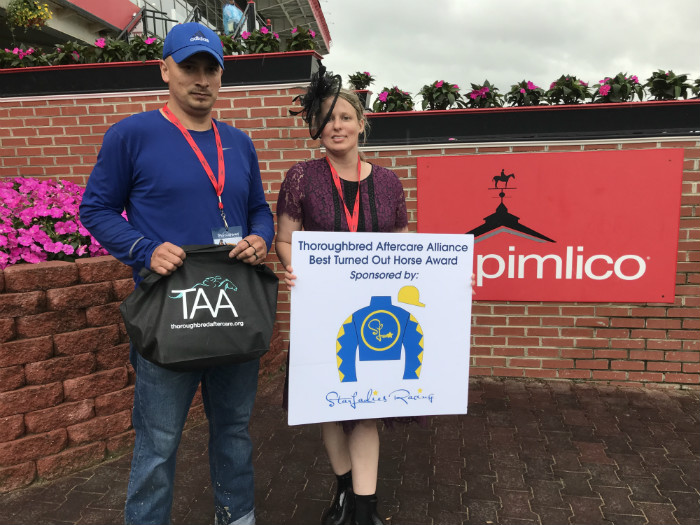 On Friday’s Black-Eyed Susan Day, the TAA awarded the Best Turned Out Horse Award sponsored by StarLadies Racing to the grooms of the best turned out horse for all 14 races on the card. Click here to read more about the award.

Above, guest judge Jessica Hammond, of Maryland Thoroughbred Horsemen’s Association and Beyond the Wire, presents Luis Barajas-Solorio the award for preparing In Jail for the day’s third race. 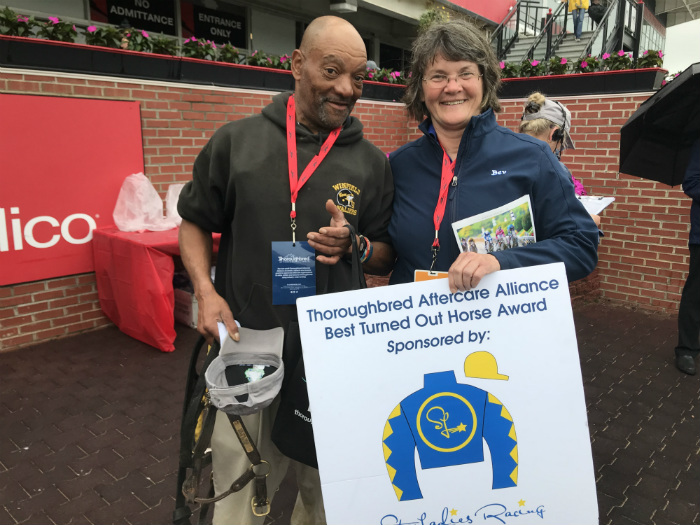 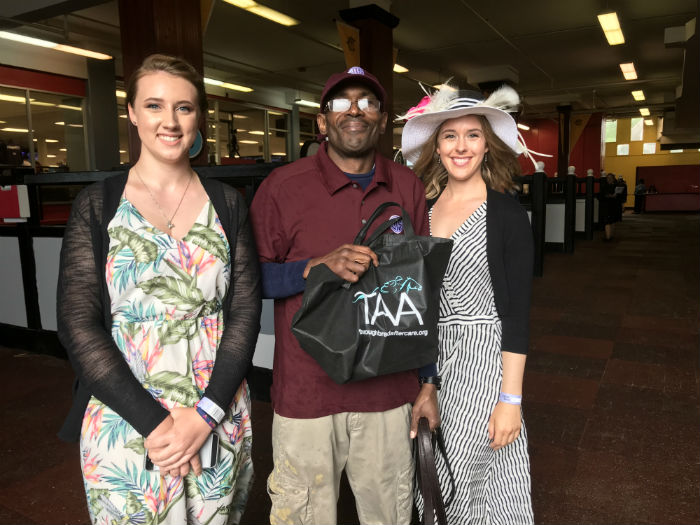 Chloe and Jackie from TAA-accredited After the Races present the Best Turned Out Horse award to Mark Brown with Eclipse Thoroughbred’s Anne Dupree, runner up in the fourth race. 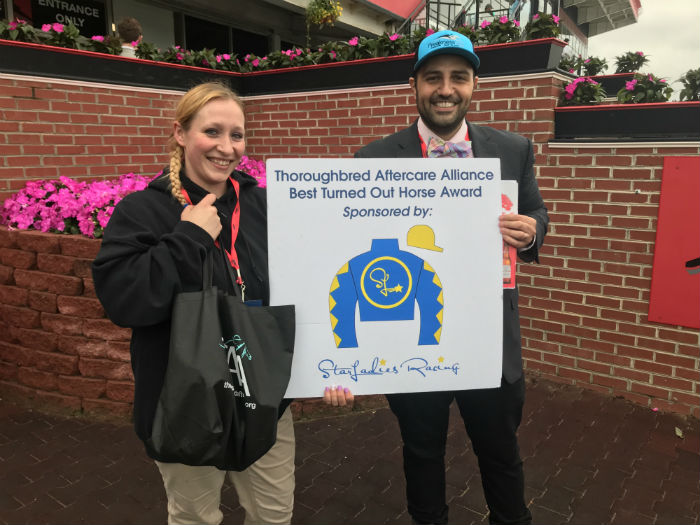 Dan Tordjman, of Equestricon and America’s Best Racing, presents the award for race 13 to Brianne Lynnae Luchau, the groom of stakes winner Power of Snunner. 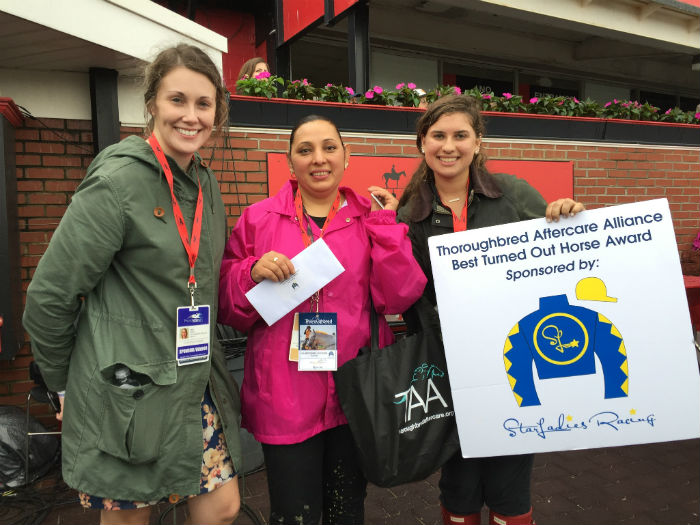 TAA representatives Erin Shea and Anastasia Vialov present the award for the 11th race to Patricia Sepulveda (center), groom of Stakes on a Plane.

Click here to view the Facebook album from the TAA Best Turned Out Horse Awards presented by StarLadies Racing. 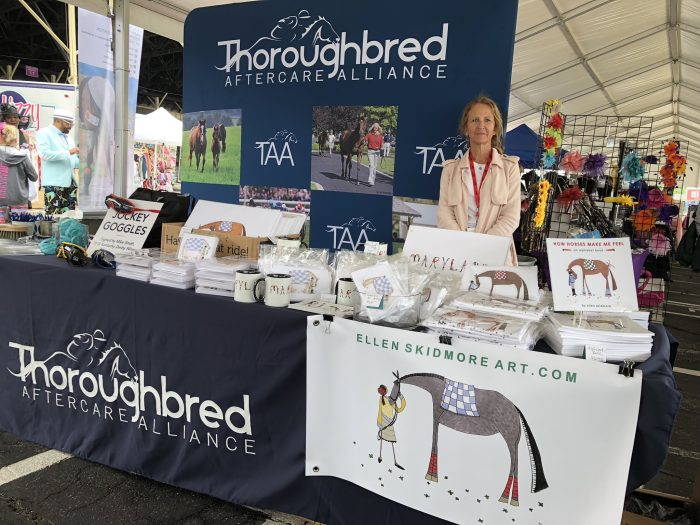 The TAA shared a table in the Girls Galleria on Black-Eyed Susan Day with Ellen Skidmore. 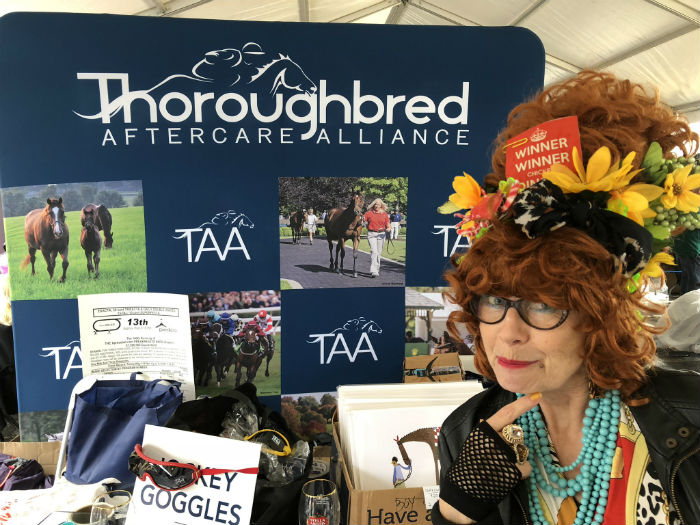 A Baltimore “Hon” poses with the TAA table in Girls Galleria. 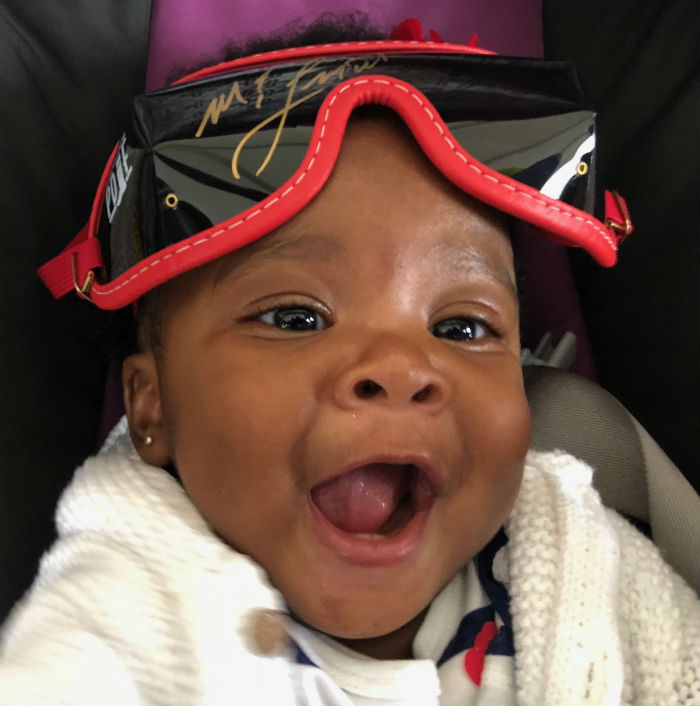 Jockey goggles signed by Mike Smith were a big hit in the Girls Galleria! 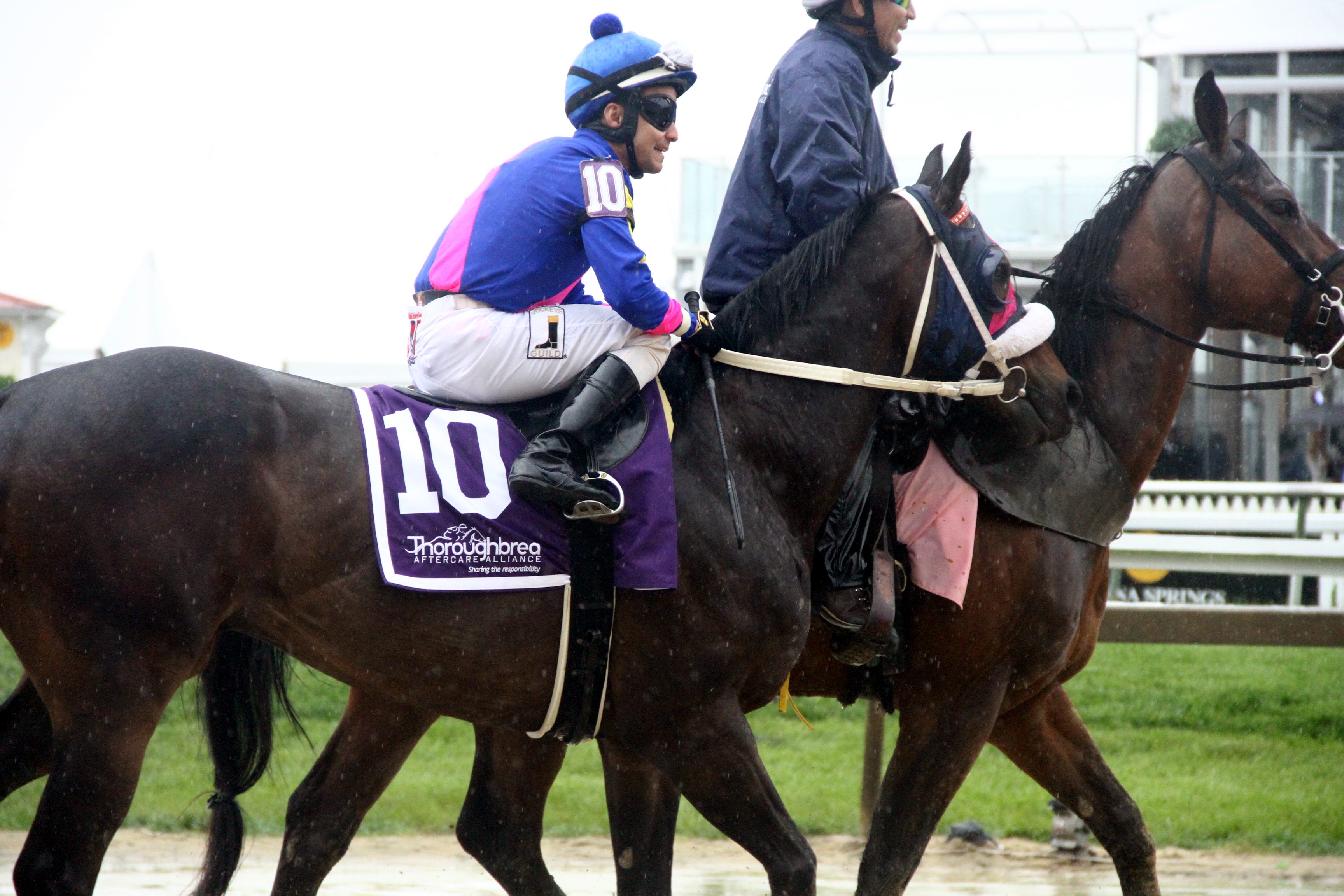 Horses head to post for the sixth race on the Black-Eyed Susan Day card, the Thoroughbred Aftercare Alliance presented by Omega Alpha. 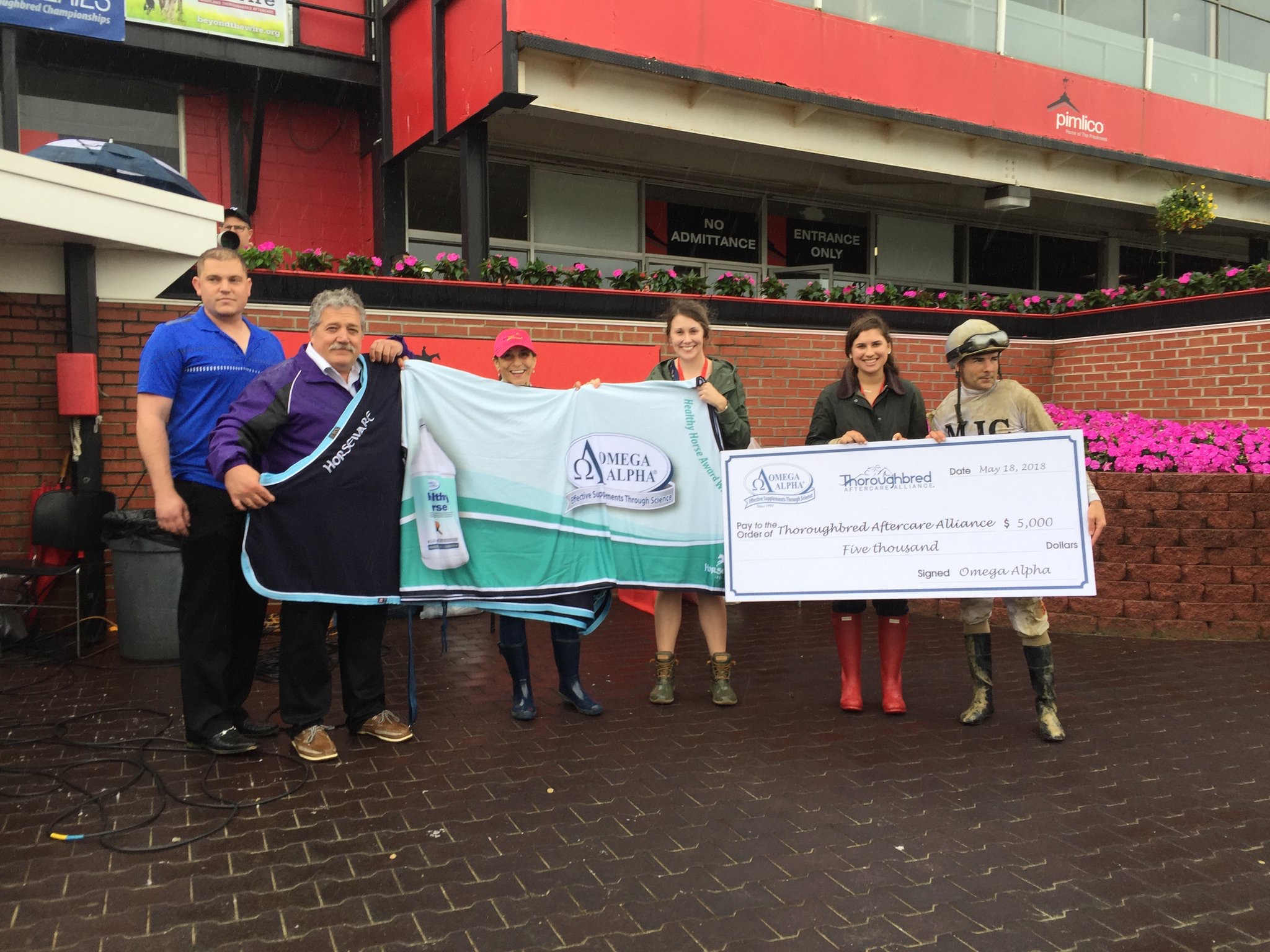 Thanks to our blanket sponsor Horseware and to Omega Alpha for presenting the TAA with a $5,000 check. 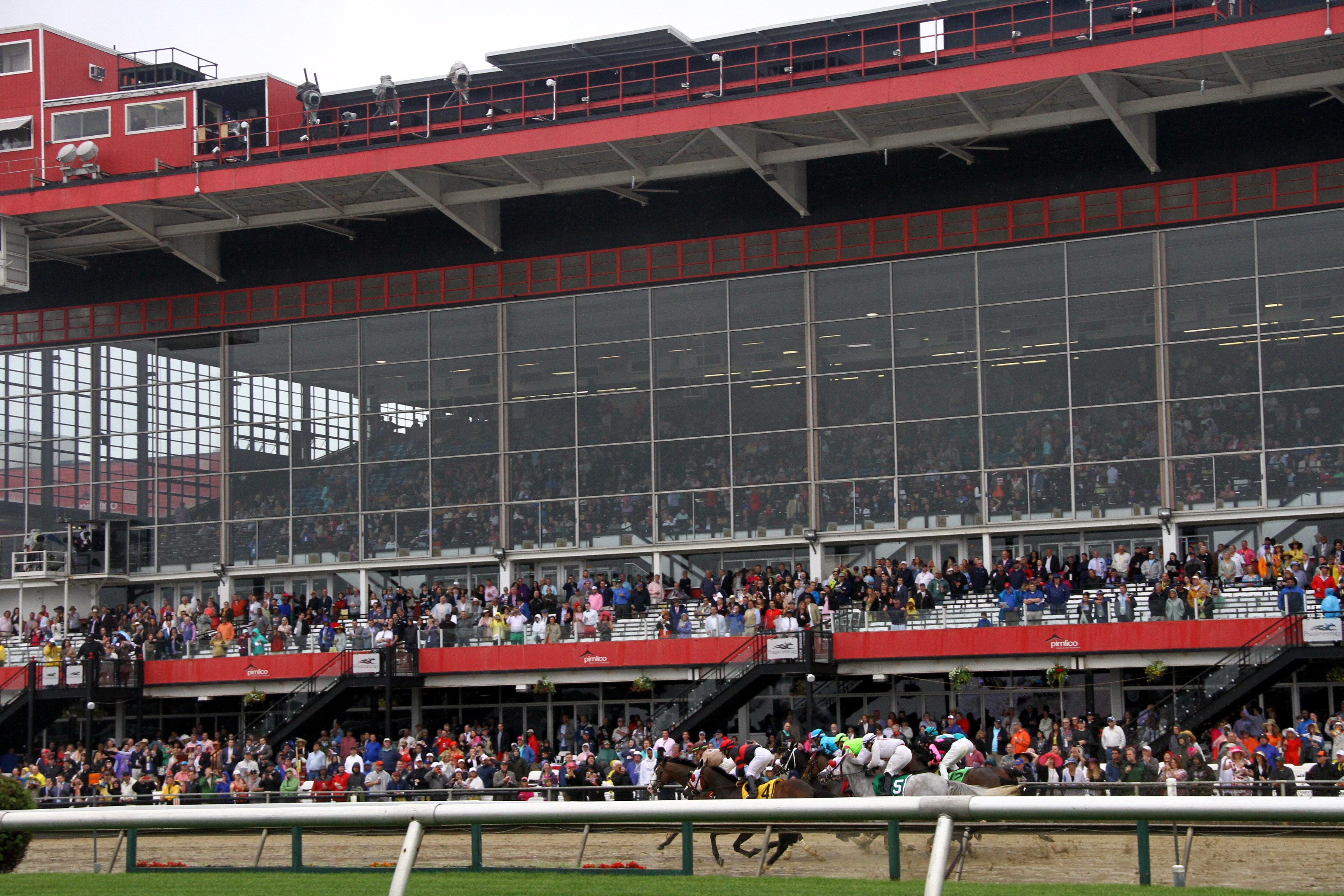 On Saturday, approximately 140,000 people made their way to Pimlico Race Course to watch the 143rd running of the middle jewel of the Triple Crown. 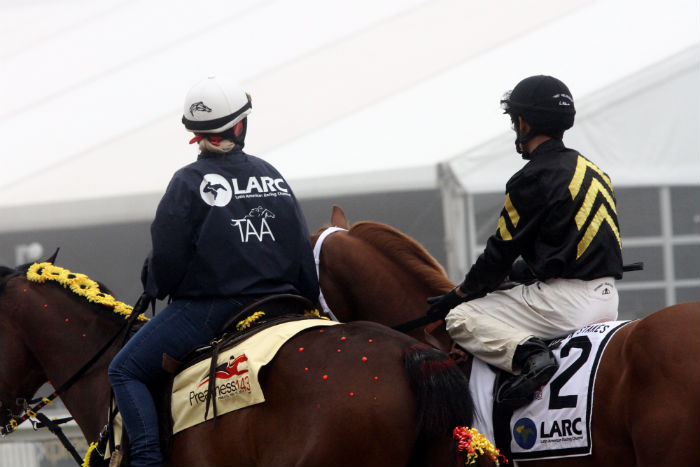 One race before the Preakness Stakes (G1) was the Latin American Racing Channel Sir Barton Stakes to benefit the Thoroughbred Aftercare Alliance. 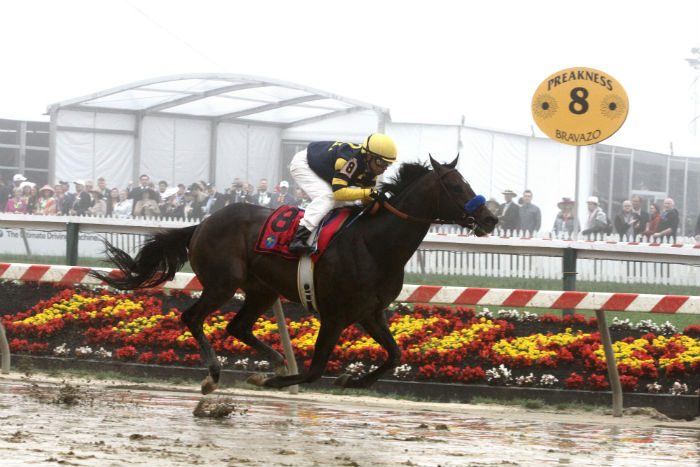 In the 1 1/16-mile dirt test on a sloppy sealed track, odds-on favorite Ax Man and Mike Smith pulled away for a 6 3/4-length win. The Misremembered colt is owned by Patti and Hal Earnhardt and is trained by Bob Baffert. 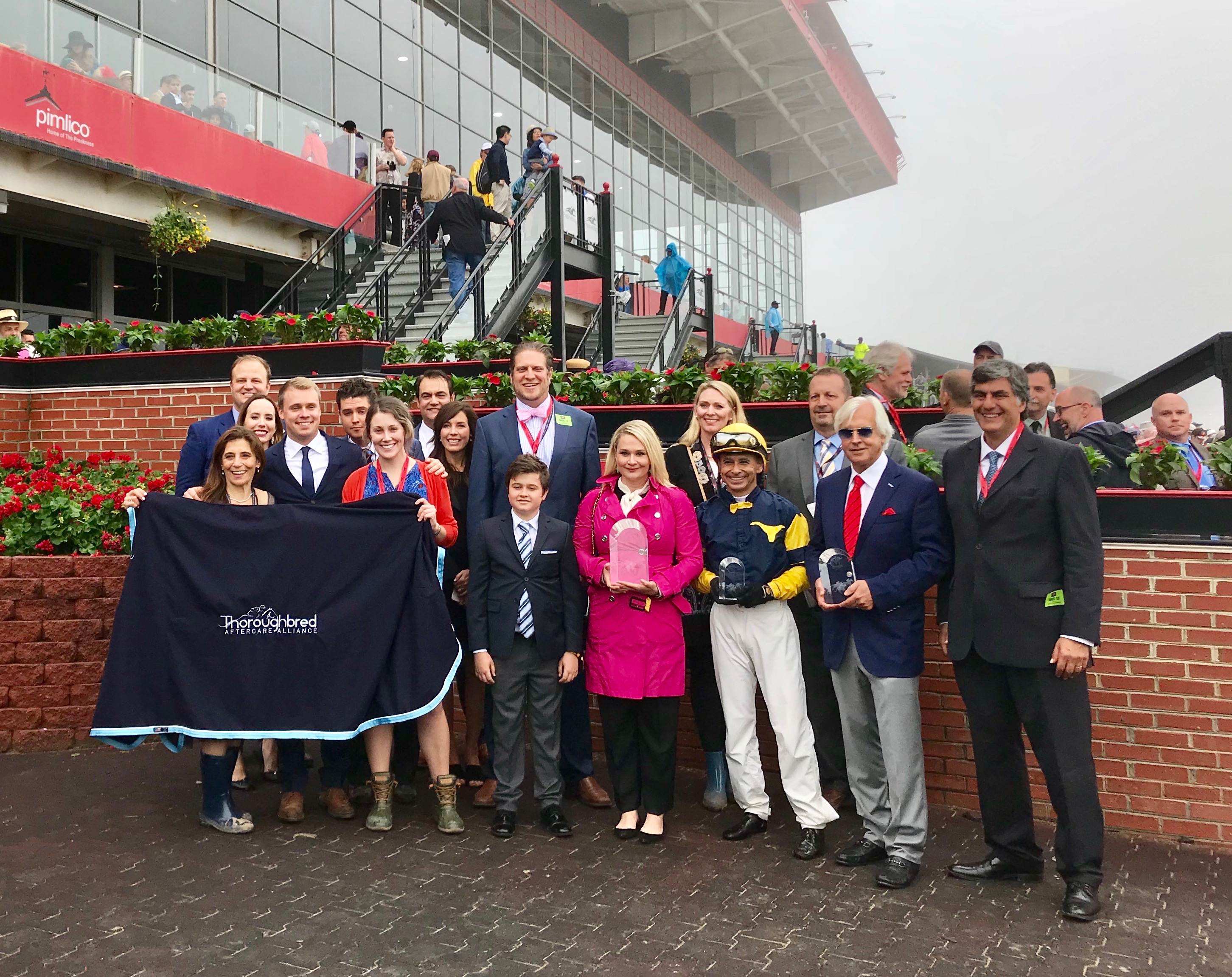 TAA and LARC representatives present the winning connections of the Sir Barton Stakes with a trophy and a Horseware blanket. 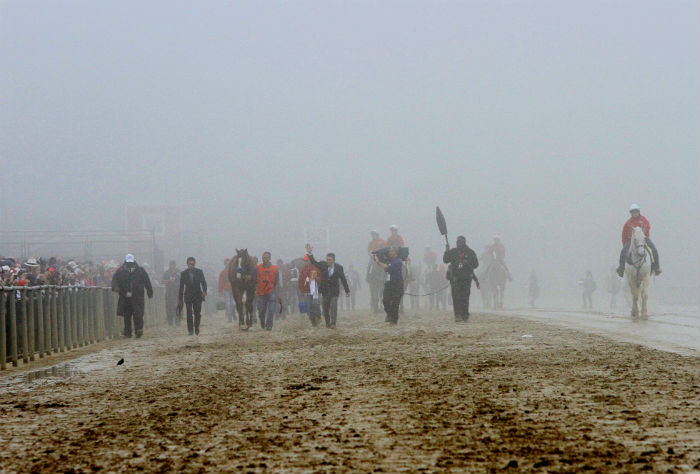 The fog rolled in just before the big race. 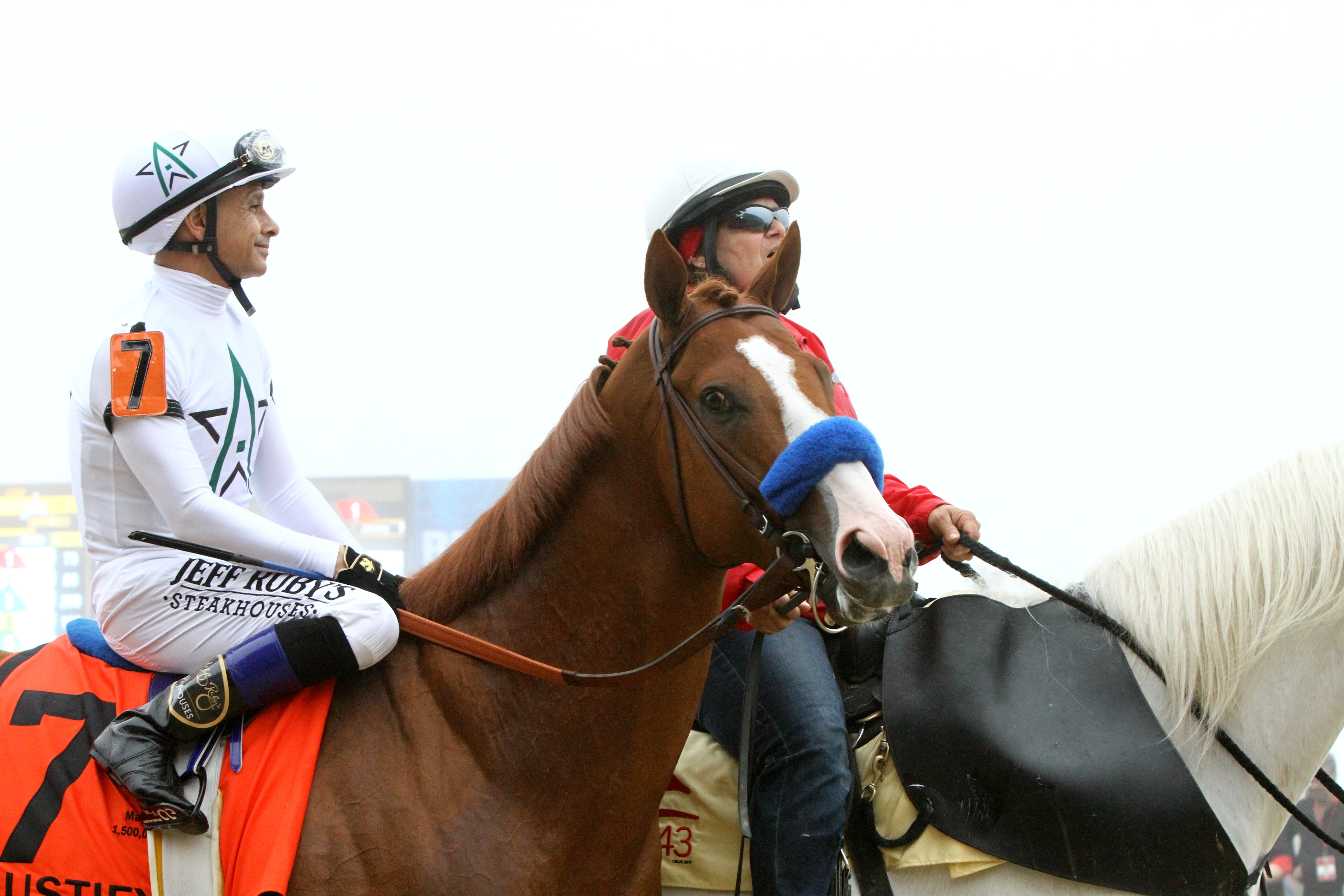 Kentucky Derby (G1) winner Justify heads to post as the favorite with jockey Mike Smith up. 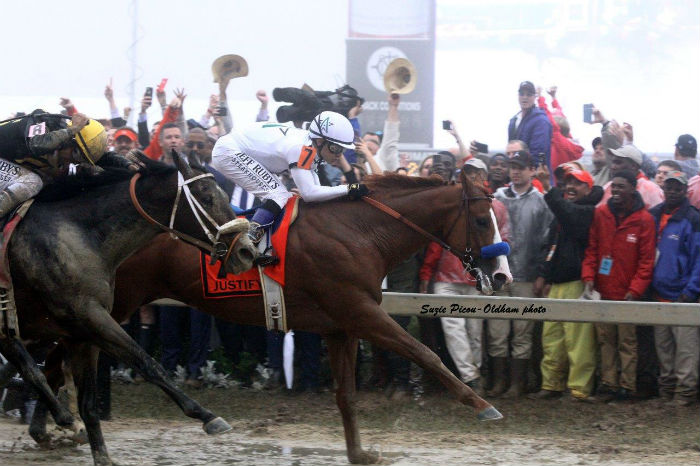 Remaining undefeated in five career starts, Justify was pressed by 2017 juvenile champion Good Magic throughout the early stages and then held on despite a late charge from Bravazo to win by a half-length in the Preakness. The Scat Daddy colt is owned by China Horse Club, Head of Plains Partners, Starlight Racing and WinStar Farm, and is trained by Bob Baffert.

After the Preakness, Bob and Jill Baffert made a very generous donation to the TAA. The TAA thanks the Bafferts for supporting accredited Thoroughbred aftercare and wishes Justify and connections best of luck in the Belmont Stakes!