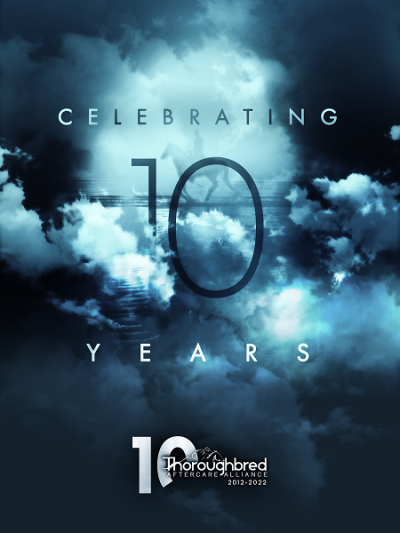 In honor of the Thoroughbred Aftercare Alliance (TAA)’s 10-year anniversary, the Official Aftercare Partner of the Breeders’ Cup will premiere its short film, ‘Celebrating Ten Years’ at The Kentucky Theatre’s Horse: An Equine Film Festival.

The historic downtown Lexington theatre will host the weeklong film festival from October 31 to November 4, 2022. The TAA’s ten-minute film, ‘Celebrating Ten Years,’ is scheduled to premiere three times at The Kentucky Theatre:
7:40 PM on Tuesday, November 1 before ‘Secretariat’
7:30 PM on Thursday, November 3 before the documentary, ‘Born to Rein’
1:30 PM on Friday, November 4 before ‘Born to Rein’

“Located, as we are, in the heart of horse country, The Kentucky Theatre is honored to host the premiere of a film that celebrates an organization that has done so much to promote the welfare of retired racehorses,” said The Kentucky Theatre director, Hayward Wilkirson.

“The TAA has made a remarkable impact on the sport in 10 short years,” said producer, Steve Scheidler. “They have not only helped address issues of animal welfare in horse racing, but also led us to a new level of stewardship. A stewardship that compels us to continue to educate, advise, fund and care for something so critical, and to remind us always that at the end of the day– it’s all about the Horse. It’s been an honor to be a small part of sharing their story.”

‘Celebrating 10 Years’ is a short film that highlights the North American Thoroughbred industry’s initiative in the care of Thoroughbred racehorses after the conclusion of their careers on the racetrack. An international project that has provided a safety net for thousands of retired racehorses, the Thoroughbred Aftercare Alliance celebrates 10 years of service in 2022.

“The industry has taken major steps forward in terms of their understanding of aftercare in the last ten years, but now the Thoroughbred Aftercare Alliance must tackle the misconception that the problem of aftercare has been solved when, in fact, there is so much more work to be done,” said TAA operations consultant, Stacie Clark Rogers. “‘Celebrating Ten Years,’ pays homage to the last decade of TAA and we hope it ignites viewers to support not only the TAA’s mission but Thoroughbred aftercare as a whole.”

Movie tickets are $6.50 per person and can be purchased in-person or online at Kentuckytheatre.org.