TAA to be Featured Throughout Whitney Weekend 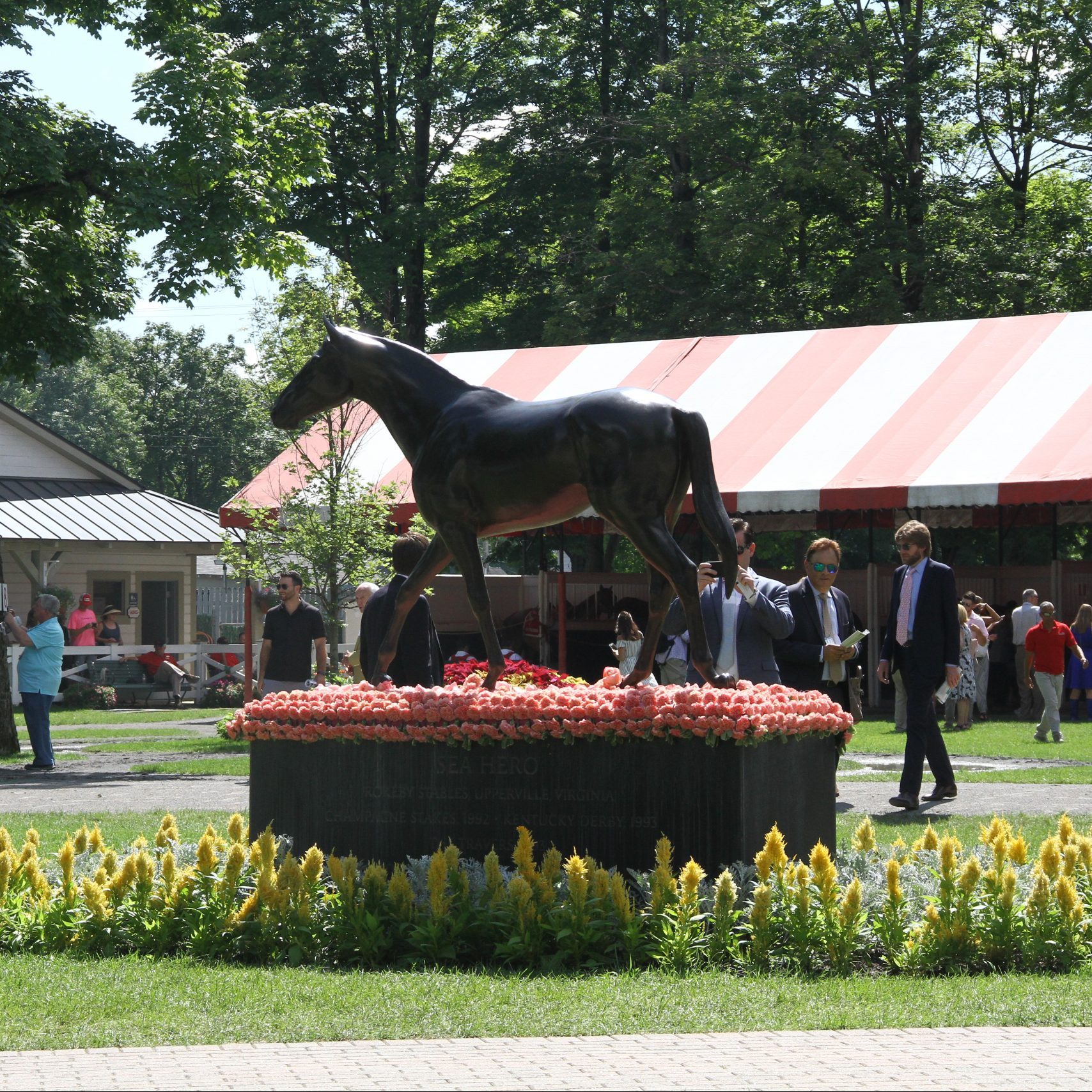 The New York Racing Association, Inc. (NYRA) today announced a series of events to highlight the work of the Thoroughbred Aftercare Alliance (TAA) on Saturday, August 7 and Sunday, August 8 at Saratoga Race Course.

The TAA is the nonprofit organization that accredits, inspects, and awards grants to approved aftercare organizations to retire, retrain, and rehome Thoroughbreds using industry-wide funding. Based in Lexington, KY, the TAA is supported by owners, trainers, breeders, racetracks, aftercare professionals, and other industry members.

On Saturday, August 7, the TAA will be featured at the NYRA Community Booth, where fans will be able to learn about the organization’s mission from TAA representatives, and to make a donation in exchange for a Remi Bellocq cartoon t-shirt and a variety of racing items like saddle towels and goggles.

Racing fans can also show their support by opting to make a donation to the TAA throughout the Saratoga meet when cashing a winning ticket on an AmTote International self-service betting terminal. All donations are tax deductible.

On Sunday, August 8 horses will don NYRA-donated TAA saddle towels for a race named in honor of the TAA. In the winner’s circle after the race, the TAA will present awards to the best turned-out horse and to the winning groom and connections.

“Many consider the Whitney Stakes as the marque race for older horses at Saratoga,” said TAA President Jimmy Bell. “What better stage for the TAA to be present and share in the excitement of the day and the commitment to Thoroughbred aftercare.”

“Thoroughbred Aftercare Alliance Weekend is a golden opportunity to share the kind of productive careers that Thoroughbreds can enjoy after they leave the track,” said Stacie Clark-Rogers of the TAA. “In many cases, these are talented and highly trainable horses who demonstrate an ability to flourish in new careers like show jumping and dressage. Training and owning these horses can be also an important and rewarding experience.”