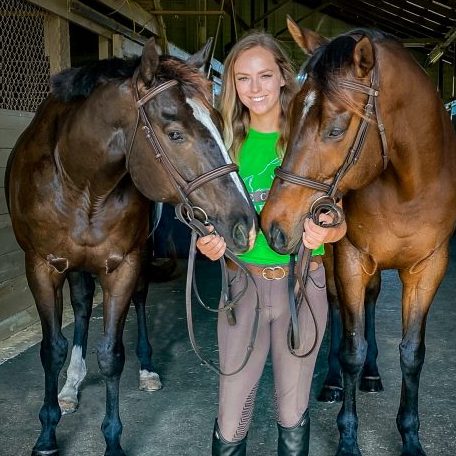 Talon’s of Tuscany was bred in Kentucky by Gabe Grossberg. The son of Arch ran three times for Albaugh Family Stables, all under the watchful eye of TAA-Supporting trainer, Dale Romans.

A strong advocate of Thoroughbred aftercare, Romans partners with TAA-Accredited Second Stride in Prospect, Kentucky to ensure all of his horses have a soft place to land when their racing careers have come to a close. As a result, when it came time for Talon’s of Tuscany to begin the next chapter of his young life, Second Stride was where Barros entered his story. 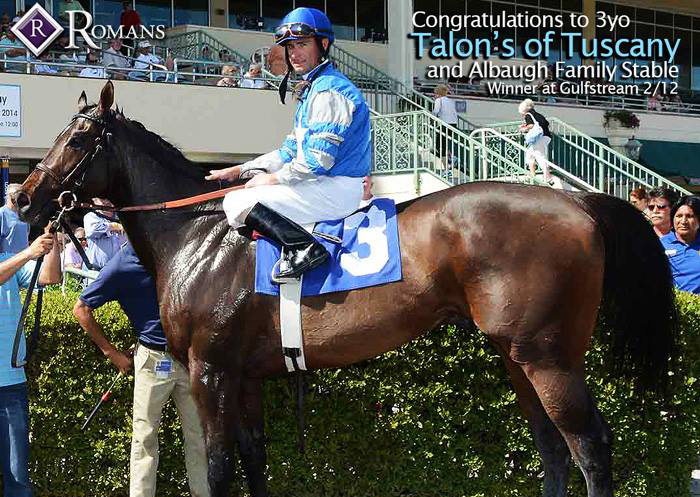 Barros was in the market for her next project horse to fill the shoes of her 1.15 meter jumper, 3’6″ hunter, and Prelim eventing partner, Pierre—another OTTB, Jockey Club name Sword’s Pride. Barros and Pierre had been competing together for the previous six years.

“I was in graduate school in Jackson, Tennessee during the summer of 2016 when I began looking for another OTTB,” Barros said. “As Pierre got older, I wanted to bring along another OTTB for when he needed to step down from his job.”

Thanks to a few glowing recommendations, Barros began her OTTB search on Second Stride’s website. It didn’t take long to find exactly what she was looking for, so Barros made the five hour trip to Kentucky.

“Talon’s of Tuscany was a handsome, dark bay gelding,” Barros said. “He had the look of a powerful jumper prospect.”

When Barros arrived to meet Talons of Tuscany, he had just been gelded, meaning Barros could only hand walk the Kentucky-bred. Despite their limited interaction, Barros trusted her gut and made the decision right then and there to adopt Talon’s of Tuscany, now known as “Tuscany.” 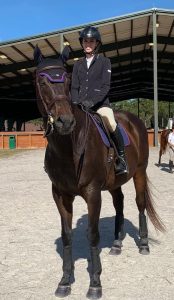 “His kind eyes and confirmation were enough for me to make the decision to adopt him,” she said.

Since his adoption in 2016, Tuscany has taken the slow and steady route in his retraining.

“He enjoys the fast pace of the jumpers and always brings his A game when the buzzer sounds,” Barros explained. “My ultimate goal is for him to compete in the 1.0 TB Jumpers in the future.”

Just a few years later, Barros was looking at a young Thoroughbred on Second Stride’s Facebook once again, only this time she wasn’t exactly in the market for a new horse.

“I was not actively looking for another horse as I already had three,” Barros said. “With Pierre, Tuscany, and a young warmblood I purchased in 2018, I had more than enough.”

But just three pictures of the small black gelding gave her an all too familiar feeling.

““I saw his photo and thought, ‘Oh my gosh I NEED this horse,’” Barros recalled. 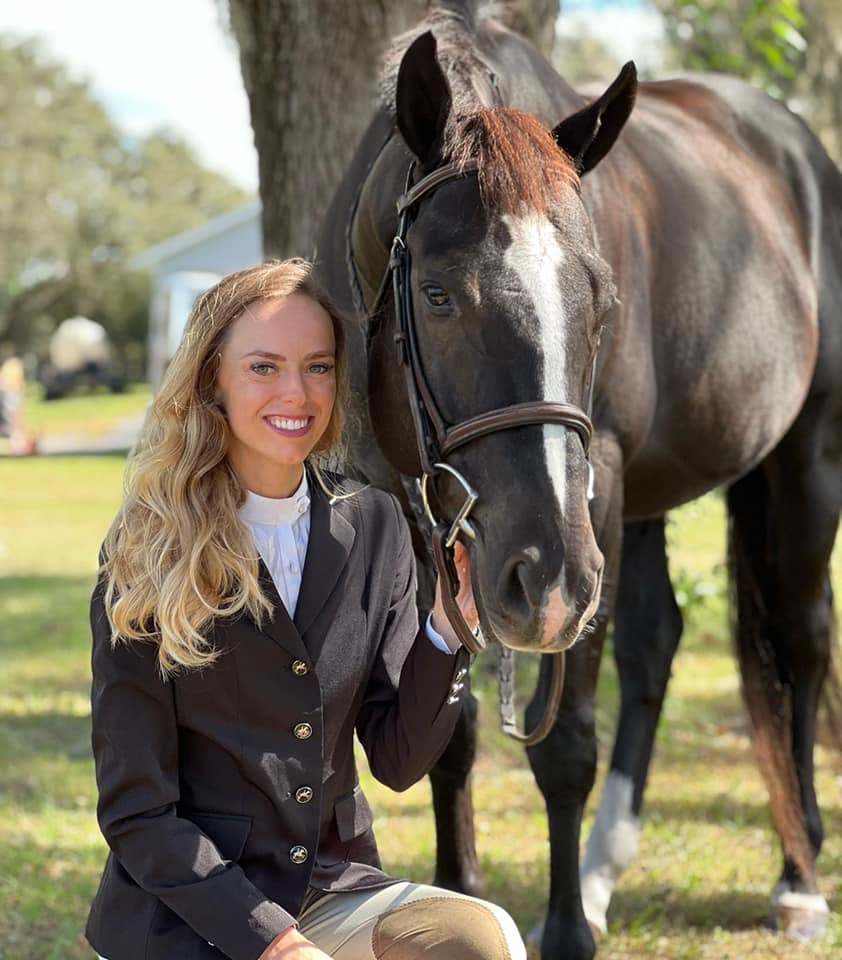 Second Stride’s social media post of Prince Hansen was receiving a lot of attention in a short amount of time, and Barros knew the son of Hansen would not last long. She called Second Stride to inquire and learned he had just arrived at the facility that morning. Once again, Barros took a leap of faith, only this time she adopted the horse sight-unseen.

“I decided this horse was destined to join my four-legged family and paid his adoption fees that night without seeing him in person,” Barros said. “I brought him home to Nashville that weekend.”

Fortunately for Barros, her gut was right once again. 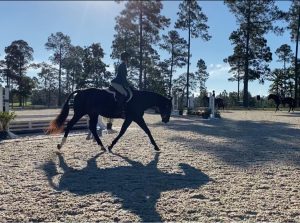 “Prince is one of the most naturally gifted hunter and pleasure horses I have ridden in years,” she said. “He is a wonderful mover—arguably a better mover than my young warmblood that was bred for the hunters—with a scopey hunter-style jump and a consistent slow, off-the-ground pace. I think he is going to make a really nice 3’ Thoroughbred Hunter in the future but will also be competitive enough to hold his own against the warmbloods in the hunter divisions when he is ready.”

Since adding Prince to her competition herd, Barros and her Second Stride graduates have seen success in and out of the show rings— most notably, Talon’s of Tuscany earned the 2019 USHJA Zone 4 Outreach Jumpers Champion and the 2021 Run For The Ribbons Year End Hunter Pleasure Champion; while Prince Hansen earned the 2021 Jockey Club TIP Championship TAA High Point Award in the Hunter division, the 2021 Run For The Ribbons Year End OTTB In Hand Champion, Walk/Trot Hunter Champion, and Third Overall in the 2′ Hunters.

“Both horses will continue to live the rest of their lives in my program,” Barros said. “I am thankful for Second Stride for trusting me to be partners with two truly special horses.”