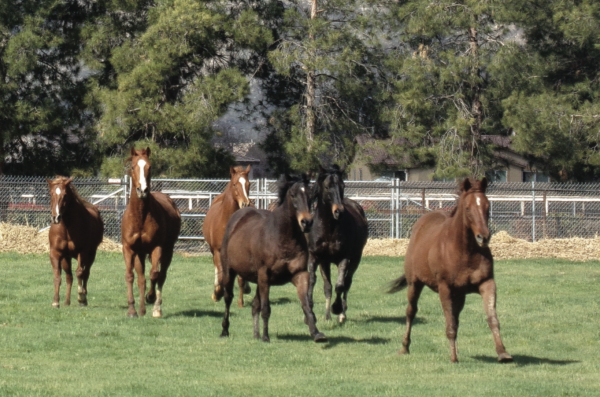 Meredith has been involved with racing all of her life. She came to California in 1989 and quickly realized there was a need for a place for Thoroughbred horses to be retired with dignity and love.
While United Pegasus Foundation has had its fair share of millionaires retired to its pastures, the organization never made the amount of money won or celebrity of a horse a determining factor for accepting horses into its program. United Pegasus Foundation believes that every horse deserves a second chance regardless of money won, pedigree, or injury.

United Pegasus Foundation works with aftercare partners to find homes for younger horses who need a second career and assist with rehabilitation of those coming off the track that have sustained career-ending injuries. United Pegasus is one of the largest and oldest Thoroughbred horse rescues in the United States, and Meredith and her team are constantly working to care for their horses’ needs. Their hard work is a testament that Thoroughbred retirement is not a dream but a reality, making sure that the athletes who perform for us today will be cared for and given the opportunity to live a great life with new adoptive homes or retirement herds, where horses can be horses. This can only be done industrywide and the United Pegasus Foundation is grateful that the racing industry is committed to taking care of the athletes that make the Sport of Kings one of the greatest sporting spectacles.