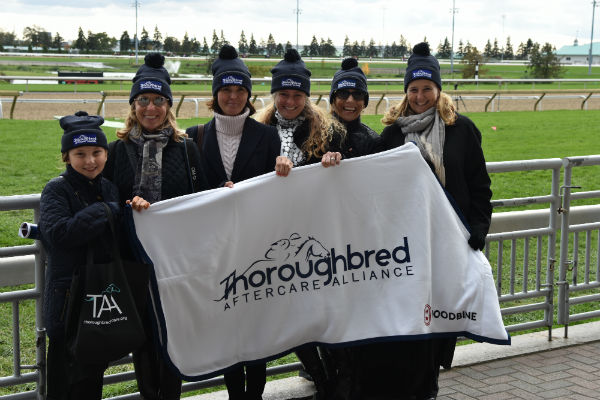 The Thoroughbred Aftercare Alliance had a major presence at Woodbine on Pattison Canadian International Day. The TAA team and various supporters were on site for a great day of racing on one of the premier days at the Toronto racetrack. 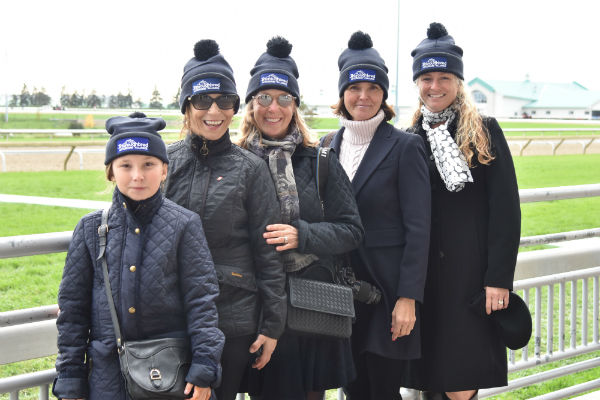 Even the outriders were repping the TAA! 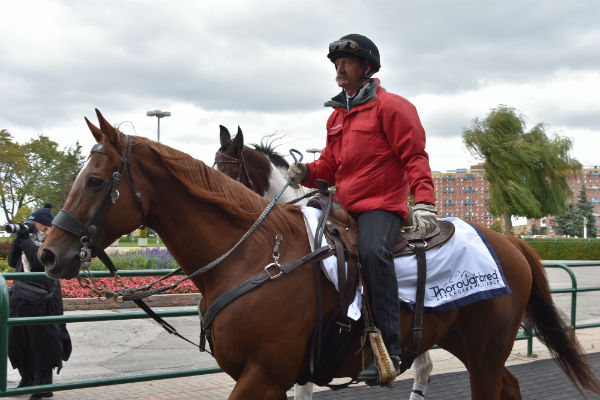 And so was paddock judge Harold Fortune!

In the fifth race of the day, run as “The Thoroughbred Aftercare Alliance,” 2-year-old filly She Calls It settled mid-pack before making her move in the stretch and pulling away to finish 2 1/4 lengths ahead of her rivals.

The chestnut daughter of Giant Gizmo is owned by Mickey Demers and was ridden to victory by Jesse Campbell. TAA supporting trainer Mike De Paulo was the winning trainer.

The TAA presented a TAA and Woodbine-branded blanket to the winning connections after the race. 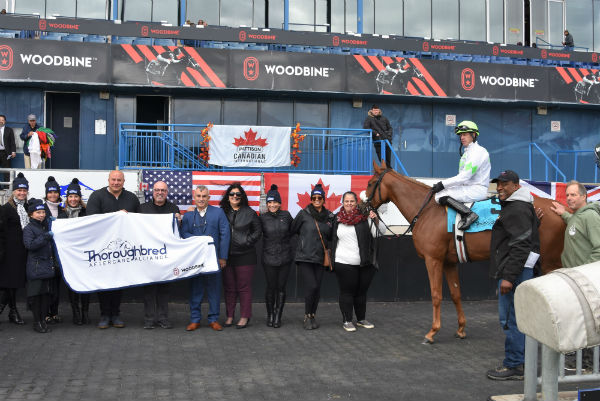 The TAA also handed out swag bags to the grooms of the runners in the Pattison Canadian International Stakes (G1T).

TAA supporters Liz Elder and Emily Roberts handing out TAA bags to the grooms of the #WoIntl! pic.twitter.com/bZmF3ax0D9

Thanks Woodbine for the great day!

Photos by Will Wong