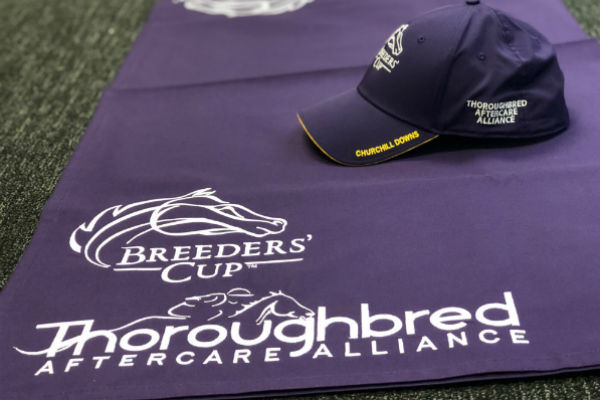 The TAA was honored to be the Official Aftercare Partner for the 2018 Breeders’ Cup World Championships Nov. 2-3 at Churchill Downs.

In addition to being a partner and a beneficiary of Breeders’ Cup Charities, the TAA was recognized with the Marathon Stakes presented by TAA (G2) on Breeders’ Cup Friday. The TAA team gave away a TAA-branded blanket to Centennial Farm’s Rocketry, who won the 1 3/4-mile test by three-quarters of a length. The Hard Spun colt is trained by Jimmy Jerkens and was ridden to victory by jockey Joel Rosario.

The TAA was also the beneficiary of Tito’s Handmade Vodka drinks served during Breeders’ Cup. Tito’s pledged $1 per every drink sold, up to $25,000. Check out the report from WLKY. 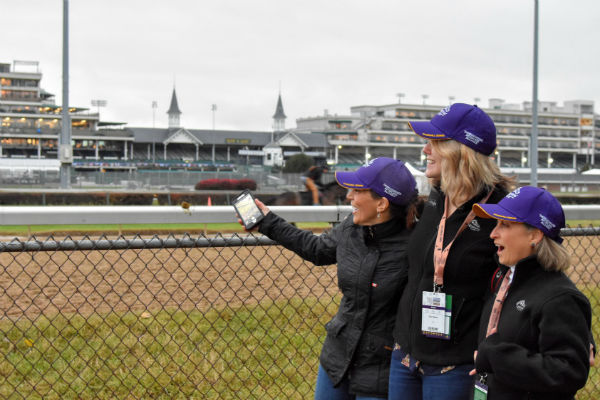 The TAA team (left to right: Stacie Clark Rogers, Erin Shea, and Suzie Oldham) on the backside the morning of Breeders’ Cup Friday. Photo: Will Wong 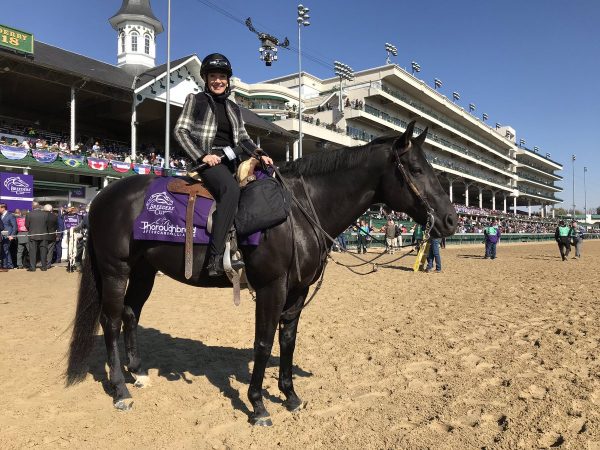 TAA advisory board member Donna Brothers was on the scene reporting on the World Championships for NBC. Thank you, Donna, for representing the TAA on the world stage!