Off To The Races at BreyerFest 2018 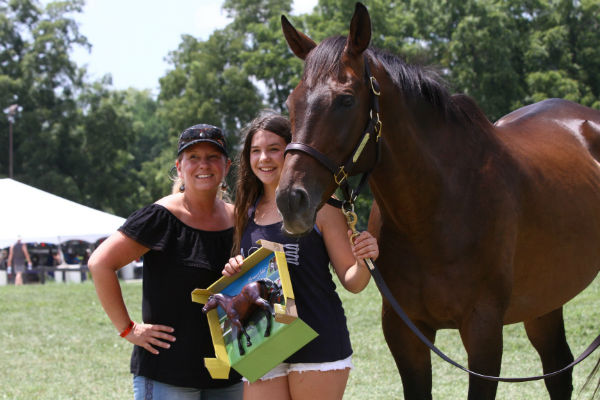 With the 2018 BreyerFest theme as “Off To The Races,” the Thoroughbred Aftercare Alliance had a presence at the event as thousands of racing fans and equine enthusiasts descended upon the Kentucky Horse Park July 13-15.

Here are a few scenes from the weekend captured by TAA inspections coordinator Suzie Picou-Oldham. 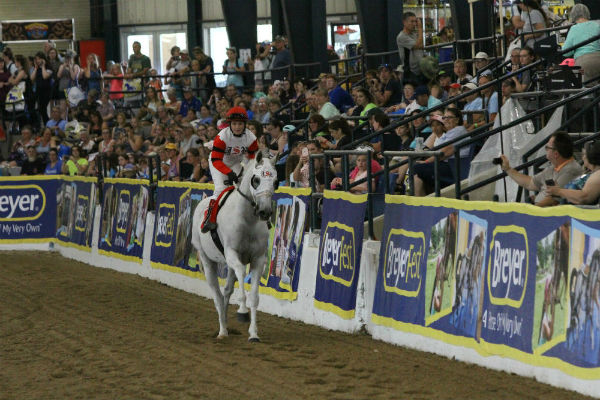 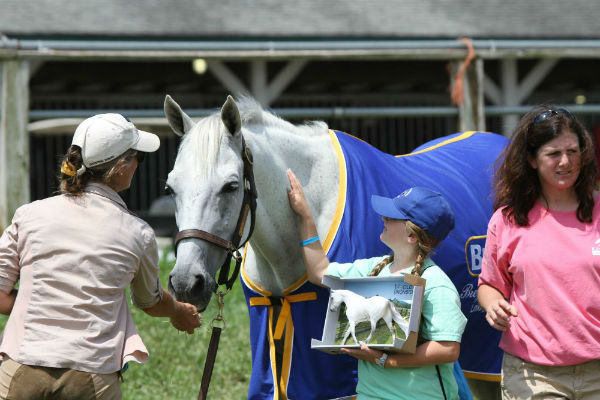 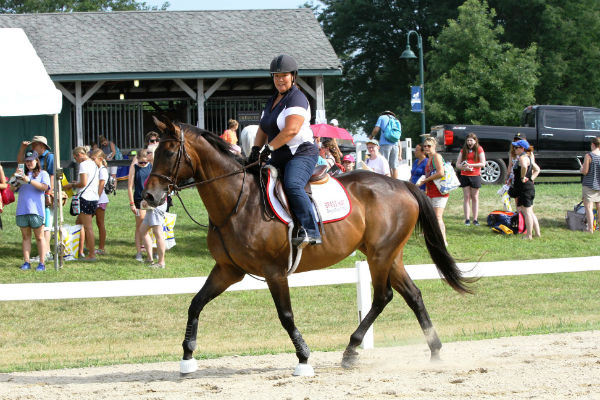 Brass Hat poses with fans and his own Breyer model. 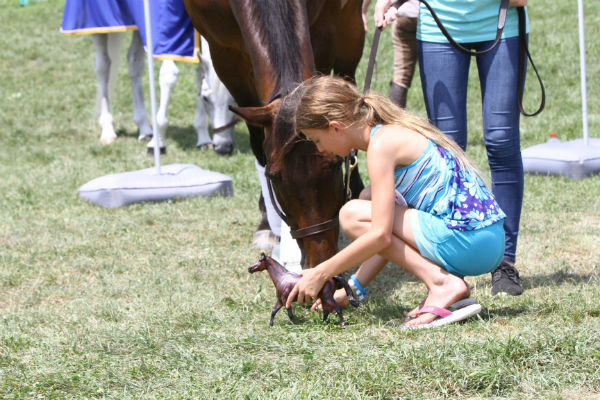 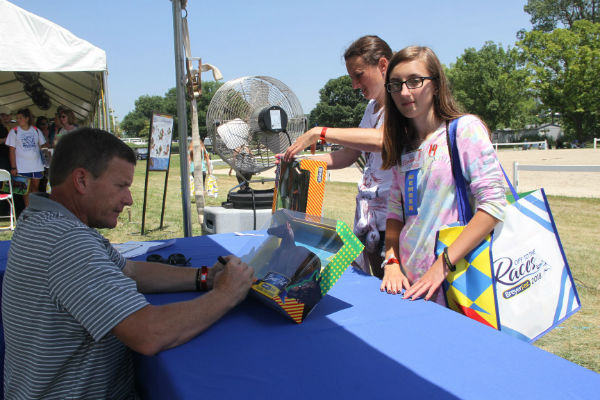 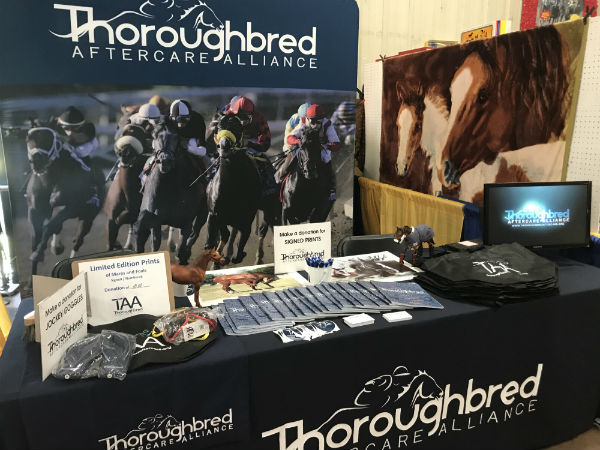 The TAA booth at BreyerFest. 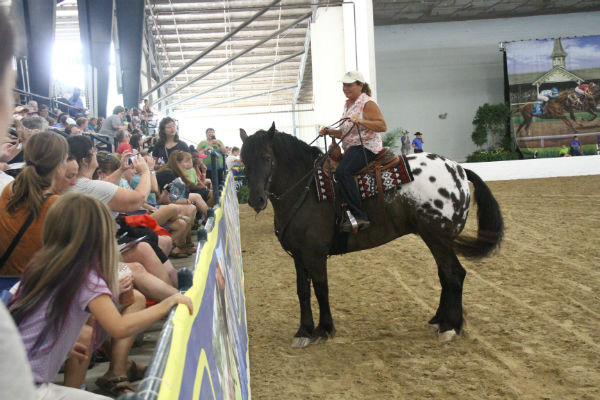 Not an Thoroughbred, but a fixture on the racetrack as a lead pony. Harley The Magnificent (aka “Harley”), an American Sugarbush Harlequin Draft, greets fans during a demonstration. 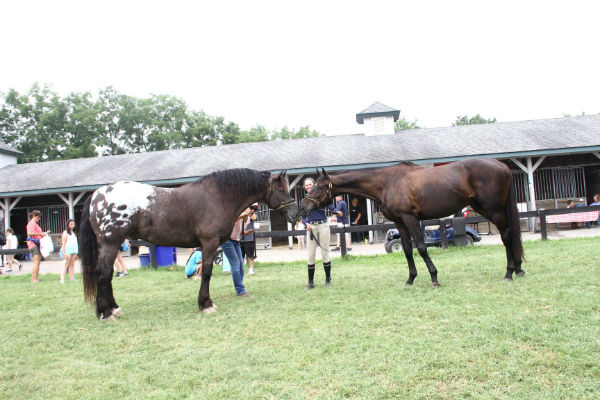 Harley makes a new friend in OTTB Cozmic One, a son of Hall of Famer and Horse of the Year Zenyatta.