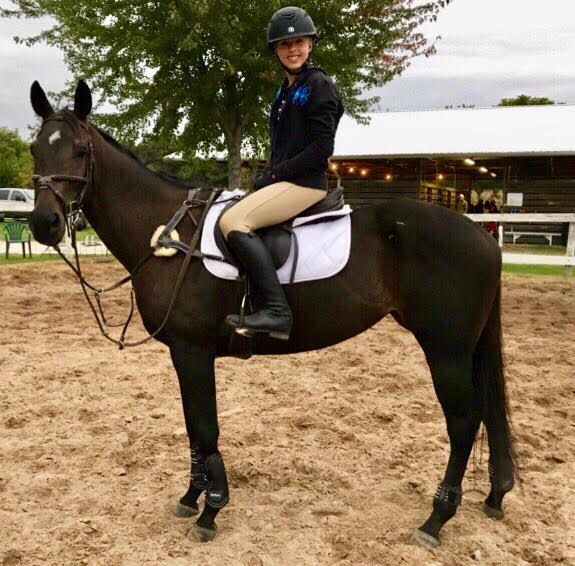 From five starts, Bridgie the Bull never broke her maiden and retired with earnings totaling $3,008. The daughter of Benny the Bull might not have found her calling on the track, but has come into her own since beginning a second career.

TAA-accredited Galloping Out had the Florida-bred for just three short months before adopter Nicole McCarthy scooped her up.

“Kim (Selby) knew my daughter liked little horses. When it came time to look again, we scheduled to try five horses with her,” McCarthy said. “When I saw a little bay mare with a giant head I thought, ‘I hope that’s not one of them.’ Sure enough she was the first one my daughter was going to try out.”

Bridgie the Bull had jumped a few times prior to the McCarthys coming to check her out but never completed a full course. Brittany McCarthy and the filly clicked instantly as the pair ended up navigating an entire course with ease.

“My daughter instantly fell in love with the scrawny bay mare with the big head,” McCarthy said. “Kim (Selby) brought her to a show the following weekend where Britt did a couple little 1’9 jumper classes and won them! We took her home with us from the show.”

Bridgie the Bull, or “Xena” as she’s called now, has proven to be a natural jumper.

“She’s shown her up to three feet and has goals to show at HITS or the Thoroughbred Incentive Program show in Kentucky this year,” McCarthy said. “We’ve jumped her four-foot-three-inches at home and it’s a cake walk, so the sky’s the limit with this gal.” 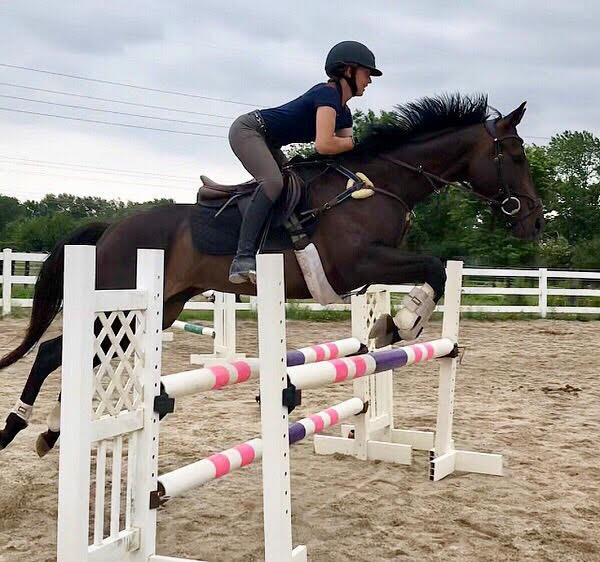