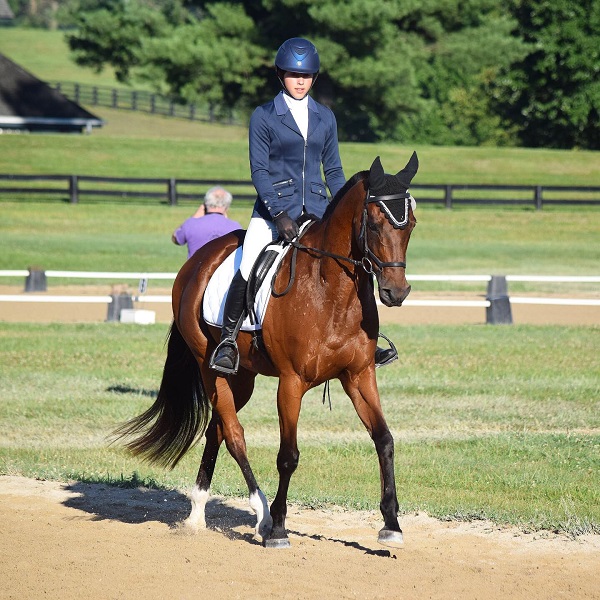 Minnesota-bred Jost Van Dyke began his racing career as a 3-year-old. It wasn’t until the age of 7 that the multiple stakes-placed gelding made his exit from the track. In total, the son of Van Nistelrooy made 19 starts and retired with a record of 8-3-6 and earnings of $129,614.

Four weeks after his last race, the gelding made the transition from Hawthorne Race Course near Chicago to TAA-accredited Galloping Out.

Adopter Nicole McCarthy wasn’t actively looking for another mount, but “Marmaduke” ended up being exactly what she needed.

“My good friend Kim Selby who knows the type of horse I like contacted me that she had the perfect horse for me. I’m drawn toward horses that have a little fire and spunk,” McCarthy said.

The duo had a slow start as “Marmaduke” suffered through bad abscesses, cast himself in a fence, and struggled to keep shoes on.

“We moved barns because he wasn’t thriving,” she said. “A couple months after moving he blossomed, and I felt we could finally move forward.”

Then it was time for McCarthy’s 14-year-old daughter to take the reins.

“This past winter they went to his first jumper show (placing) first and second in every class and he was a natural. They did one mini event at the (beginner novice) level (in eventing) and placed second. He absolutely loves cross country,” McCarthy said.

Recently “Marmaduke” and his young rider tackled their first horse trial, Champagne Run at the Park HT at the Kentucky Horse Park in July, where they finished eighth out of 15 with a clear cross country round.

“Since my daughter has stolen him from me she has some pretty hefty goals to run the levels of eventing,” McCarthy said. “They both have no fear and have the talent to go somewhere.” 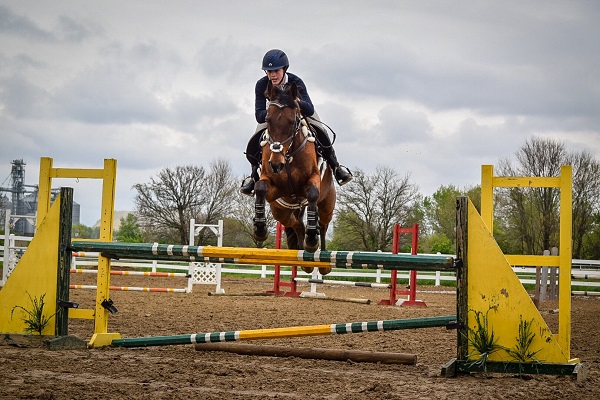