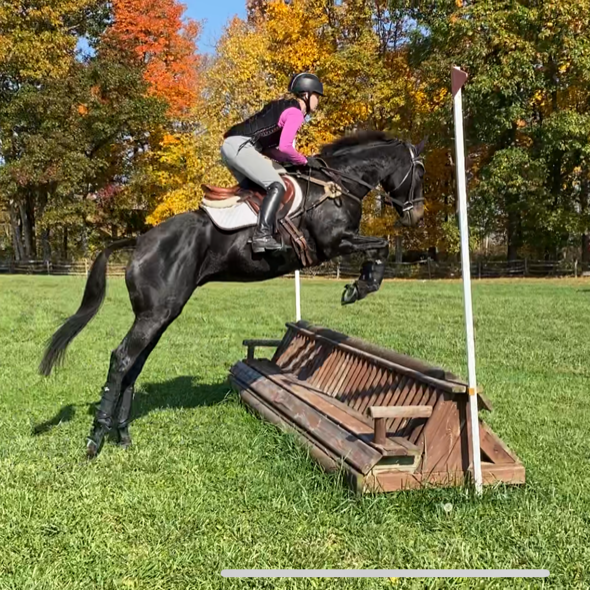 In the midst of a global pandemic, a handsome, dark bay gelding caught Hannah O’Brien’s eye. Despite already dividing her time between completing a master’s degree and working student position at Akindale Thoroughbred Rescue, O’Brien knew she had to have this fresh off-the-track Thoroughbred.

Bred in Maryland and campaigned on the east coast, Crazed retired from racing sound and ready for a second career. The son of Orientate made 19 career starts with a record of 3-4-1 and earnings of $69,503.

“I wanted something that I could event and potentially be able to move up the levels with,” O’Brien said. “Crazed was already being let down from the track at Akindale and after watching his first ride, I fell in love.”

O’Brien officially adopted Crazed from the TAA-accredited organization in August 2020, and since then her admiration for him has only grown.

A passionate advocate of Thoroughbred aftercare, O’Brien is grateful to Crazed’s connections for their dedication to his well-being both during and after his racing career.

“I am impressed with the efforts the owners and connections of Crazed took to ensure he had a good home,” O’Brien said. “You can tell he was really well cared for. He didn’t have that edge to be a world-class racehorse, but he’s settled in nicely to his new career as a pet and sport horse.” 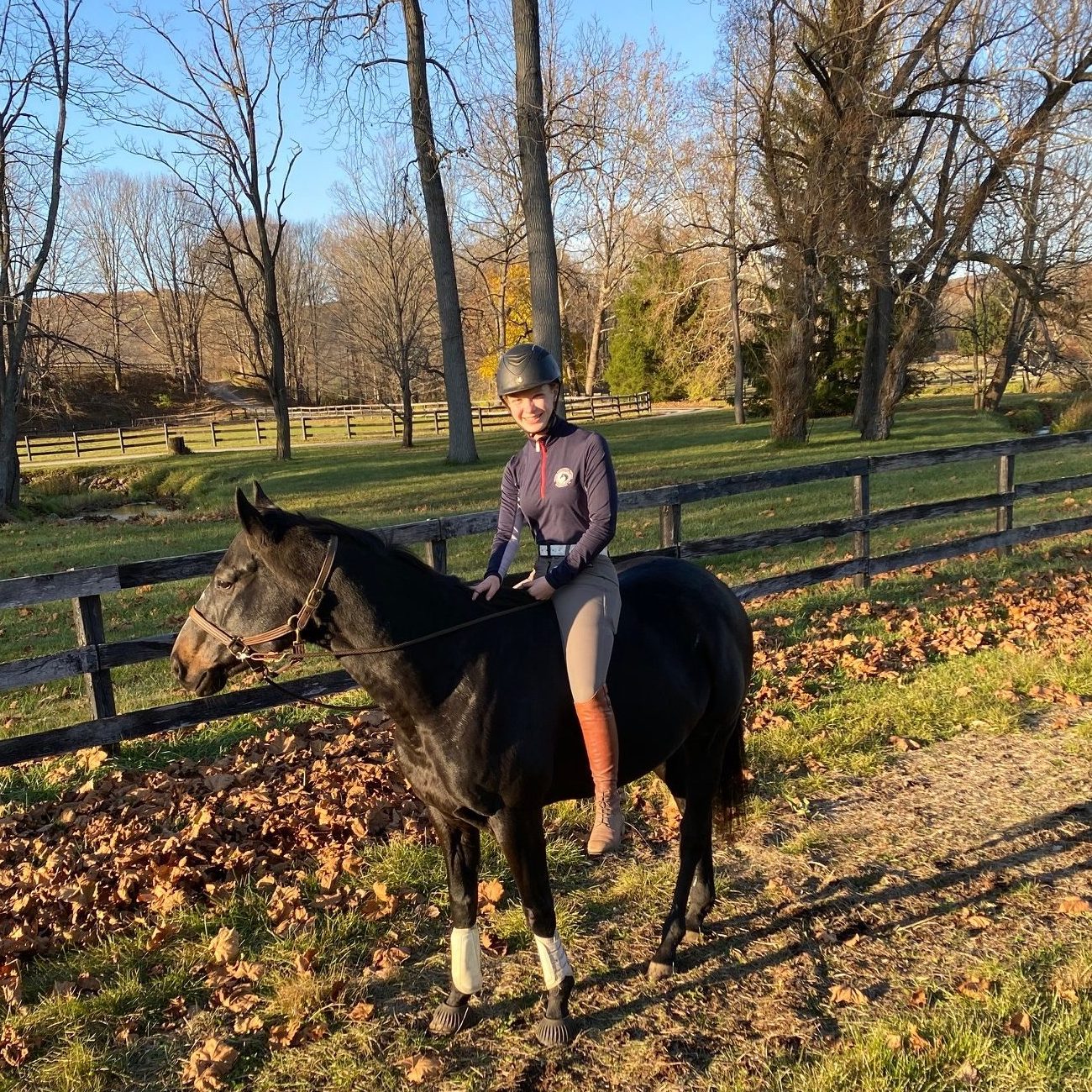 Also deserving kudos is Akindale’s Trainer and Equine Manager—Monique Coston—who O’Brien credits for her expertise in retraining and matchmaking.

“I’ve been riding for 21 years and have had several horses,” O’Brien said. “For one reason or another I didn’t feel like they were a good fit, but Monique is exceptionally talented at bringing along off-track Thoroughbreds and matching their personalities with the right rider.

The future team between horse and rider is a hopeful one. O’Brien anticipates the five year old will excel on the eventing circuit and is eager to see him progress up to the levels. Also on their radar is earning competition points towards the Thoroughbred Incentive Program’s (TIP) various awards and year-end championship.

“It’s great to work at Akindale under Monique, who has already put a solid foundation on him,” she said. “We’ve been to a couple clinics and cross country schooling, and he’s ready to do his first Beginner Novice event now that the weather has warmed up. Crazed is definitely a once-in-a-lifetime horse and I’m super excited to grow with him from the beginning.” 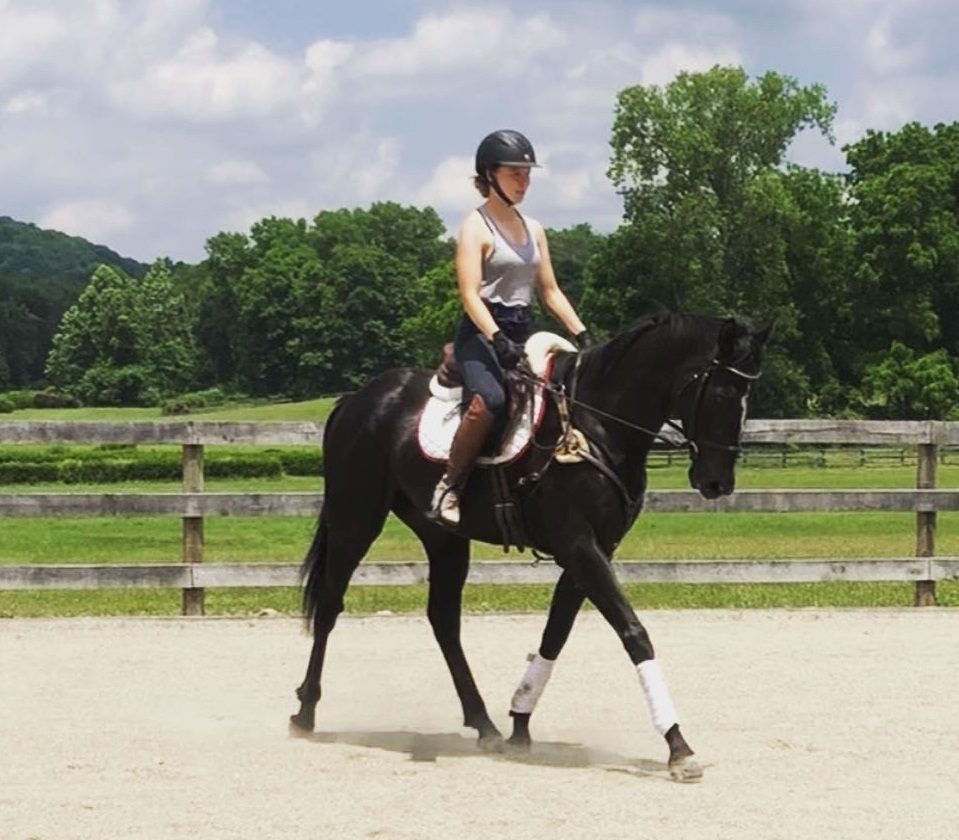 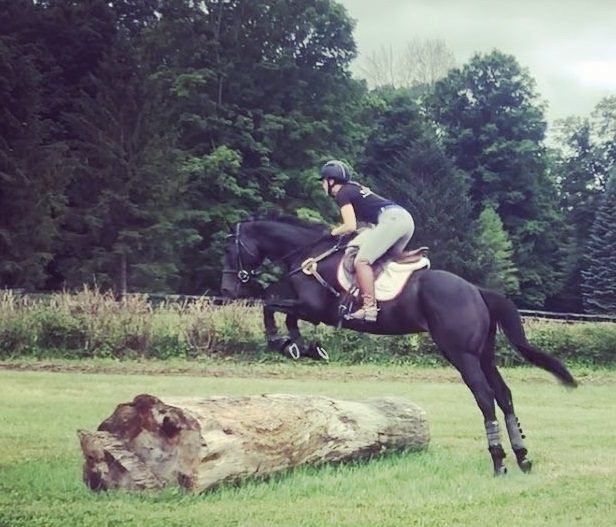