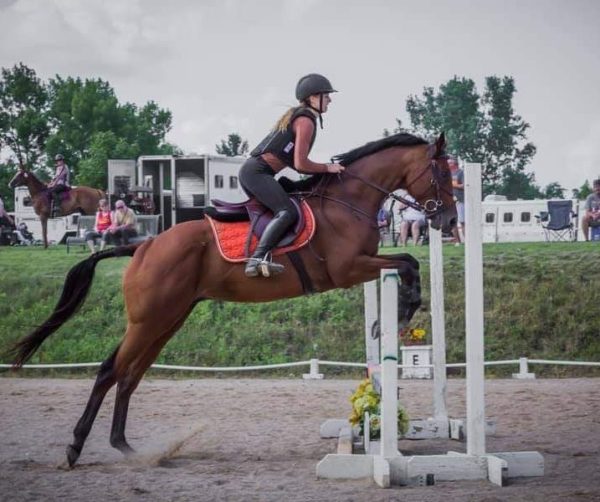 The son of Uncle Mo and out of multiple graded stakes placed Victory Lap, Dr. Hipp was born under the hopes that he would go on to have a successful racing career. Bred by Betz Thoroughbreds Inc, CoC Equine, Magers, J. Betz, and Ramsby & CNHHN, Betz Thoroughbreds consigned the bay colt at the Keeneland September Sale in 2016 for $105,000. Dr. Hipp was pinhooked twice as a 2-year-old, the second of which brought $225,000 at the Fasig-Tipton MidAtlantic 2-Year-Olds in Training Sale.

Dr. Hipp made his racing debut as a 3-year-old under trainer Chad Brown, breaking his maiden in two starts, then running just off the board in the Pegasus Stakes (Listed) at Monmouth Park. The kentucky-bred ran two more seasons on the track, last owned by Pass Line Stables and trained by Schuyler Condon.

Unfortunately, he sustained a left front non-displaced sesamoid fracture in August 2020, subsequently ending his 17 start racing career with a record of 4-1-2 and earnings of $118,276. Dr. Hipp was thoughtfully retired by his connections to Thoroughbred Aftercare Alliance (TAA)-accredited Hope After Racing Thoroughbreds.

The Iowa-based aftercare organization spent two months rehabbing Dr. Hipp before he was cleared to begin retraining for a second career.

Enter Connie Conis– an off-track Thoroughbred (OTTB) owner and enthusiast who was looking to add another horse to her lesson program.

“A good friend of mine houses most of Hope After Racing Thoroughbreds’ horses, and knew I was in the market for a new lesson horse for my small lesson program,” Conis said. “My existing OTTB that I’ve had for 16 years is 20 now, and with retirement in the foreseeable future, I needed another special horse to eventually fill his big shoes.”

Initially, Conis wasn’t convinced that he was the horse for her, but she quickly changed her mind once she met him in-person.

“When I saw the ad for Dr. Hipp, initially I wasn’t interested,” Conis recalled. “My friend insisted I check him out, and so I set up the appointment to look at a few of them at her facility. Once she pulled [Dr. Hipp] out of his stall and I saw him move, there was no question– I knew he was the one instantly.”

Dr. Hipp’s exceptional bloodlines resulted in a desirable conformation which Conis anticipated would make him an excellent jumper. Dr. Hipp, now known as “Oliver,” was adopted by Conis in March 2021. Since then, Oliver’s willingness to learn and gentle temperament has proven to Conis that he’s more than worth his weight in gold.

“Aside from everything I loved about Oliver physically, what I love the most is his brain,” Conis said. “He’s bold; we didn’t have to train him to be confident. He’s taken every task with ease and courage. In fact, he’s been so easy that I had a student instantly begin leasing him and she’s done nearly all of his retraining under my eye. I get on for the training ride now and then, but he’s been such a willing horse that she’s been able to develop him herself.”

While the future does look bright for Oliver, Conis is careful to listen to him and what he wants. She plans to let her student take things slow and work on maintaining a happy, healthy horse that will be a part of Conis’ program for years to come.

“Our goals with Oliver are to continue his eventing career, but we have to let him tell us what he wants to do,” she said. ” He’s really bonded with my current student, and we’ve dabbled in low hunters, dressage, eventing, and he’s really taken an interest.”