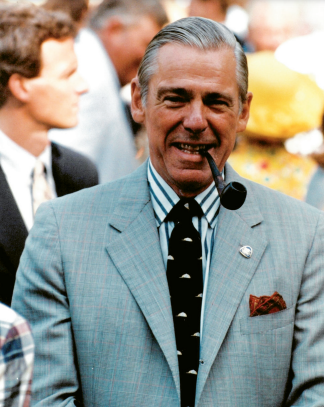 Few in racing can say they have accomplished more for retired racehorses than the late John Hettinger. After nearly two decades working abroad–first in corporate sales and marketing, then in real estate development where he ultimately made his fortune–Hettinger and his wife, Betty, returned in 1973 to take over Akindale Farm for John’s father.

Located just north of New York City, Hettinger transformed the 55-acre farm into an 800-acre Thoroughbred breeding and racing operation complete with a training track, shedrows, turnout paddocks, and more. The Yale University graduate campaigned numerous homebred multiple graded stakes winners; however, more notable than his influence as a breeder were his contributions to the sport as a whole.

“John was essentially a white knight in 1991 when he and his family became the largest shareholders in Fasig-Tipton as it underwent restructuring,” said Fasig-Tipton president and CEO Boyd Browning. “John, as a human being, a shareholder, and a board member had more integrity and understanding of what’s best for the industry than most. He was an exceptional person of unbelievable character, of unbelievable guidance, and always wanted to make sure things were done the right way. He was a fantastic human being and a major influence on Fasig-Tipton and me personally.”

Two years before Hettinger’s death in 2008, he transitioned 200 acres of Akindale Farm to be a sanctuary and an adoption facility for retired racehorses and formalized a succession plan to ensure its continued operation long after his life.

“He didn’t just talk the talk; he walked the walk,” Browning said. “During his planning for when he passed away, it was important for John to make sure that Akindale was utilized for retired horses. John also provided financial support for the aftercare program after he had passed. He was a true believer who took action to support what he believed and what he said.”

Thanks to such planning, Hettinger’s intuitive vision and unwavering devotion to off-track Thoroughbreds live on as hallmarks of Akindale Thoroughbred Rescue.

Hettinger was awarded a Special Eclipse Award in 2000 and eventually was inducted into the Hall of Fame in 2019 for his numerous initiatives to support aftercare organizations and the off-track Thoroughbreds they serve. In 2000 he spearheaded the National Thoroughbred Racing Association’s inception of the Racehorse Adoption Referral Program, and in 2001 he founded Blue Horse Charities.

“I think John was the godfather; the person who really took the torch and raised the bar in terms of the industry’s understanding of aftercare,” Browning said. “He was a very vocal opponent of slaughter in the United States. He cared deeply about horses and was a founding father of the aftercare movement.”

(Credit: Fasig-Tipton) Before John Hettinger’s death, he transitioned 200 acres of Akindale Farm to be a sanctuary and an adoption facility for retired racehorses and formalized a succession plan

Over the past decade the racing industry has faced many challenges, especially those relating to the welfare and aftercare of its equine athletes. The development of the Thoroughbred Aftercare Alliance in 2012 is one of the industry’s leading achievements and is a testament to the shared desire to ensure a safety net. For industry participants interested in moving these efforts forward, a detailed succession plan is a vital component. It’s a requirement of TAA-accredited charities.

“The main reason we ask for proof of a succession plan is, we want to make sure that the horses have someone who can take care of them if the person who oversees the organization is gone–whether through sickness, death, or whatever the circumstance–if it means they have to be off for a certain period of time,” said TAA accreditation and grants manager Janice Towles. “At the end of the day, you definitely want to make sure that someone else knows what’s going on besides the main person.”

Towles said such planning is especially important with smaller operations.

“What we’ve found is that a lot of these operations are a one-person show and everything that they knew, they had in their head,” Towles said. “Unfortunately, if they weren’t there or an emergency broke out, they took that information with them. The biggest thing is that the organization does not become awash because nobody knows the operational side of things if the head or the founder is not there.”

In general, there are a few key components for consideration when composing a comprehensive succession plan for an aftercare charity: defined roles for all staff, board members, and volunteers; short-term vs. long-term absences; planned vs. unplanned absences; and loss of a facility. Chain of command succession, cross-training staff, and maintaining an up-to-date, detailed operational guidebook are considered TAA best practices.

Located in Greenwich, N.Y., ACTT Naturally was founded in 2013 by lifelong animal advocate and exercise rider Valerie Buck. Despite having a comprehensive background working with on- and off-track Thoroughbreds, Buck hadn’t yet considered the necessity of a succession plan prior to applying for TAA accreditation. 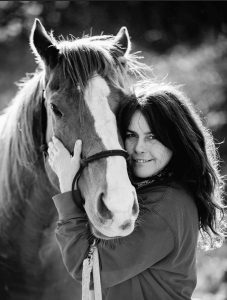 (Credit: Tracey Buyce) After considering the challenges a farm could face without a succession plan in place, Valerie Buck worked quickly to develop one for ACTT Naturally

Having realized the toll her absence could have on the horses in her care, Buck and the ACTT Naturally team worked quickly to develop a plan. Thankfully, the organization already had the necessary reliable partners, and now everyone knows what the plan of succession is, should it ever be needed.

“It’s not like you can just close the shades for a while and walk away– [ACTT Naturally] is a constant living, breathing machine and the animals need to be cared for daily,” Buck said. “If something happens to me, there needs to be a plan to keep this organization going to continue rescuing horses. We sat down with the board and some of our core volunteers and put together a plan to make sure that if something ever happened that these horses are safe.”

In this age, many horses live upward of 25 years. The residents of TAA-accredited Our Mims Retirement Haven had more than modern medicine to keep them bright-eyed and bushytailed well into their golden years– they had Jeanne Mirabito. Mirabito’s dedication to aftercare was unwavering for 13 years, before her death in August 2020.

“She put her whole self into building the facility and was successful at keeping these mares alive for so long that she always realized that if something happened to her, there were going to be some healthy horses that still had a lot of life left,” recalled current Our Mims president Peter Mirabito about his late wife’s thoughts on a succession plan. “She wanted to make sure that at least the herd that was there would be taken care of until they no longer needed care. I have a stable job and I guess back then we felt more bulletproof than we do now, so that seemed reasonable. She had slowly and effectively increased the funding for the haven over the years. It seemed like something that was going to be pretty doable.” 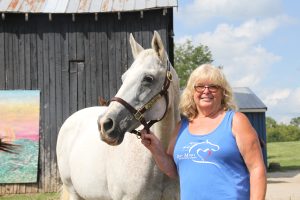 (Credit: Suzie Picou-Oldham) Plans call for Our Mims Retirement Haven, founded by Jeanne Mirabito, to continue as long as the board can recruit someone to lead the farm

Initially, Jeanne and Peter had an agreement that if anything ever happened to either of them, the other would maintain the nonprofit until the passing of the last sanctuary resident. If anything ever happened to Peter, he had set up the insurance so that the farm would be paid off and Jeanne would have the means to do as she pleased. In Jeanne’s case, that likely would have been to continue caring for retired broodmares for years to come.

“That was before Jeanne was ever sick and then when she got sick we already had that sort of thing in mind and she went about doing things that raised even more money in her last year,” Mirabito said. “We doubled the amount of money that had come in during her last year; then we started thinking longerterm than just the horses that were there. We started to think about what we could do to set the facility up so that it can run even after I’m done being the overseer–it has a place here forever as far as I’m concerned.”

Those who visit Our Mims can see Jeanne Mirabito’s life’s work represented in the face of every mare at the central Kentucky farm. Her vivacious devotion to the “ladies” of Our Mims lives on thanks to her dedicated husband, staff, and board of directors.

“The succession plan is all about how the officer ranks would change if something happened to me,” Mirabito explained. “The long-term succession plan is that the property will always be Our Mims Retirement Haven for as long as we have a board that can recruit someone to work at the facility and make sure that the bills are paid. My goal now is to keep Jeanne’s promise to Our Mims and that Jeanne’s work to draw attention to the retirement needs of Thoroughbred mares is never forgotten. But, if something happens to me, then I’m trying to get things put in place so that the farm is taken care of.”

Thoroughbred aftercare organizations must rely upon more than the actions of one person, but rather the collective dedication of many, inspired by a shared mission to care for retired racehorses. It’s crucial that aftercare charities have detailed procedures for the future of their organization and the future of their horses. Identifying succession roles and educating all members of the organization can be the difference between restructuring and ruin.

Looking back, one hopes Hettinger would be proud to be a part of the industry’s initiatives in aftercare–by supporting TAA-accredited aftercare organizations and the thousands of horses they serve.

Click here to read the April 2022 Second Acts article in the BloodHorse for free.