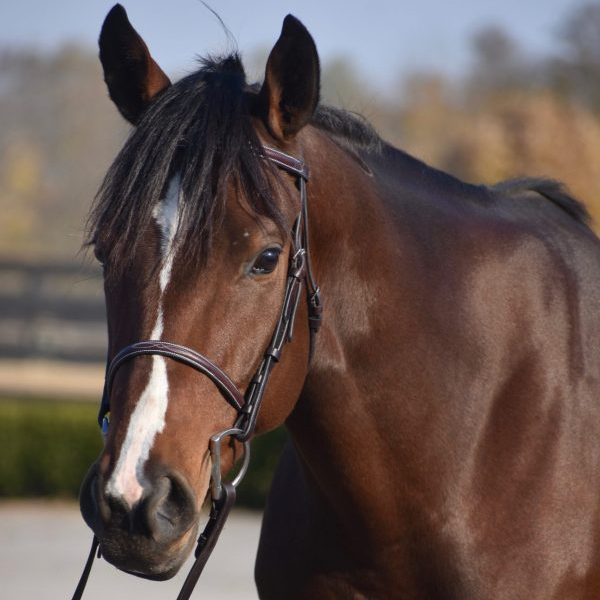 Ready to begin the young bay’s race training, Spotters Hill (IRE) left his Irish homeland and began his new life in the United States under the ownership of China Horse Club and Maverick Racing (WinStar LLC.).

“He was a perfect gentleman from day one,” Secretariat Center Executive Director Shelley Mann recalled. “He did have a previous injury that his owners did the first 30 days of rehab on, but there would be no limitations on his future once he was fully rehabbed.” 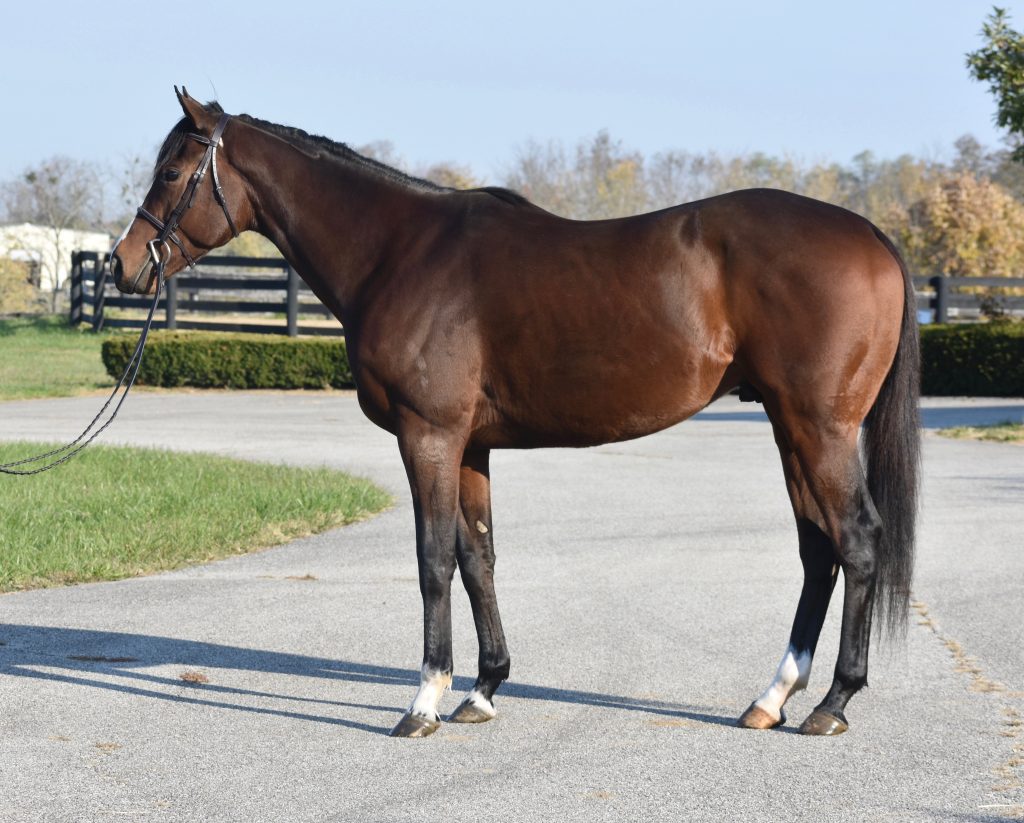 It was Spot’s gentle demeanor that stood out the most to Mann during his time at the center. Kelly Rhinelander, the Secretariat Center’s program coordinator, remembers the son of Iffraaj (GB)’s immediate bond to their miniature pony, Seabiscuit.

“He loved to play with his miniature horse companion, Seabiscuit,” Rhinelander said. “They would often race each other in the paddock.”

When Spot wasn’t frolicking with his mini counterpart, he could be found hamming it up with the TAA-accredited organization’s staff.

“Spot was a joy to be around,” Rhinelander said. “The easiest way to become his best friend is to scratch under his chin. He would often fall asleep if you scratched him long enough.”

The Secretariat Center staff came to love Spot’s in-your-pocket personality, but they knew they would have to say goodbye when the right person came along.

Walker was looking for another horse and heard about the Secretariat Center from a friend who had recently made the trip to Kentucky.

“A good friend of mine was looking at adopting an OTTB from the Secretariat Center,” Walker recalled. “She told me about how wonderful it was and that they had awesome horses, so I checked them out and everything she said was spot on.”

Although the Secretariat Center had a variety of adoptable Thoroughbreds to choose from, Walker and Spot were immediately drawn to one another.

“I’m Irish and he was born in Ireland,” Walker said. “I have had one other Irish born OTTB I just loved, plus Spot was young with only a few starts.”

Although the Secretariat Center had not yet had the chance to evaluate Spot under saddle and begin his retraining, Walker was determined to adopt him. 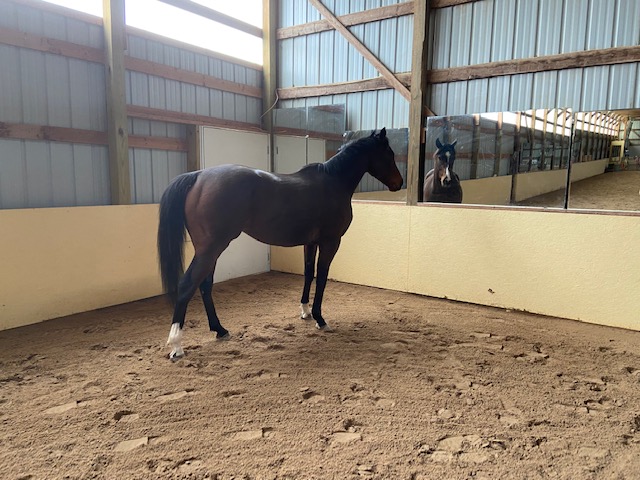 It seems the luck of the Irish paid off for this little bay gelding from across the pond as he settles into his new home.

“He’s awesome,” Walker said. “I have had him approximately three months now and could not be happier.”

After plenty of let down time while under the care of Mann and Rhinelander, Spot has taken to his retraining under saddle with ease. Walker reports Spot has been exceptional at listening to her seat and legs, seemingly getting softer in the bridle with every ride.

“This horse is super talented with a great brain,” Walker said. “He is smart, willing, happy, athletic, and talented – I am not sure what more I could ask for.” 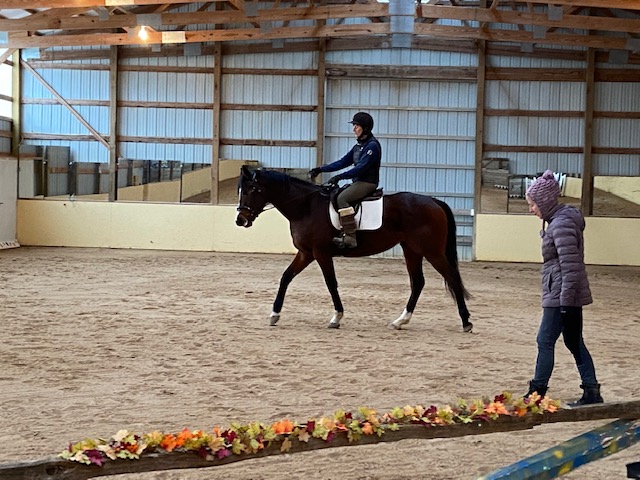 As for the future, Walker is looking forward to competing with Spot in low-level eventing and has her sights set on returning to Kentucky with her Irish partner soon.

“We think he found the perfect home with Patti Jo,” Rhinelander said. “We cannot wait to cheer him on when he returns this fall for the Retired Racehorse Project Competition.”