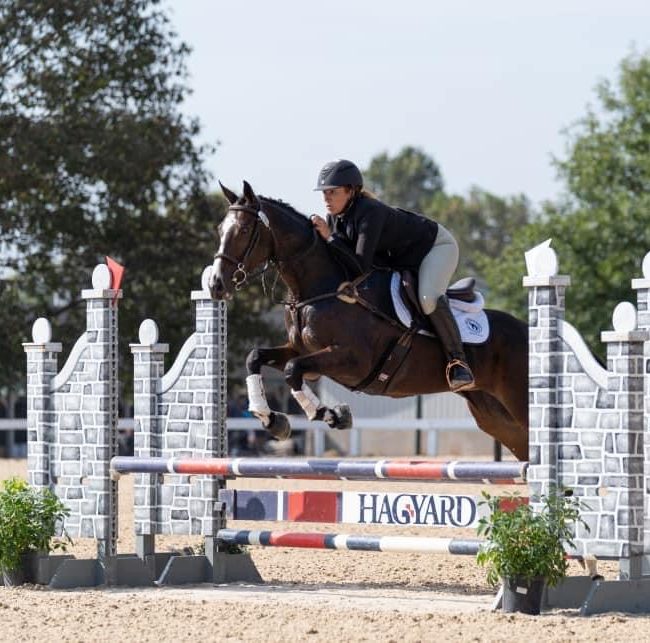 Bred by Don G. Trett, No Saint Sister was born in 2015. After 22 starts, the daughter of National Saint was decidedly not destined for success as a racehorse. No Saint Sister retired in 2019 with a record of 3-0-2 and earnings of $36,153.

While she did not have much luck on the track, No Saint Sister certainly hit the jackpot when she arrived at TAA-accredited Horse and Hound Rescue Foundation. Co-founder of the Oklahoma-based aftercare organization, Nelda Kettles remembers her first impression of No Saint Sister’s striking features.

“She was a lovely filly with unusual markings,” Kettles recalled. “She was your typical rather flighty filly so we gave her plenty of time to forget the racetrack and just be a horse.”

After some well-earned time off, Kettles and her team slowly began the retraining process in the round pen with groundwork. The sweet bay filly spent the next year in retraining, preparing to be someone’s perfect fit.

“We were just waiting for the right person and the right career,” Kettles explained.  “Horse and Hound has had several of our adopted horses go to the Retired Racehorse Project Thoroughbred Makeover and we just bust our buttons with pride with what these great off-track Thoroughbreds can accomplish.”

Working as an assistant trainer at JAKK Farms in Huntsville, Texas, it did not take Virginia Kate Morton long to recognize her boss, Karlie LeBlanc’s, passion and devotion to off-track Thoroughbreds (OTTBs).

“(Karlie) had several in the barn that she was working with, along with a brand-new horse she recently acquired from Horse and Hound,” Morton explained. “He was tall and kind. I was intrigued by the breed and giving horses a second chance at a new career.”

After her experience with LeBlanc’s new OTTB, Morton decided to take the short drive to Horse and Hound to see what other horses they had available for adoption.

“Virginia had actually driven up from Texas to meet another filly,” Kettles said. “But she fell in love with Sister.”

It was love at first sight, according to Morton.

“She was taller than the others and moved with the grace of a horse that knew she was something special,” Morton said. “After watching her prance around like the queen she knew she was, I needed to meet her closer up.  As they caught her and brought her in, I noticed a distinct blaze down her face and a sparkle in her eye.”

The rest, as they say, was history— Sister was headed to Texas. 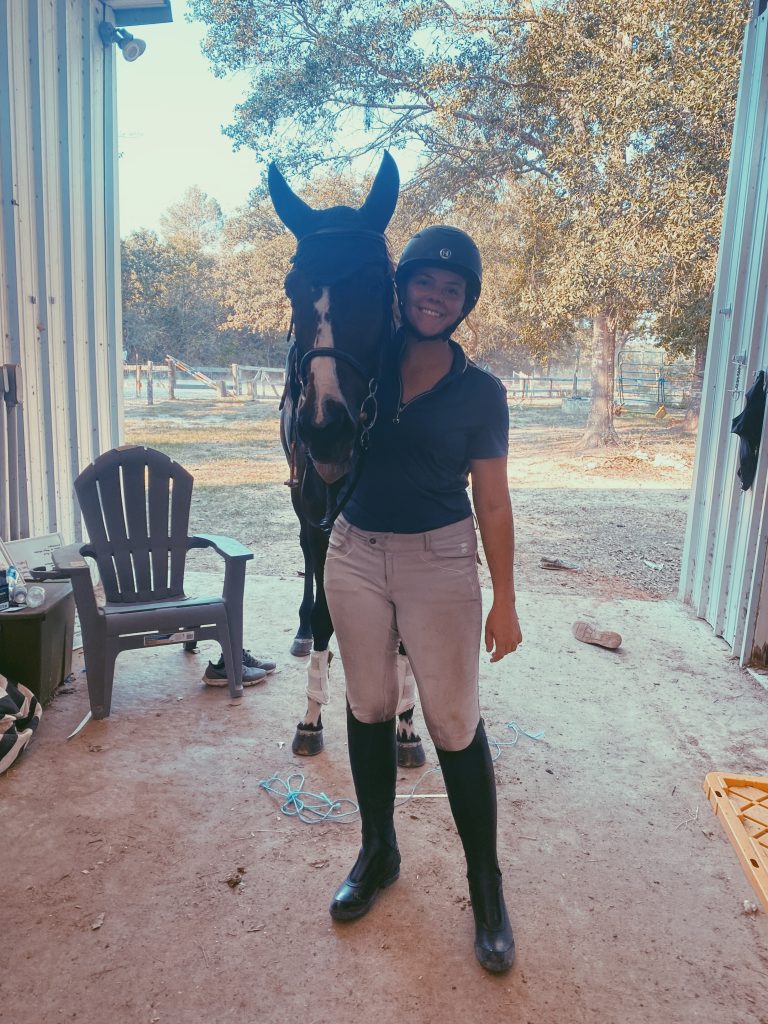 In her new home at JAKK Farms—a multi-discipline facility—Sister and Morton explored the many second career paths available to them.

“She was quick to learn her gates and control, but as we started to work over ground poles she got an extra spring in her stride and the sparkle in her eye got brighter,” Morton said. “So, we started working her in a program to allow her to develop strong foot work, which led her to develop an amazing form over jumps.” 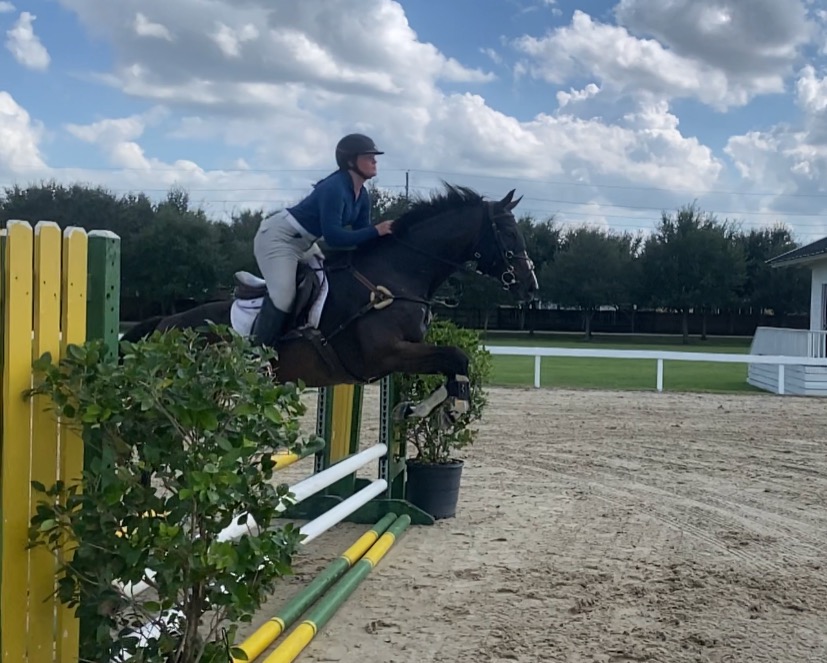 With JAKK Farms head trainer Karlie LeBlanc aboard, Sister competed in the jumper division of the RRP Thoroughbred Makeover last October in Kentucky. While the two did not make it to the finale, Morton was proud of Sister all the same.

“What I grew to love most about this mare was the fact that she always gave me 100 percent everyday, no matter what,” she said. “I couldn’t have asked for more from her because she was already giving me her all, each and every ride.” 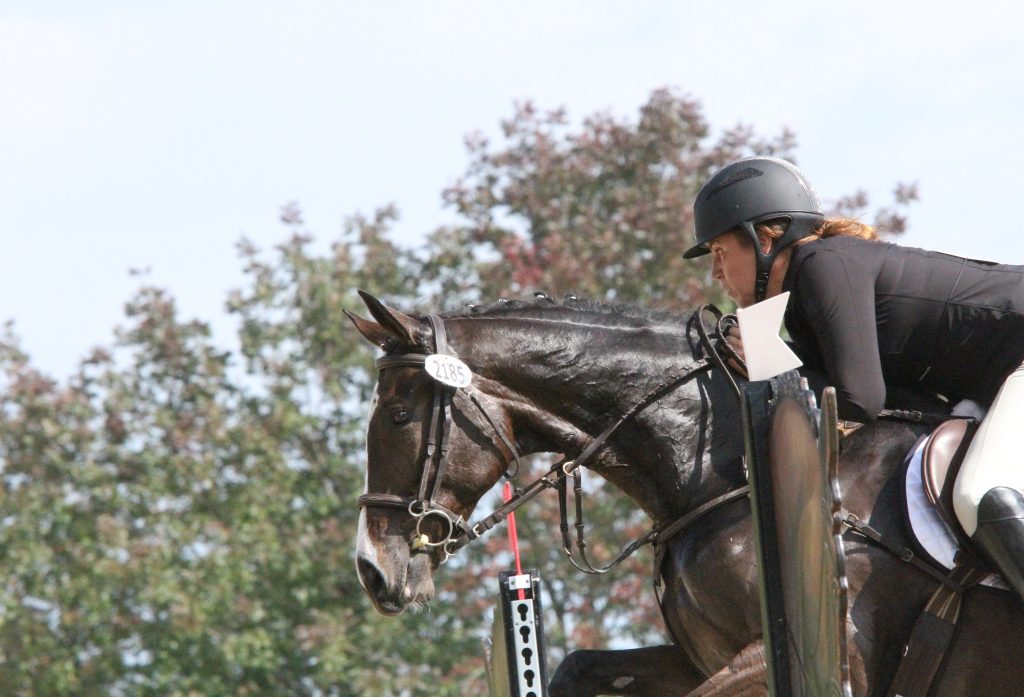