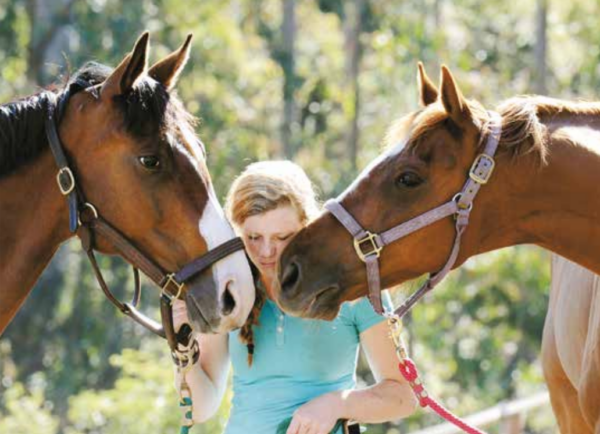 Square Peg Foundation was established in 2004 as an adaptive riding program for children with learning and/or developmental disabilities such as autism, ADHD, and Tourette’s Syndrome.

The innovative organization, headquartered in Half Moon Bay, Calif., offers a creative, healing approach to teaching students and training horses based on mutual need – the horses, some of whom were rescued from undesirable circumstances, benefit as much as the people involved.

Square Peg’s simple but powerful mission statement is: “We turn ‘I wish’ into ‘I can.’ ” Children learn to ride and care for animals much larger than themselves and in the process become advocates for those who have no voice, thus gaining a sense of confidence and empowerment.

Executive director and co-founder Joell Dunlap described Square Peg as providing a “yes” environment, “an intense experience that shows students they are capable of so much more than they imagined. The horse is a gentle judge of character, a unique example of gentleness and power who responds to all people according to their intentions – not to their age, size, race, or social status. We focus on building self-image, one student at a time.”

The 22 Square Peg horses, ranging in age from 3 into their 30s, found their way to the program in need of second – or third – chances. Many are Thoroughbreds who have been integrated into this adaptive horsemanship program for children, among them stakes-placed Momotombo; the aptly named Autism Awareness; Irresponsible King (aka “Stanley”), a royally bred son of Kingmambo and grandson of champion Eliza who knows tricks in addition to jumping, trail riding, and performing dressage; and Mythical Storm, a son of Fusaichi Pegasus who raced in Southern California and won at Santa Anita in his debut. 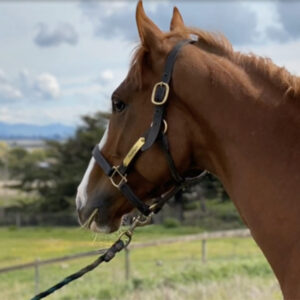 Penman – Penman made only four starts before deciding that life on the racetrack wasn’t for him, and he’s now part of an equine-assisted program. Read more >> 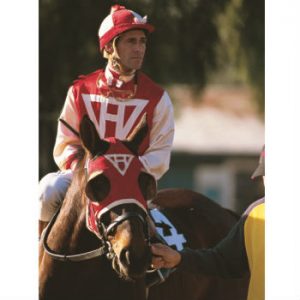 Fighting Furrari – Better known as the horse used in the 2003 movie “Seabiscuit,” he retired from his duties as Santa Anita Park’s mascot and now lives at Square Peg. Read more >> 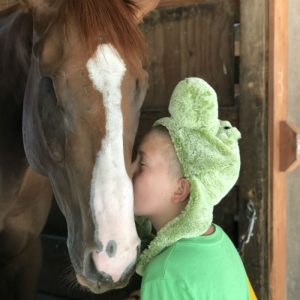