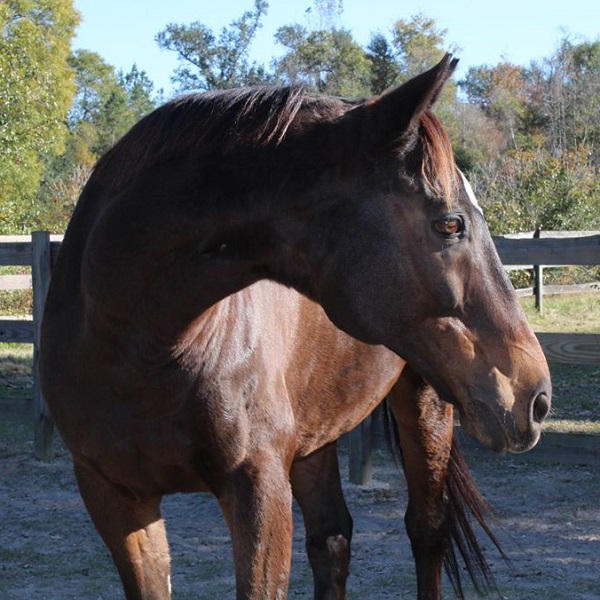 Stormin Eddie earned his warhorse status at 57 starts spanning seven seasons on the track. He retired to TAA-accredited Thoroughbred Retirement Network of Louisiana in 2012 with a record of 7-11-7 and earnings just under $170,000. The then 10-year-old gelding arrived to TRNL with a bowed tendon, and after a year of meticulous care began his training toward a new career with TRNL founder Cindy Morgan-D’Atrio and her team.

“He was so incredibly strong when we restarted him,” Morgan-D’Atrio said. “There was no canter, only gallop. At first, you could not sit to his canter and his trot needed lots of work. Everyone who rode him was worn out by the time they finished a schooling session.”

Over the past seven years, Stormin Eddie has become TRNL’s shining star and cherished ambassador, using the dressage court as his stage.

“He embodies everything that the Thoroughbred breed represents,” Morgan-D’Atrio said. “He has an incredible heart. When you ride him, you truly feel like you have a partner. He’s all in, every time.”

“He’s been shown at many recognized dressage shows and competed at the USDF Region 9 Championships three times, twice at training level and once at first level,” Morgan-D’Atrio said. “Eddie schools at a higher level and can perform second and third-level movements, but we will not compete him any higher due to the stress on his back end.”

Now, at 17-years-old, “Eddie” loves his job, although maybe a little too much.

“Earlier this year, we tried to give him some time off, but that didn’t go over so well with him,” Morgan-D’Atrio said. “When he was turned out in the arena, he’d actually trot 20 meter circles and change rein on the diagonal on his own. This happened a number of times before we realized what he was trying to tell us.”

Eager to get back to work, the son of Stormy Atlantic competed in the 2019 T.I.P. Championships, winning the training-level adult amateur division in dressage.

When Eddie isn’t dancing his way to victory in front of the judges, he’s at home with his two best pals just being a horse.

“Eddie” cements his place in the hearts of not just the staff at TRNL but all of those who have been lucky enough to meet him.

“Eddie absolutely loves giving wiggly nose kisses to visitors and eating plain glazed donuts as special treats after shows and big events. He is adored by everyone who meets him. He is so dearly loved.” 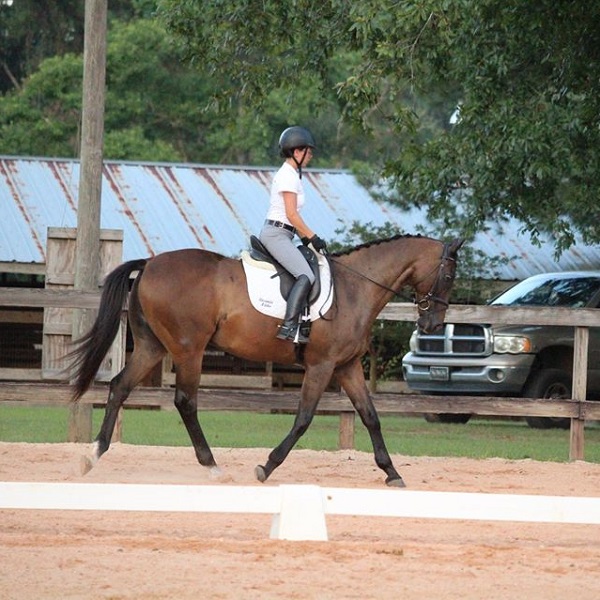 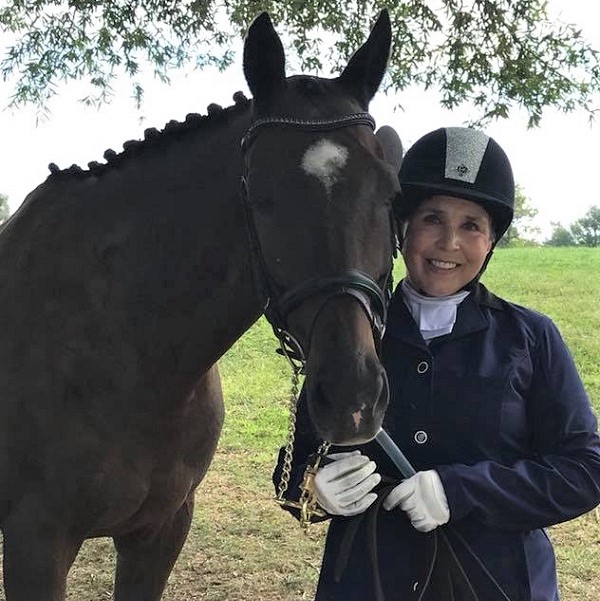