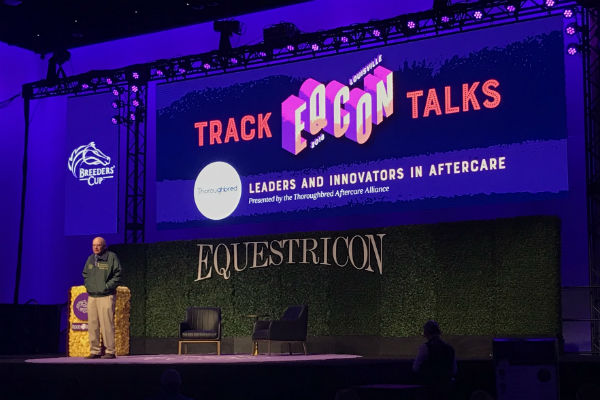 The TAA was honored to be the official charity partner of the second annual Equestricon, held Oct. 29-30 in Louisville, Ky. During the two-day convention, the TAA hosted the “Track Talks: Leaders and Innovators in Aftercare,” which featured speakers from various backgrounds talking about how off-track Thoroughbreds changed their lives.

Watch the entire session through the videos below.

Michael Blowen of TAA-accredited Old Friends spoke about how he fell in love with the sport of racing and why he decided to start Old Friends.

Military veteran James Stewart met an off-track Thoroughbred that helped him in a time of need, he spoke about their powerful bond and how that saved his life.