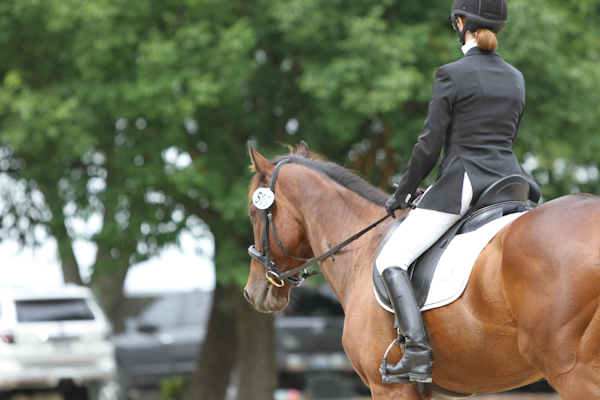 A total of 19 Thoroughbred Aftercare Alliance-accredited organizations are represented with entrants at the 2019 Thoroughbred Makeover Oct. 2-5 at the Kentucky Horse Park.

The TAA is sponsoring the TAA High Point Award, which will be awarded to the highest placing horse adopted from or representing a TAA-accredited organization. A cash prize and prize pack will go to the rider of the horse and the corresponding organization will receive a bonus on their 2020 grant from the TAA.

Among the entries are a few notable horses to keep an eye on during the competition:

One of the highest earners entered in this year’s Makeover is multiple graded stakes winner Tower of Texas (Street Sense), from Maker’s Mark Secretariat Center. The gelding earned more than $936,000 through six seasons. Read more on Tower of Texas in the BloodHorse Daily.

Also from the Maker’s Mark Secretariat Center is War Of Ideas (War Front), who was a $470,000 yearling.

Adopted from New Vocations is Virtual Machine (Drosselmeyer), who was runner up in the 2017 Westchester Stakes (G3) at Belmont Park.

Arch Daddy (Arch), from Final Furlong, is a half brother to multiple grade 1 winner and stallion Lord Nelson.

From Hidden Acres Rescue for Thoroughbreds, Reap (Arch) is a half brother to grade 1 winner Dublino.

Makeamericagreat (Street Cry) is a full brother to grade 1 winner and stallion Here Comes Ben. He was adopted from the Maker’s Mark Secretariat Center.

Akindale Thoroughbred Rescue‘s Art of Listening (Atie Schiller) is a half brother to grade 2 winner Linda. The gelding was retired through TAA aftercare partner Beyond the Wire. Read more about their grads at the Makeover here.

Local connections have a rooting interest in Don’t Tell Brandi (Daaher), who was bred and sold by the University of Kentucky before being adopted from the Maker’s Mark Secretariat Center.