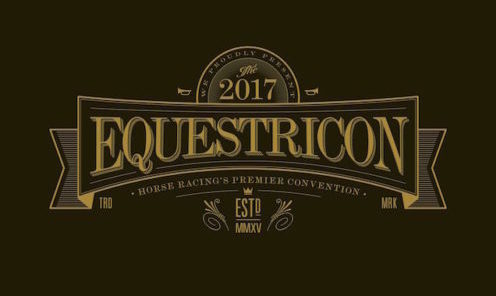 SARATOGA SPRINGS,NY. (March 14, 2017) – When the lights go on at Equestricon, the landmark racing convention will be the site of the largest single gathering of accredited organizations in the history of the Thoroughbred Aftercare Alliance (TAA), organizers announced today.  The TAA is the“Official Charity Partner” of Equestricon — the first international racing convention, fan festival and trade show.

“We couldn’t be more excited about being so closely aligned with this forward-thinking, innovative industry effort,” said TAA Operations Consultant, Stacie Clark Rogers.  “Aftercare has emerged as the preeminent issue tied to the future of our industry,and the team at Equestricon realizes that.”

The General Session for the inaugural convention will take place Monday, August 14 – Tuesday,August 15, at the Saratoga Springs City Center.  Tentatively scheduled to appear in the Equestricon “Aftercare Hub” in the main convention hall are 20 TAA-accredited aftercare groups from all over the United States. A full list of participating charities is attached to this release.

“I am so honored to participate in the‘Success Stories’ panel,” said Michael Blowen, President and founder of Old Friends, the Thoroughbred retirement facility with farms located in Georgetown,Ky., and in Greenfield Center, Ny.

“Thoroughbreds are the most athletic and willing equines, capable of succeeding in any discipline, not just racing,and this is a great opportunity for fans to see the full gamut of options available to them after the racetrack.  The formation of the TAA is perhaps the most effective change in racing today,” Blowen added.

Organizers of Equestricon indicated that more announcements regarding their support for TAA were forthcoming.  For additional information on the aftercare programming scheduled for Equestricon, and to purchase tickets for the convention, visit equestricon.com.

U.S. and Canada have been granted accreditation and received funding from the TAA.  To learn more about the TAA, visit thoroughbredaftercare.org.

Equestricon™ is the first international horse racing convention, trade show and fan festival. Founded by Dan Tordjman, Kathryn Sharp and Justin Nicholson, Equestricon™ is designed to bring the horse racing industry together in an atmosphere of entertainment, engagement and education.The inaugural Equestricon™ will be held in Saratoga Springs, kicking off on August 13, and continuing with its General Session August 14-15 at the Saratoga Springs City Center.The Thoroughbred Aftercare Alliance (TAA) is the official charity partner of Equestri- con™. For more information, please visit equestricon.com.