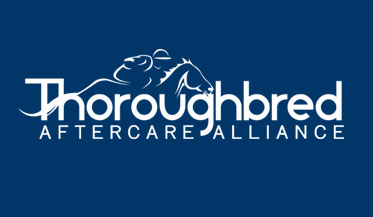 The Thoroughbred Aftercare Alliance (TAA) announced today the election of eight new members to its board of directors, including a new board president, to take effect the first of the year. Going into its fifth year of operation, this is the first election of new board members since the TAA’s inception.

“It is important to me that horse racing survives and, more important, prospers. To do so I believe the TAA addresses a general, and not unreasonable, concern regarding the future of the equine after racing,” said Phillips. “The fact is that our fans greatly care what happens to equines after racing. In order for this sport to have a viable future we must own up to this inescapable concern. The TAA is a rational, practical answer; retrain, retire or humanely manage. I want our sport to take responsibility for its future by making the TAA more a part of every aspect of our sport and industry.”

“The TAA has made so much progress in the last couple of years due in no small part to such a dedicated team of staff and a very engaged board. Through this period we have elevated the awareness of aftercare and have earned our stripes every day in maintaining and achieving the good housekeeping seal that the Thoroughbred industry has come to know and trust in aftercare management,” said James “Jimmy” Bell, Godolphin America president and TAA outgoing president. “We have a great new board going forward and a phenomenal new president in John Phillips, who brings not only passion but a tremendous intellectual and organizational skillset. The TAA is poised to make further strides in addressing the real needs of Thoroughbred aftercare.”

Based in Lexington, Kentucky, the non-profit Thoroughbred Aftercare Alliance accredits, inspects and awards grants to approved aftercare organizations to retire, retrain and rehome Thoroughbreds using industry-wide funding. Along with continued funding from its original partners Breeders’ Cup Ltd., The Jockey Club, and Keeneland Association Inc., the TAA is now also supported by owners, trainers, breeders, racetracks, aftercare professionals and other industry groups. To date, 64 aftercare organizations supporting more than 180 facilities across the U.S. and Canada have been granted accreditation and received funding from the TAA. To learn more about the TAA, visit thoroughbredaftercare.org.