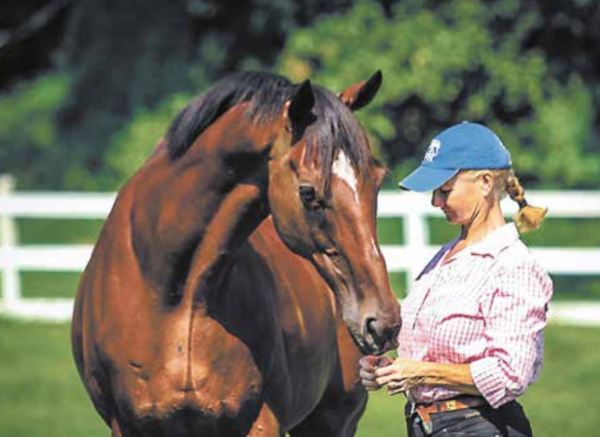 Thoroughbred Placement Resources was established in 2008 by hands-on horsewoman Kimberly Godwin Clark and her husband, William Clark, and is based at Leighton Farm in Upper Marlboro, Md.

A licensed trainer and exercise rider with more than 25 years of experience, Kimberly Clark has since been dedicated to providing ex-racehorses with bright futures while retraining them for second careers.

The organization advocates on behalf of off the-track Thoroughbreds while directly assisting owners and trainers in appropriately placing horses whose racing days are over. Education has been a significant component of Thoroughbred Placement Resources’s work – informing the public and prospective owners as to the advantages of ex-racehorses through clinics, books, and newsletters. While Thoroughbred Placement Resources has engaged in rescue work, Clark notes that the point of their effort has been to avoid reaching those situations.

Since its inception in 2008, some 900 former racehorses have been safely transitioned through Thoroughbred Placement Resources’s retraining program, with many launching successful second careers as eventers, show jumpers, and dressage performers. And while most “graduates” were themselves unremarkable racehorses, there have been exceptions, among them grade 3 winner Foufa’s Warrior, who finished seventh in the 2003 Preakness and later became bored with retirement; $505,591-earner Barcola, third to champion Curlin in the grade 1 Stephen Foster; and multiple stakes winners Frisky Spider and Network.

It is known that animals possess therapeutic healing qualities, thus in 2015 Thoroughbred Placement Resources launched “Hero Horses,” bringing military veterans to Leighton to interact with the Thoroughbreds. In some cases, both human and equine need to rebuild lives and learn to trust again. “Everybody wins with this program,” Clark said.

As a nonprofit, Thoroughbred Placement Resources is 100 percent volunteer run and largely dependent on tax-deductible donations.