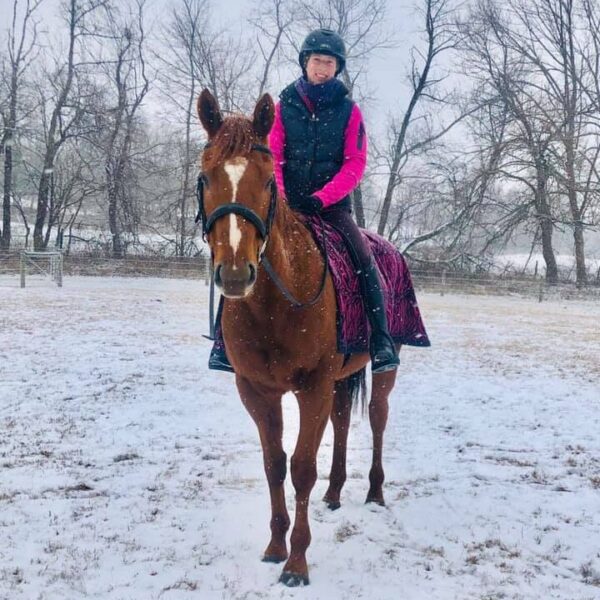 After 12 years full of showing and riding, Kayla Johns knew that it was time to retire her horse Cody. So, she began looking for a new equine partner—a horse that could be kept at her house, a mount good for trail rides and an occasional show, and most importantly, would be a good fit with her family.

Intrigued by a chestnut she saw posted on the New Beginnings Facebook page, she contacted the TAA-accredited organization to schedule a visit. Upon introduction, she was immediately enamored with the horse. It seemed like Urban Burn checked all of the boxes.

“I was drawn to his sweet soft eye, smaller size, and his laid back way of going,” Johns said. “He looked like a horse that was sweet in disposition and would pretty much be willing to try anything you’d ask of him, whether it be english, western, or trails. When we drove out to meet him, he was so sweet and I instantly fell for his personality.” 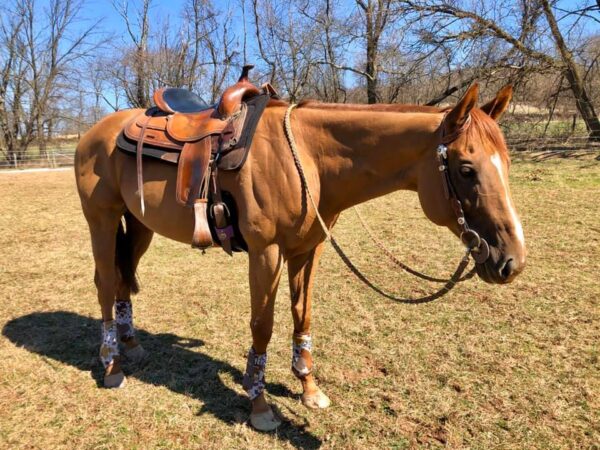 On the track, Urban Burn earned $94,465 through 31 starts mostly in claiming races and finished his three seasons on the racetrack with a 4-6-5 record. The City Zip gelding was bred by Red Oak Stable and is out of stakes winner Feel That Fire, making him a half brother to millionaire and multiple grade 1 winner Mind Control.

Now, he’s living a slower pace of life and is enjoying his new human and equine family, which includes Johns’ retired mount Cody and a mini horse named Finn.

“Our son was only four months old when we met Urban, and he was so gentle and friendly around him,” she said. “He was great when I rode him, loved being groomed—which is a common nightly activity in the barn when I do night check—and also liked treats so my husband joked that he already fit right in with our other two horses.”

As Johns spends more time with Urban Burn, the two have done some dressage and western work, but she looks forward to enjoying more time out on the trails once the weather warms up. 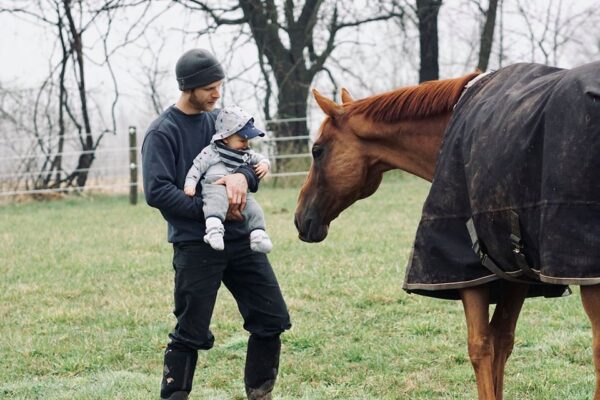 “As far as goals go, definitely trying to get him out on trails this year,” she said. “Very excited for that and in general I’ve been enjoying him a lot. He loves to please and tries his heart out when you ask something of him. He is just a sweet boy to be around and makes us laugh with his goofy personality.”