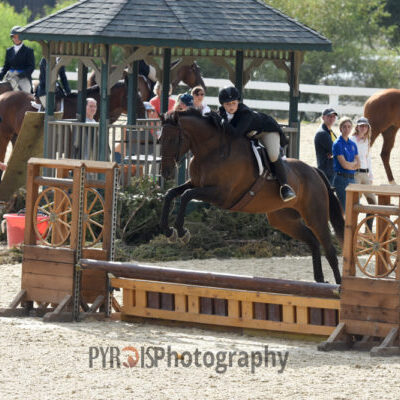 Callmetony was a hard knocker, earning more than $660,000 the hard way. The Runaway Groom gelding made 85 starts at 11 different racetracks through nine seasons on the track.

He visited the winner’s circle 21 times and closed out his racing career in the claiming ranks on the East Coast in 2012 at age 11. Later that year, he began a life off the track at TAA-accredited Akindale Thoroughbred Rescue.

When Belle DeVault headed to Akindale, she had a list of what she couldn’t buy from her trainer: no green horses, no off-track Thoroughbreds, nothing shorter than 15.3, and nothing younger than 11 or older than 15.

“When I outgrew my pony, my mom and I decided it was time to finally buy a horse,” she said. “My trainer wanted to give me a break from green ponies and wanted me to get something to show me the ropes of the show world.”

Enter Callmetony, who stands at 16 hands, literally the only requirement of DeVault’s trainer he checked. Regardless, she gave him a try. 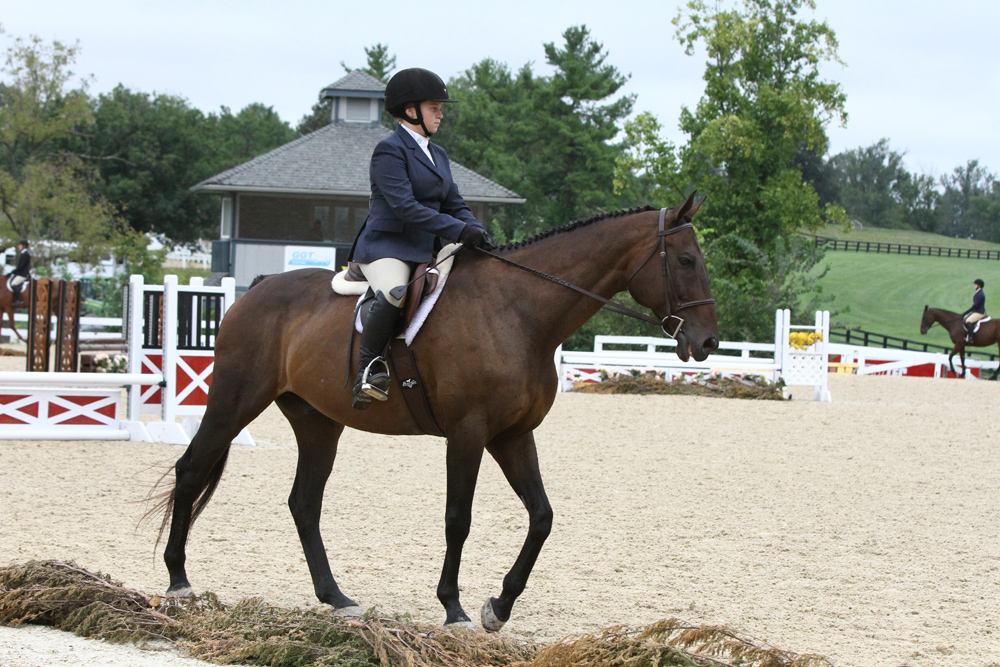 Callmetony and DeVault at the TIP Championships. Photo: Suzie Oldham

“There was an instant connection. He was so personal, and just had a great attitude about everything. He’s just a really cool horse that’s willing to do anything you ask him to, and make you laugh when it doesn’t turn out so well,” she said.

“I tried a few horses after that but no one stood out after riding him. We tried him again with my trainer, and her words to my mom were ‘He’s either going to kill her or teach her how to ride.’ My trainer could not stand him for the first month, but after two years of being the very best boy, he’s one of her favorites and you can always see her in between rounds giving him some of her snacks.”

DeVault and “Tony” have progressed through the levels at horse shows, and the duo has even made multiple journeys to Kentucky to compete in the New Vocations All Thoroughbred Show and Thoroughbred Incentive Program Championships at the Kentucky Horse Park.

While DeVault said her show goals have shifted as the pair advanced, her objective of learning as much from him as possible hasn’t changed.

“Tony has taught me so many lessons. Not just distances or lead changes, but life lessons,” she said.

“Tony’s taught me that regardless of the round, every horse deserves a pat on the neck, and he’s shown me how to be the best partner I can be. He’s the very best horse I could ever ask for and he’s the reason I won’t adopt any other breed.”